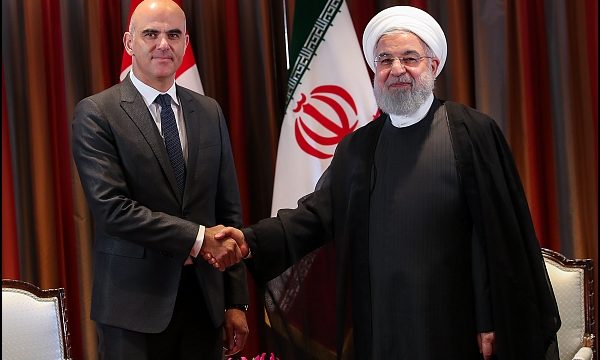 Photos: Presidents of Iran, Switzerland confer with each other

president.ir – President of the Islamic Republic of Iran stressed, “Countries around the world supporting and protecting the Joint Comprehensive Plan of Action (JCPOA) is not just supporting Iran, but supporting an agreement endorsed by the UN Security Council and peace and security in the Middle East”. In a meeting with President Alain Berset of Switzerland on Wednesday in New York, President Hassan Rouhani described development of relations and cooperation between Iran and Switzerland in different political, economic and cultural fields important, adding, “The Iranian nation respect the government and people of Switzerland in a special way”. 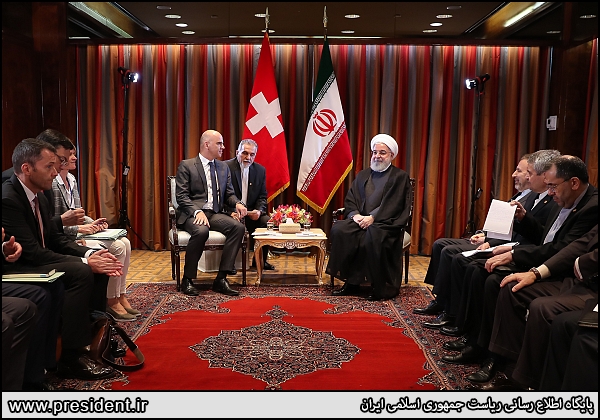 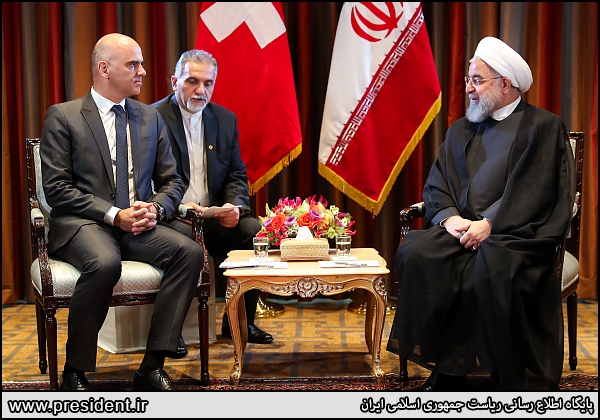 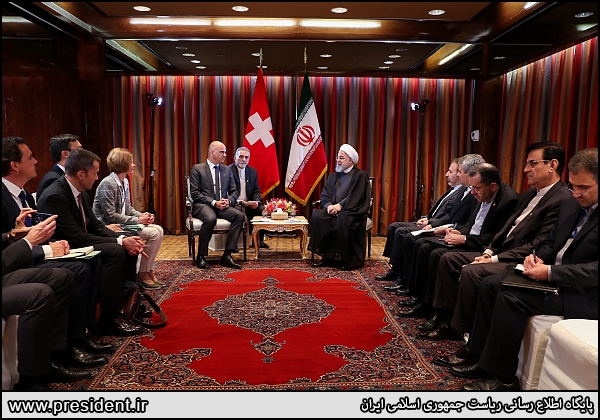