Iran Front Page – IFP has taken a look at the front pages of Iranian newspapers on Wednesday, September 26, 2018, and picked headlines from 17 of them. IFP has simply translated the headlines and does not vouch for their accuracy.

All papers today covered the speeches delivered by Iranian President Hassan Rouhani and US President Donald Trump at the 73rd gathering of the UN General Assembly in New York.

Also a top story today was the meeting of Iran and the P4+1 – Russia, China, Germany, France, the UK, and the EU Foreign Policy Chief – in New York, during which the EU vowed to create independent payment channels for maintaining trade with Iran and save the Iran nuclear deal.

The Iranian Parliament’s approval of two bills related to Iran’s adoption of the FATF standards also received great coverage today. The bills, which had been rejected by the Guardian Council, now need the ratification of the Expediency Council to be signed into law. 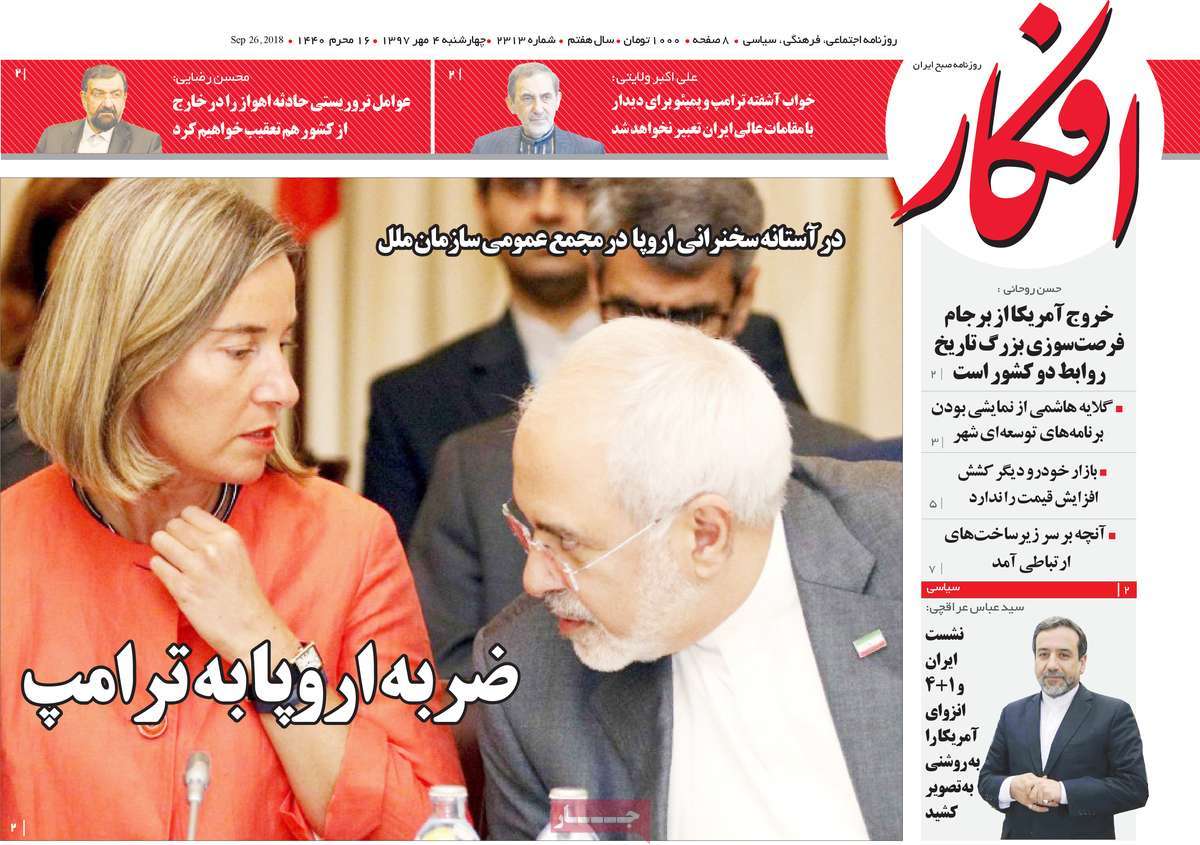 1- Rouhani at UNGA: For Dialogue, There’s No Need for Joint Photo 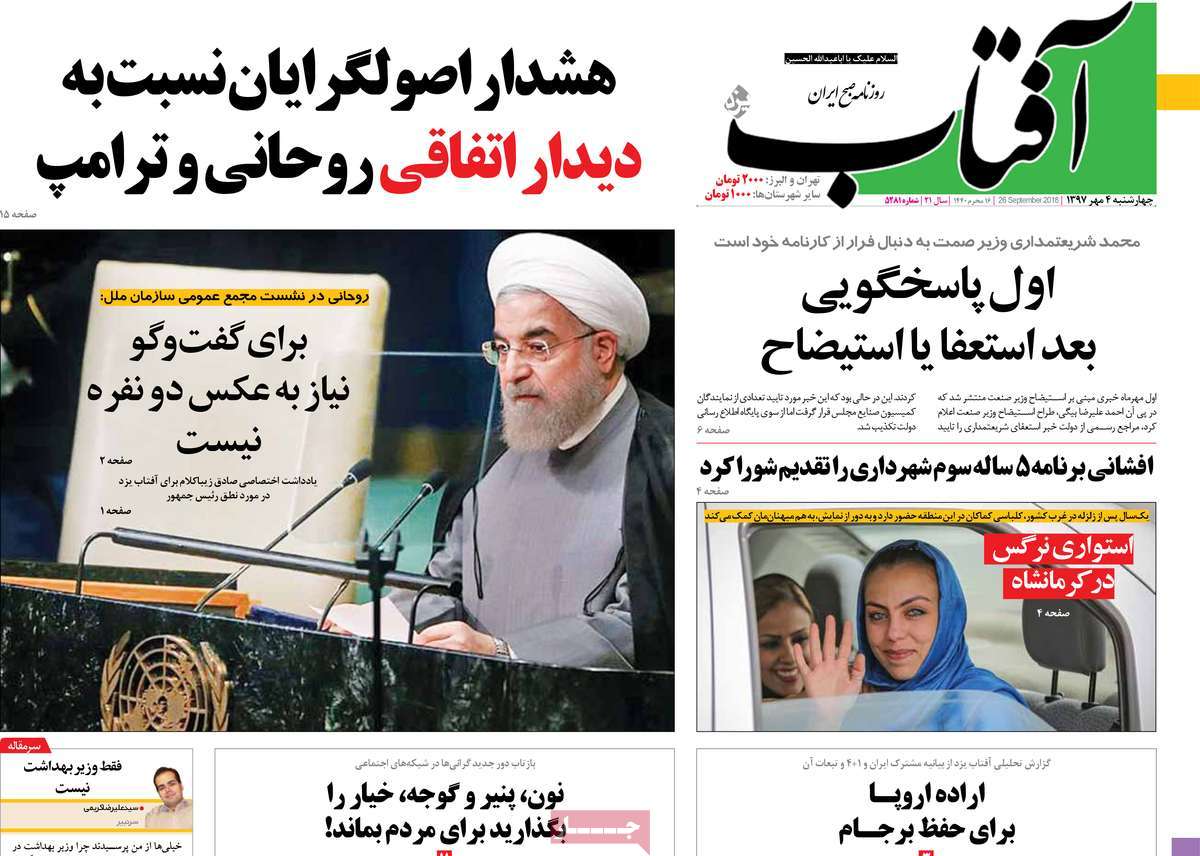 1- Negotiation from This Point of Time

2- Cabinet to Be Strengthened after Rouhani’s Return 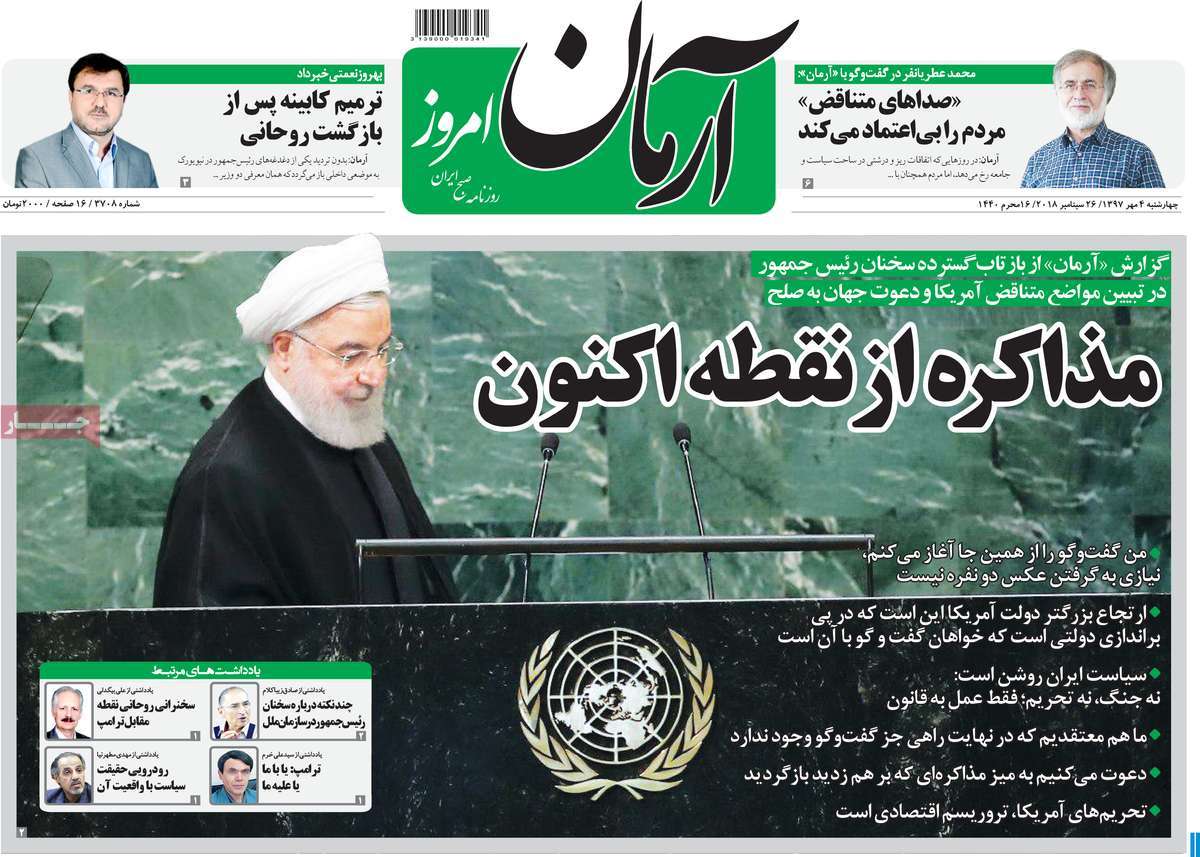 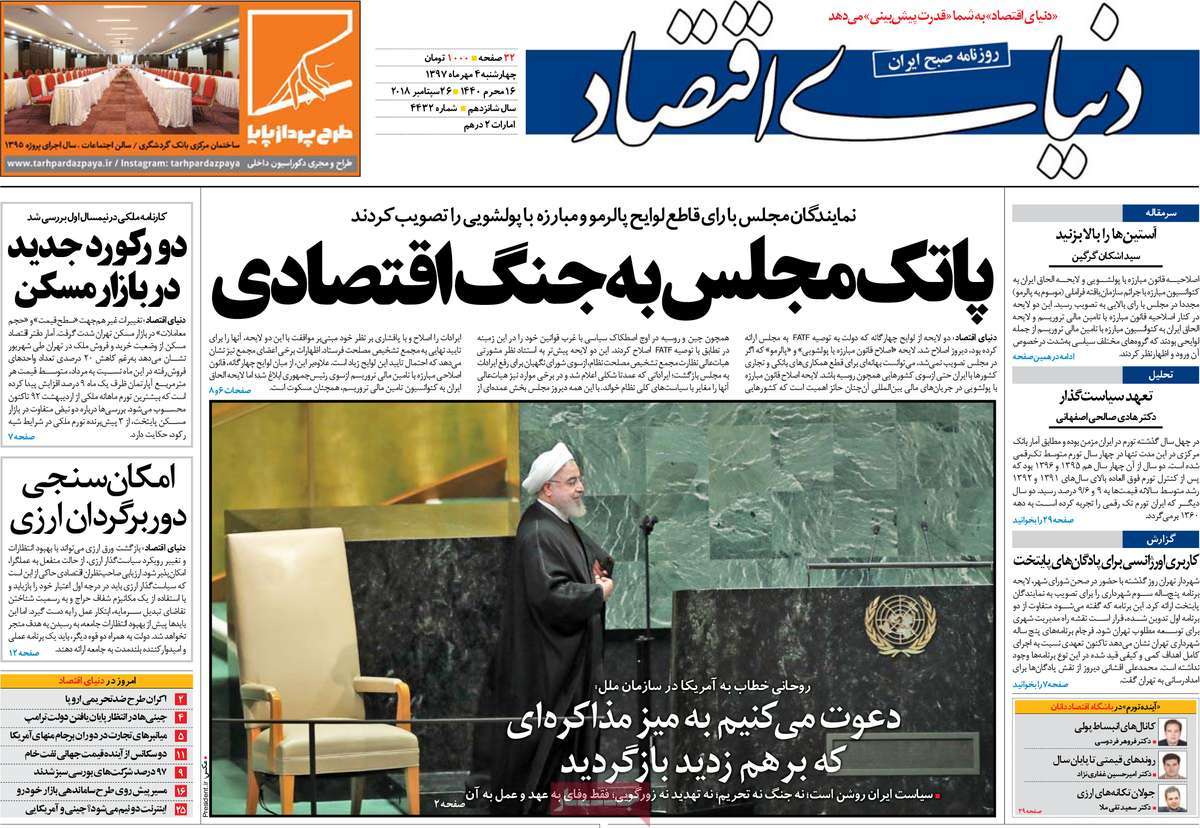 2- Best Friend for the World; Rouhani Talked of Beginning of Talks with US at UNGA 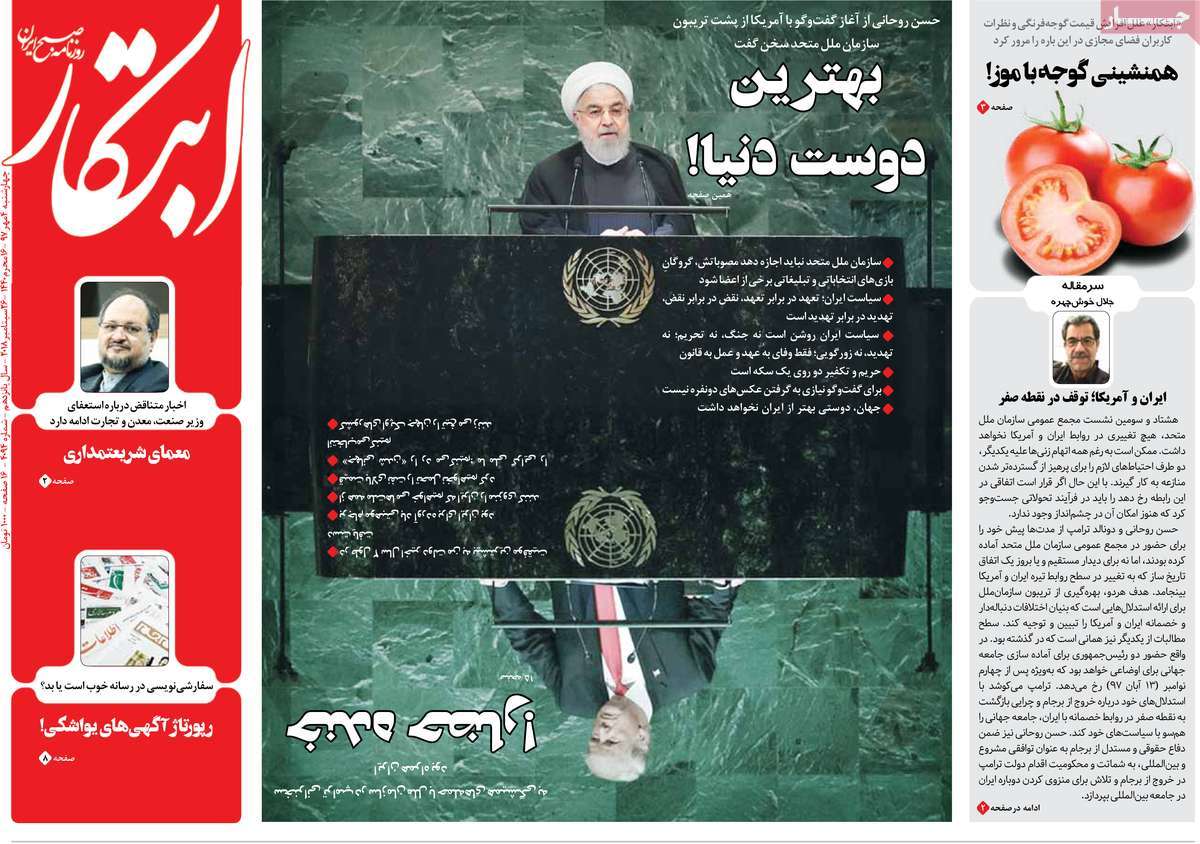 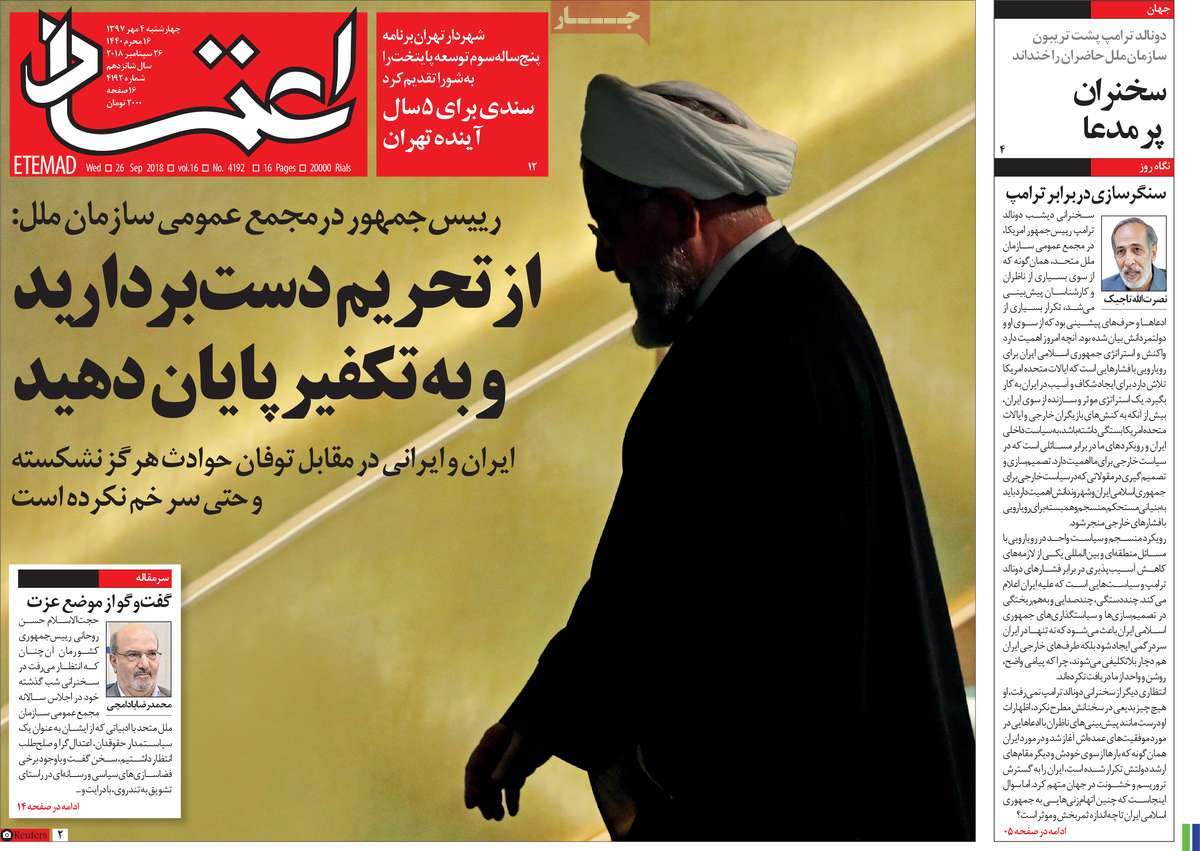 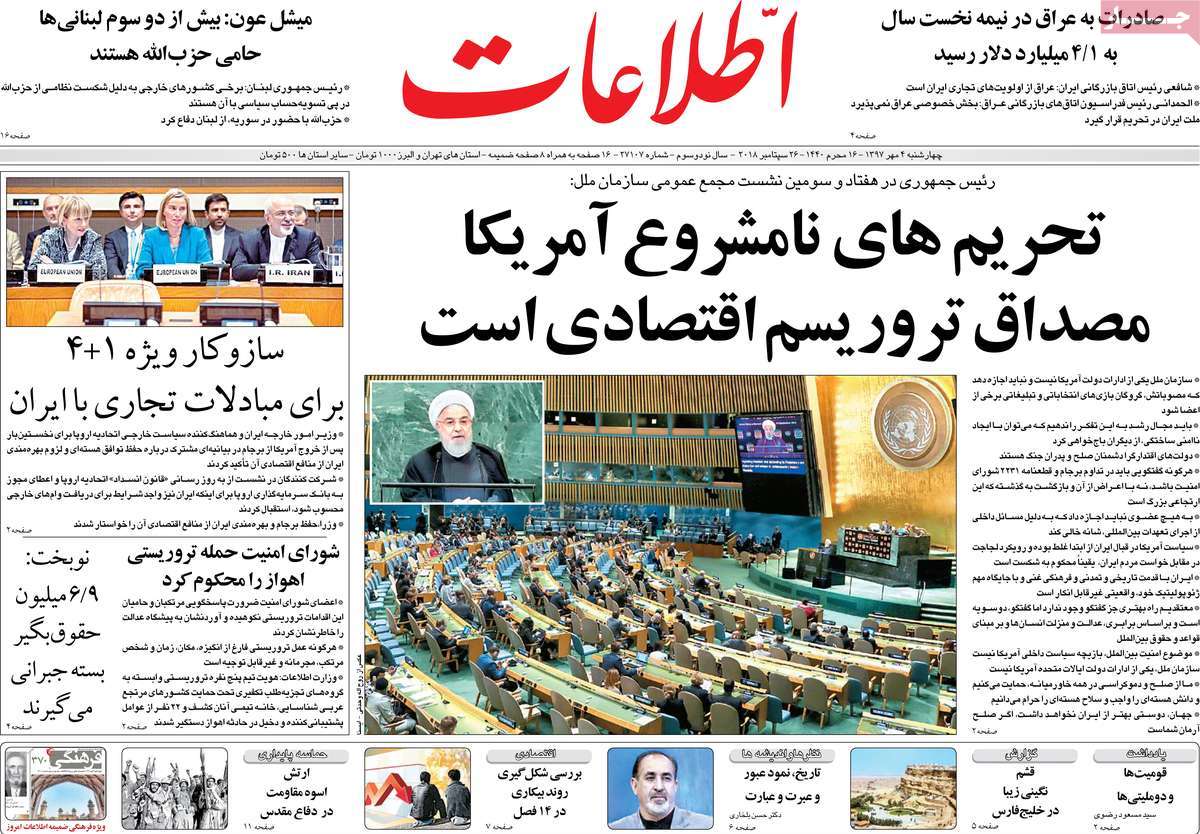 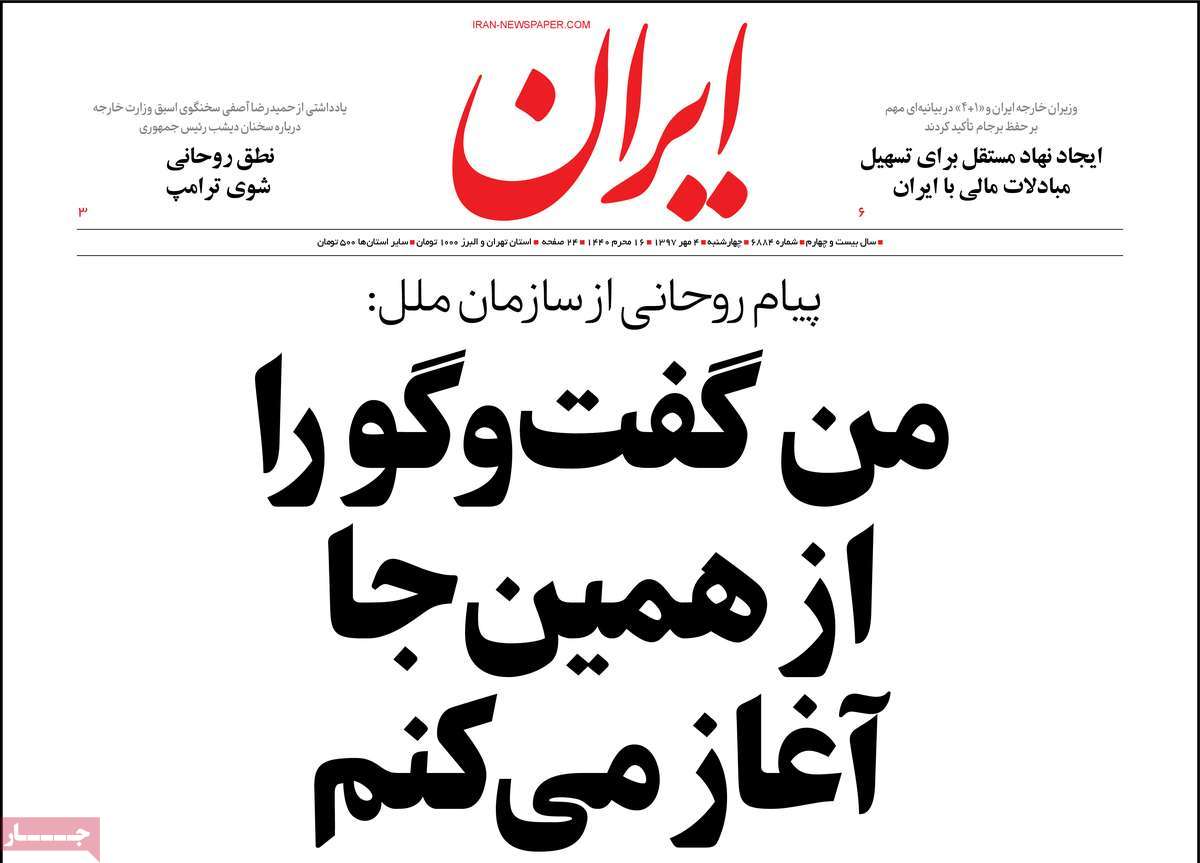 1- Rouhani Declares Iran’s Approach to US Violation at UNGA

2- US Dollar Rate Not Changed from Outside Iran 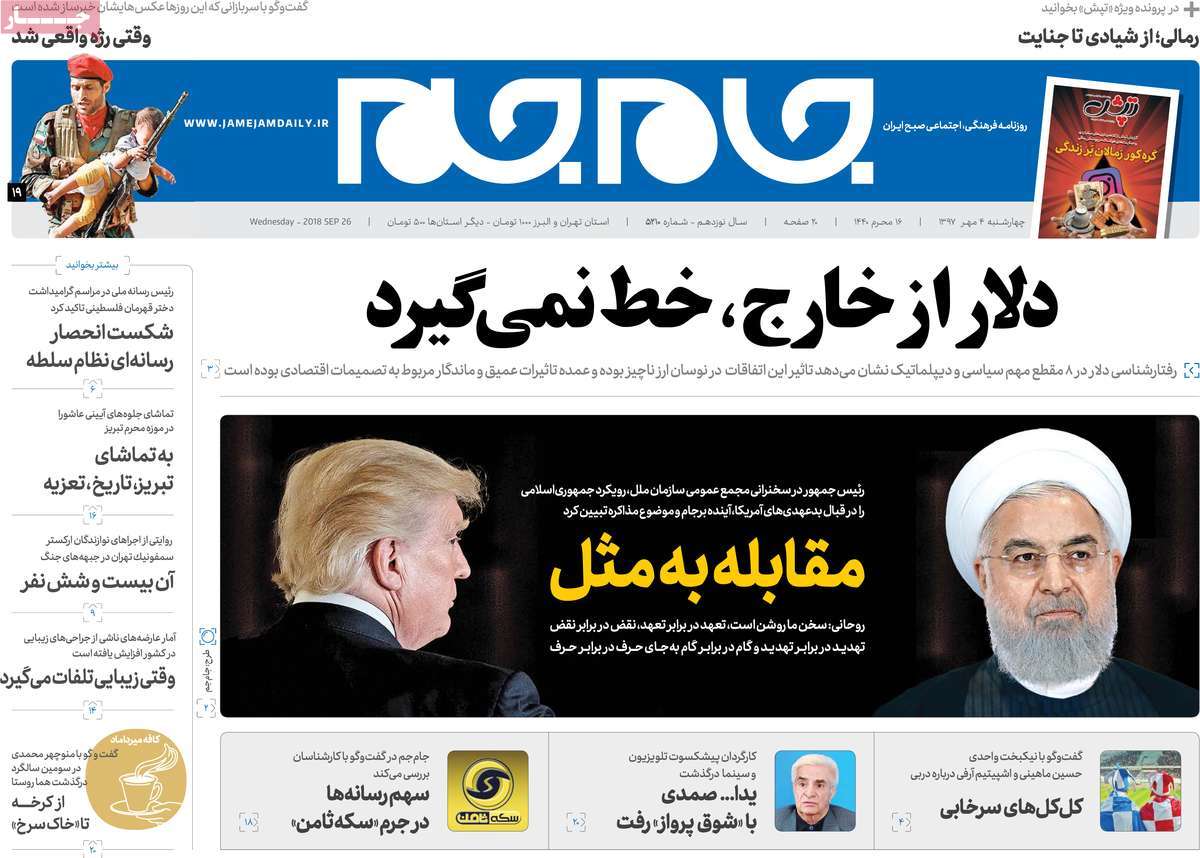 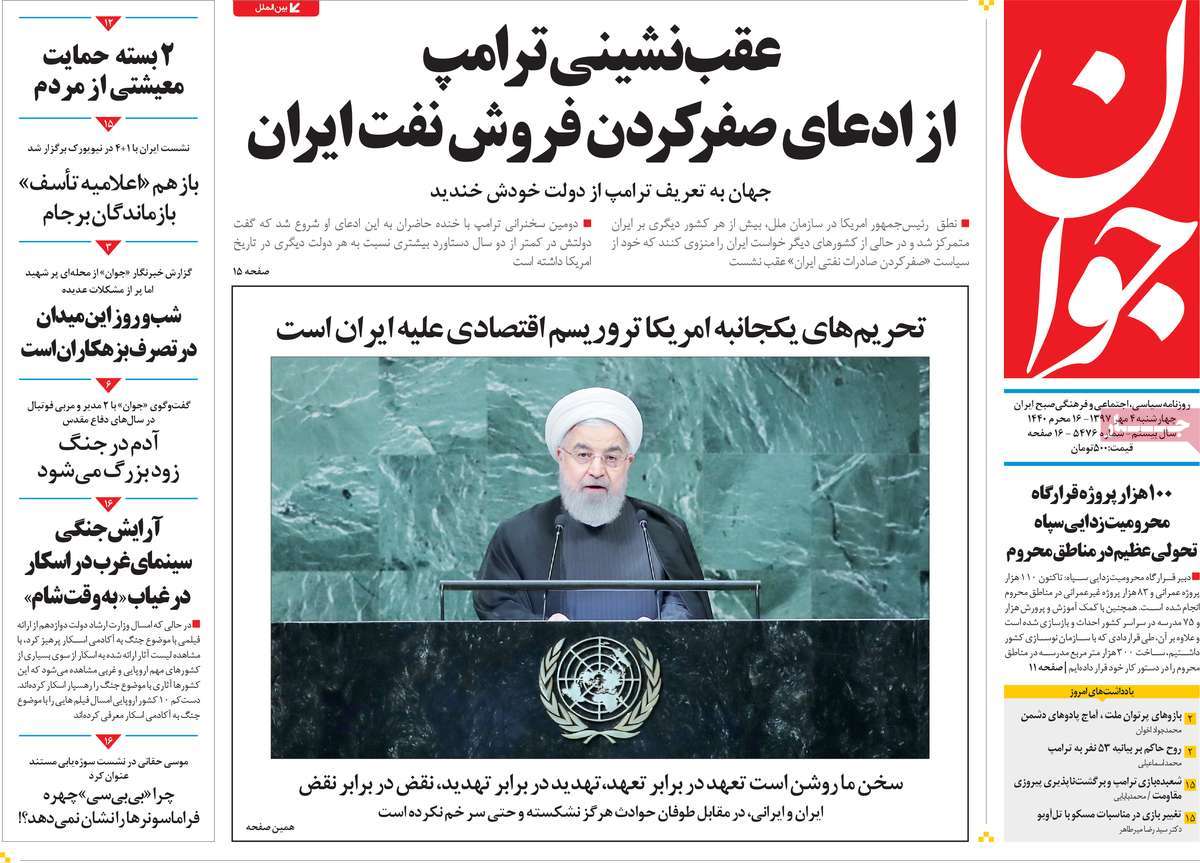 2- Iran Can Sell More Oil If Officials Give Permission 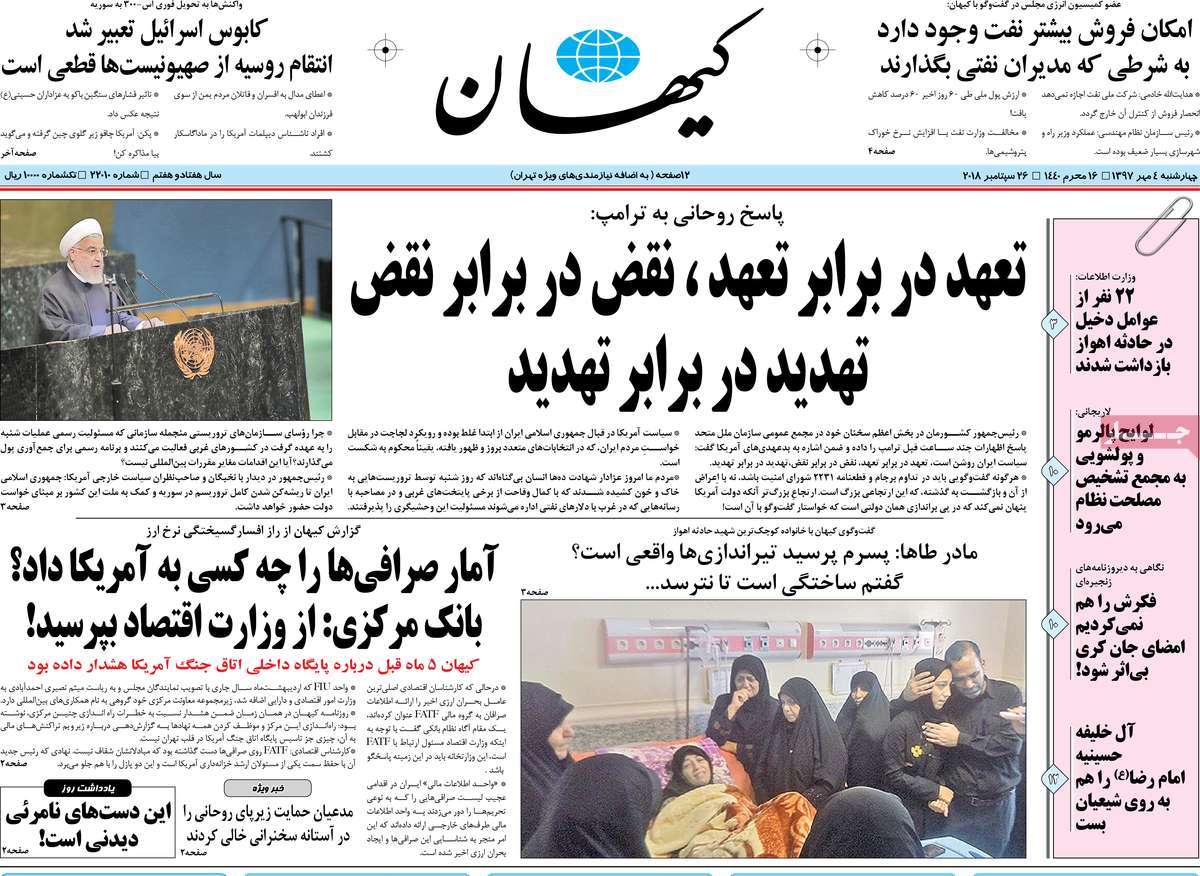 2- Trump against the World, World against Trump [Editorial] 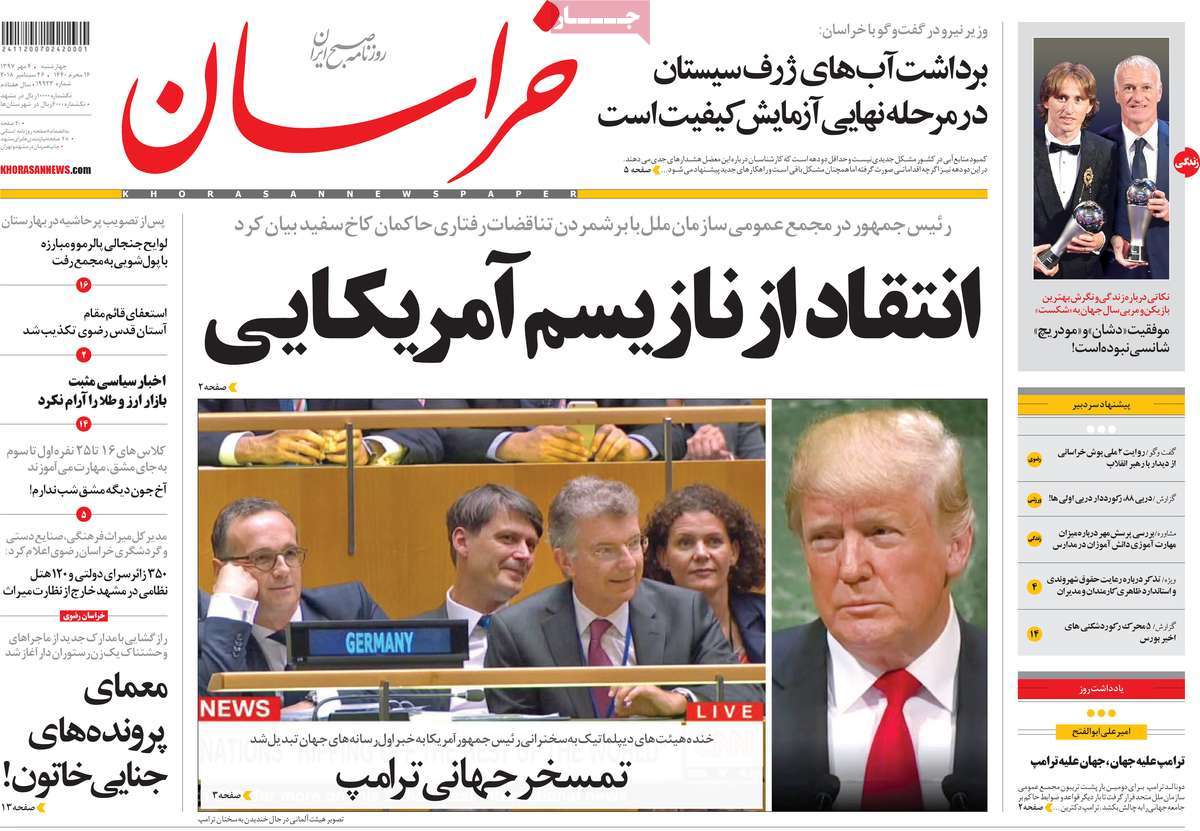 1- US against the World: Trump Speaks Out against Socialism, Globalization 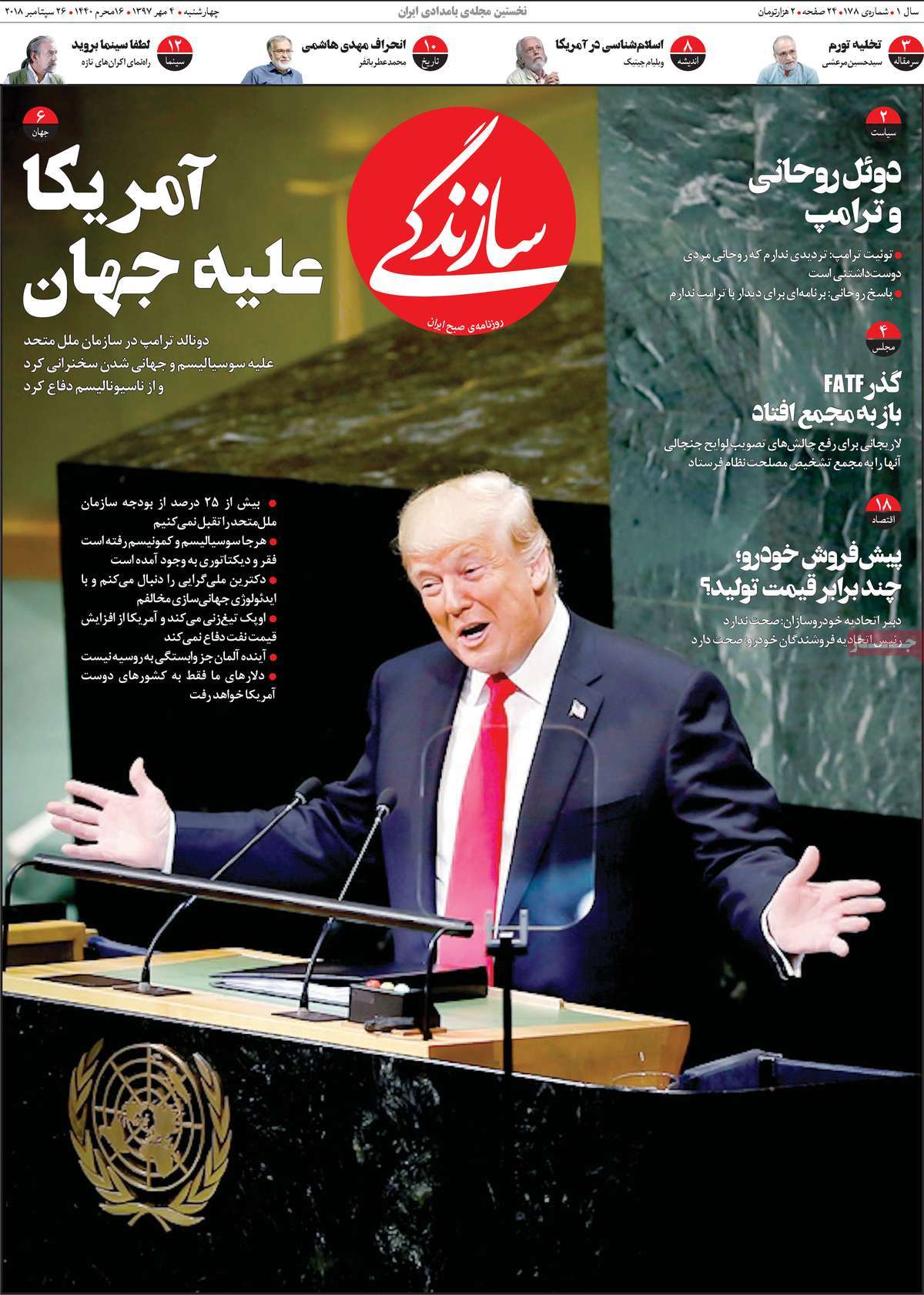 1- All Paths Lead to FATF

2- Global Determination to Save JCPOA

3- Who Was Fifth Terrorist? 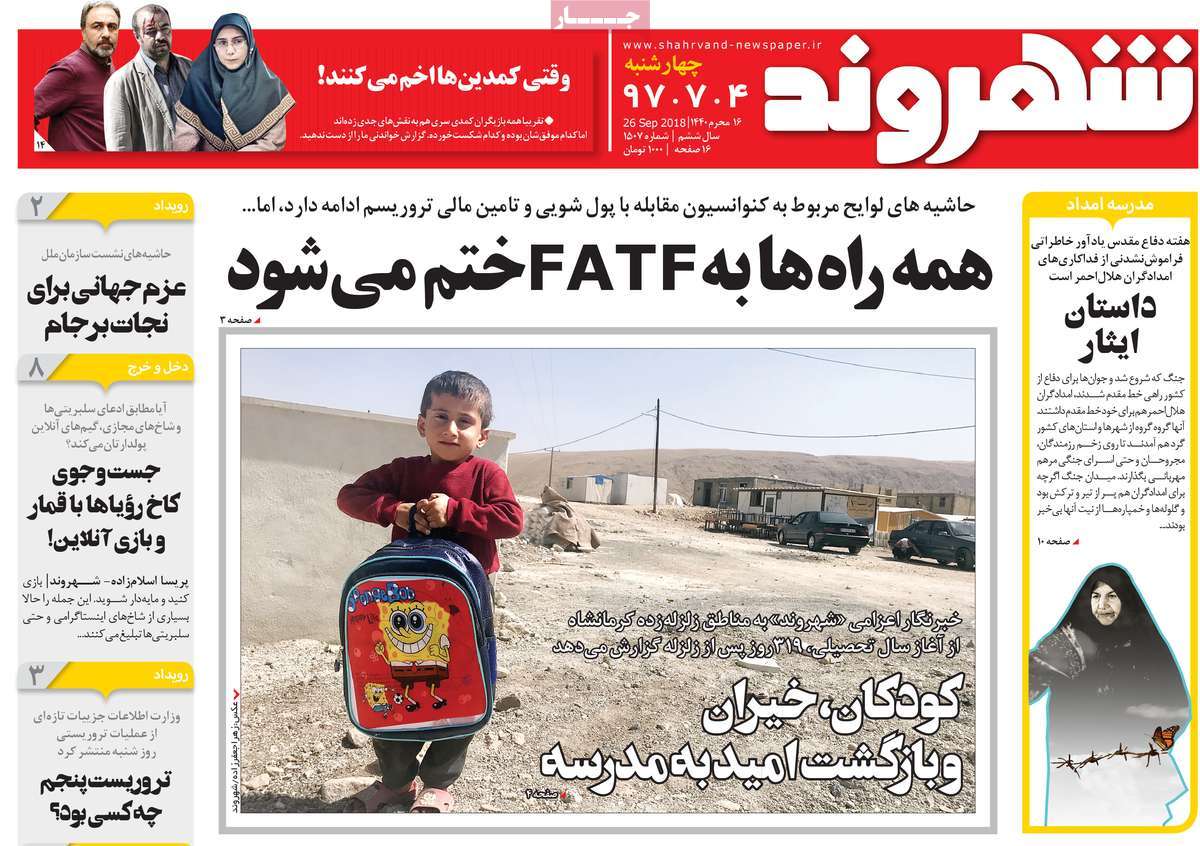 1- Rouhani: Dialogue Must Be Mutual, Based on Justice, Equality

2- Iran Can Be Best Friend of the World If You Seek Peace: Rouhani 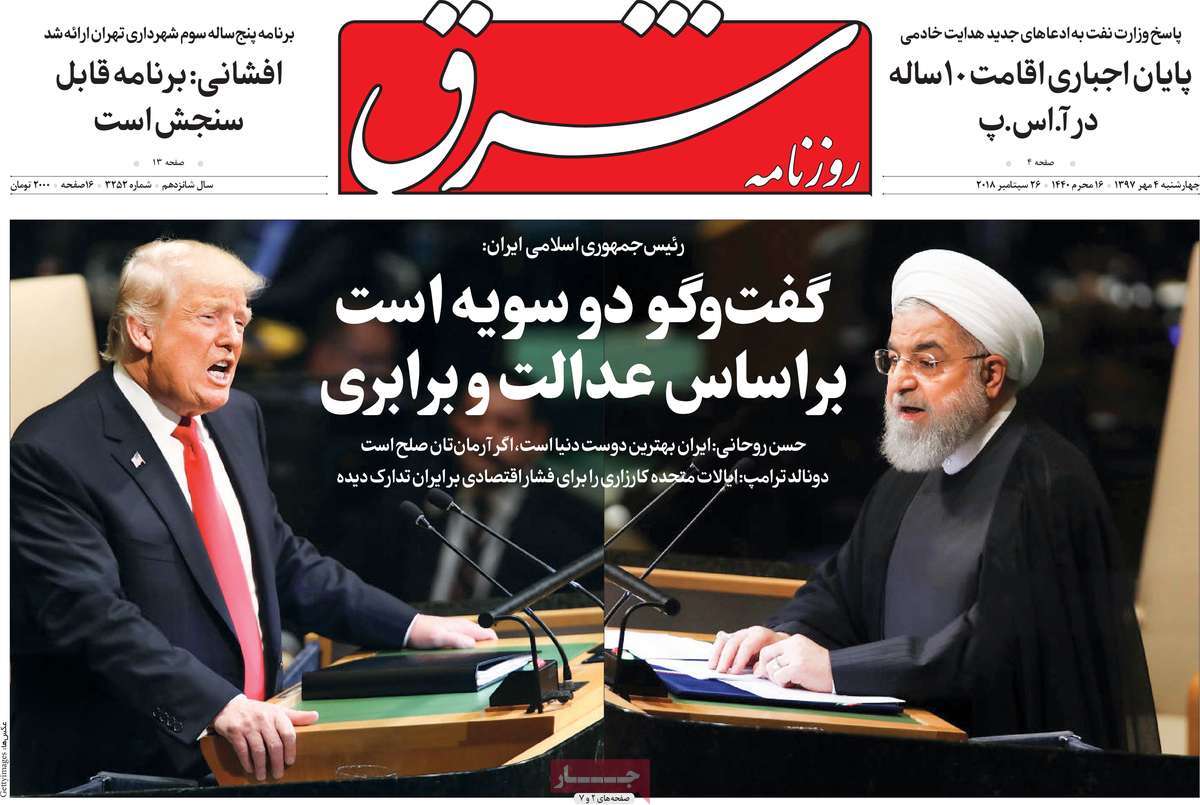 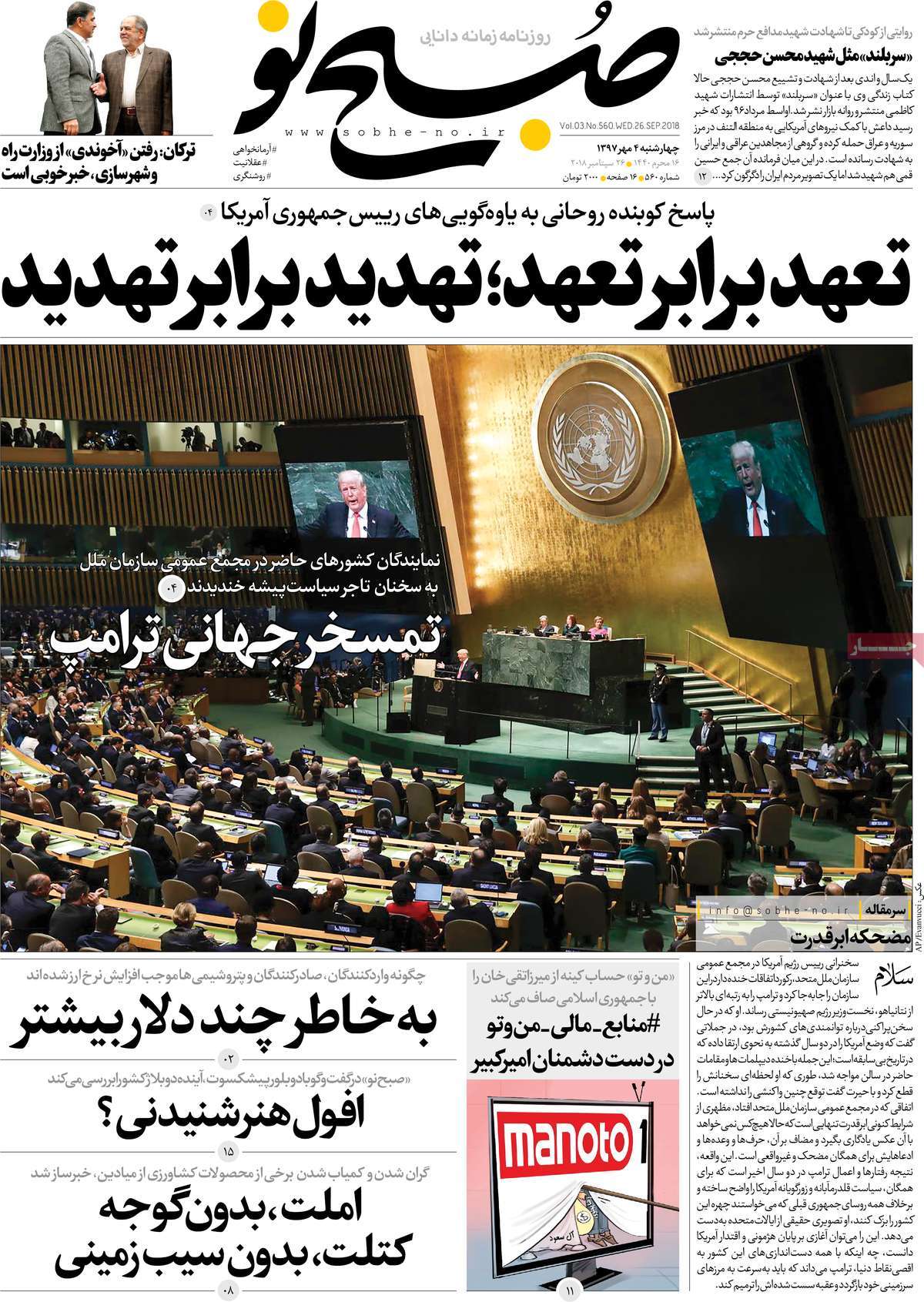 1- Rouhani What Are Terrorists Doing in Western Capitals? 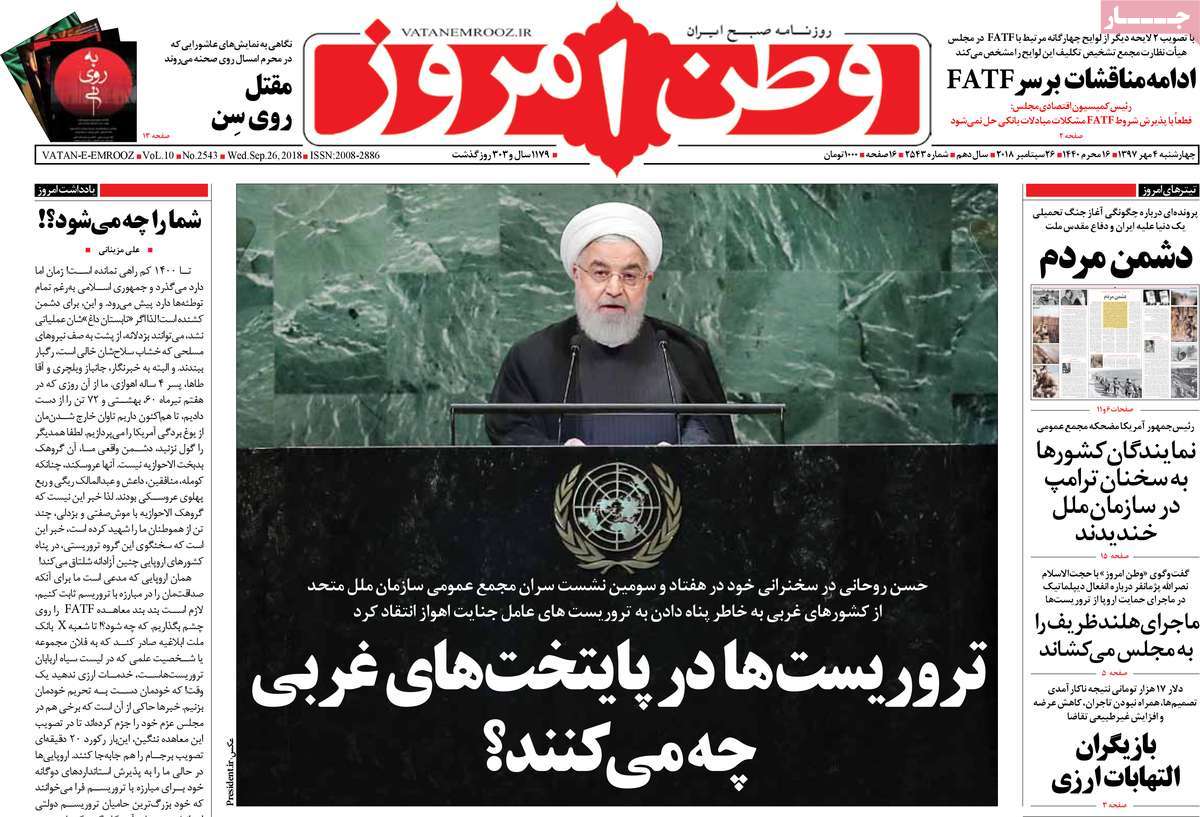