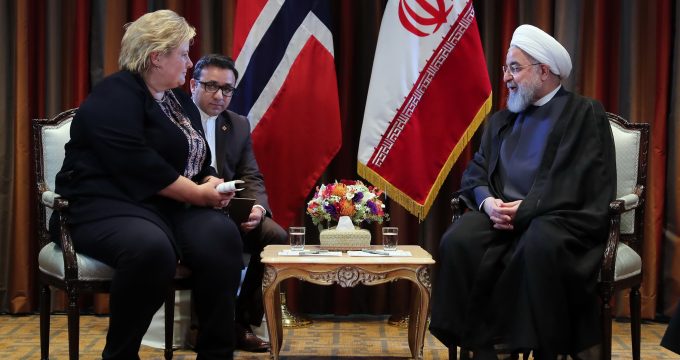 The meeting took place at the residence of the Iranian president in New York on the sidelines of the 73rd meeting of the United Nations General Assembly.

He is also scheduled to meet with his French president and British prime minister.