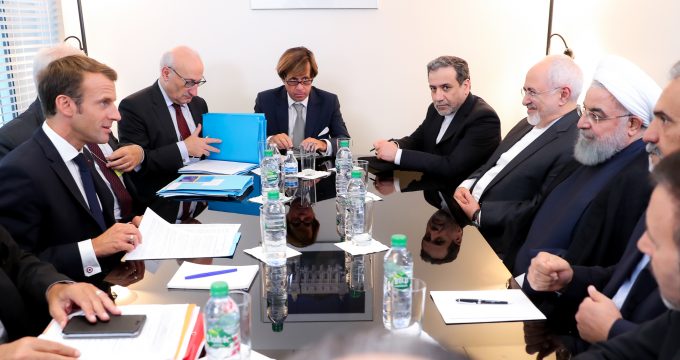 The meeting was held at a time when both the Iranian and French presidents in their speeches at the 73rd session of the UN General Assembly earlier in the day took stance against the policies of the US administration against the 2015 nuclear deal struck between Iran and six world powers and the country’s unilateralism.

During his stay in New York, Rouhani has already held meetings with American political elites, his Cuban, Bolivian and Turkish counterparts, head of the International Olympic Committee, director of the International Monetary Fund, Chief Executive of Afghanistan and Norwegian prime minister.

He is also scheduled to meet with British prime minister.