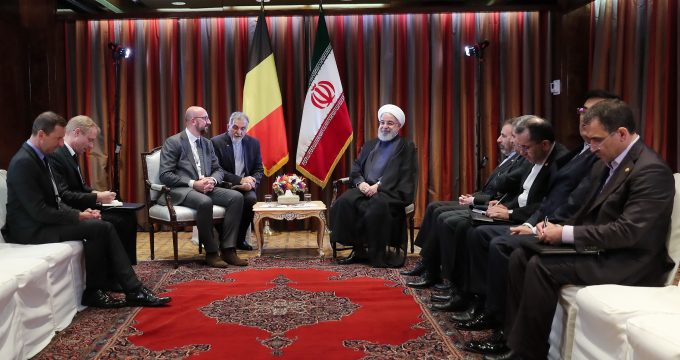 IRNA – Belgian Prime Minister Charles Michel held talks with Iranian President Hassan Rouhani on issues of mutual interests on the sidelines of the 73rd session of the UN General Assembly.

Michel’s meeting with Rouhani revealed the fact that despite US unilateralism Belgium would like to improve and expand relations with Iran. The meeting took place at the residence of the Iranian president in New York.

He is also scheduled to hold talks with the French president and British prime minister.