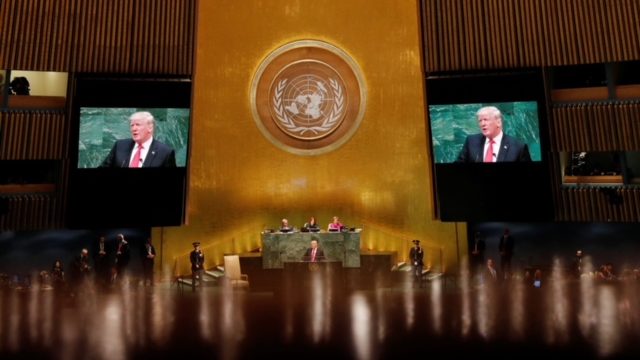 RT – US President Donald Trump prompted unexpected laughs from world leaders when he told the United Nations General Assembly that the American economy is “booming like never before”.

Trump said that he had accomplished more in two years than any administration ever had, but was surprised when the boast was met with laughter from other leaders in the room.

“I didn’t expect that reaction, but that’s OK,” he said in response.

Trump went on to say that the US is now “stronger, safer and richer” than when he took office in January 2017  and said that his administration is “standing up for American” and “standing up for the world”.