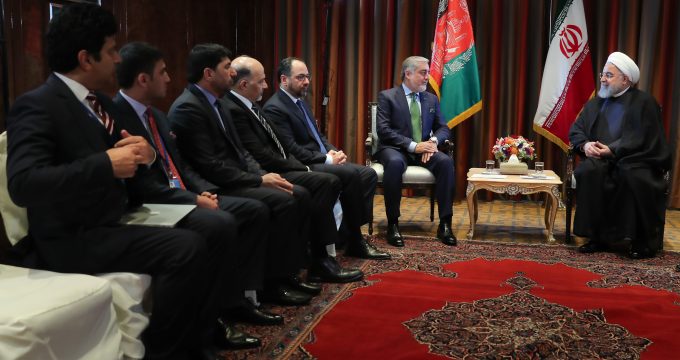 Rouhani hopes terrorism will be uprooted from region

IRNA – President Hassan Rouhani acknowledged Kabul’s message of condolence over Ahvaz incident, hoping that terrorism would be uprooted one day.

In a meeting with the Afghan chief executive Abdullah Abdullah in New York late Monday, Rouhani said, “We have always been alongside each other in tough times and I thank you for your message of condolence.”

“We are sorrowful to see Afghan people suffer from terrorism and I hope that we will be able to wipe out terrorism from the region,” he said.

Rouhani, who is in New York to attend the 73rd UN General Assembly Session, after meeting with the US media directors, interview with NBC, also held talks with Managing Director of International Monetary Fund (IMF) Christine Lagarde.

He is scheduled to deliver a speech at the UN General Assembly meeting on Tuesday.