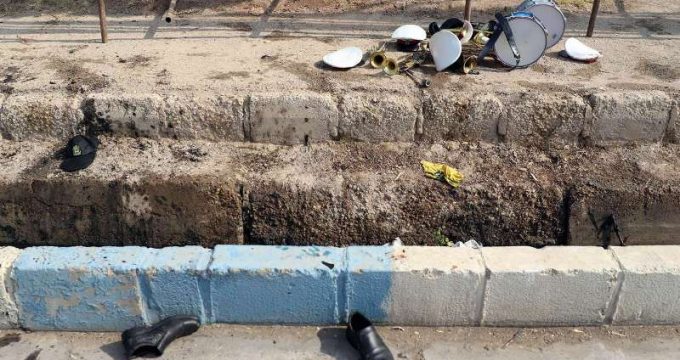 IRNA – According to an informed source, the number of the terrorists who carried out a deadly strike on Ahvaz on Saturday was five.

Speaking on condition of anonymity, the source said on Monday one of the terrorists whose identity could not be immediately found out was mixed with the bodies of the martyred.

Careful examination of the dead bodies, though, led to his identification as one of the terrorists, he said.

Hence the final death toll of the bloodshed stands at 24, with 68 others injured, he added.

The source referred to the details of the terrorist’s identity, saying the mercenary along with four accessories to the deadly attack, opened fire at civilians in Ahvaz military parade on Saturday.

The brutal raid claimed the lives of civilians including a four-year-old boy who was watching the parade with his mother.

The funeral procession for those who were killed was attended by Iran’s cabinet ministers including intelligence minister, minister of health and medical education, secretary of Expediency Discernment Council, chairman of Iran Majlis (Parliament), National Security chief and provincial officials in Khuzestan.