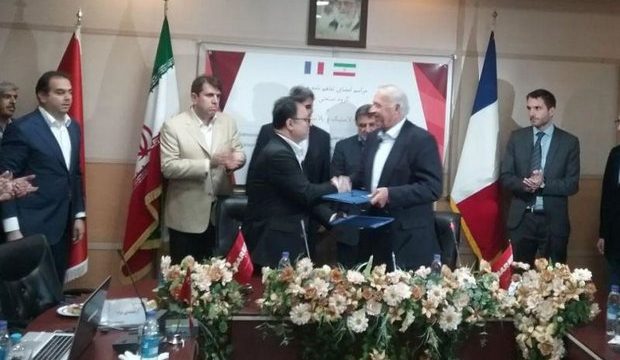 MNA – A memorandum of understanding was signed between Iran and France on Tuesday under which the European country will transfer the technical know-how of tire production to the Islamic Republic.

The agreement on the technical and educational cooperation was signed Tuesday by CEO of Barez Industrial Group, Parviz Akhavan, and president of French Trade Union of Rubber and Plastics, Dennis Vayan, on the sidelines of the 12th IranPlast exhibition.

The agreement includes seven paragraphs such as design of tire, design of tire components, management of tire production, quality of raw materials, standardization, health and safety issues, repair and maintenance, as well as logistic management.

Speaking to reporters after the signing, Akhavan said Barez Industrial Group has a research and development unit, which is the biggest research center in West Asia. He added that it was thanks to the efforts made by this research unit that the signing of the agreement was made possible in the face of US sanctions.

According to him, the Iranian company has obtained the e-mark for production of tires for vehicles produced after the signing of the 2015 Iran nuclear deal, such as Peugeot 2008 and Peugeot 301.

According to reports, Iran consumes 350,000 tons of tire annually, 250,000 tons of which are domestic production, and imports are mainly from China, India, Indonesia and South Korea.