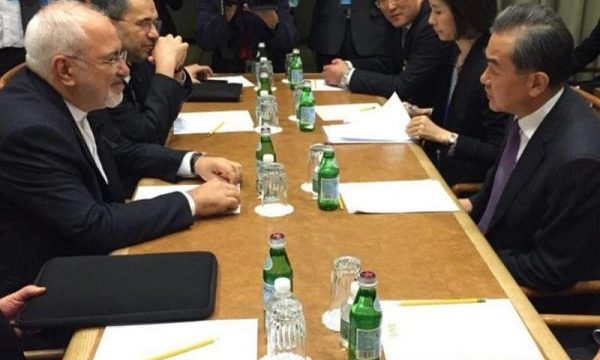 IRNA – Beijing will maintain economic relations with Tehran and is committed to Iran nuclera Deal in spite of pressures from the US government, Chinese Foreign Minister Wang Yi said.

Yi made the remarks Tuesday in a meeting with the Iranian Foreign Minister Mohmmad Javad Zarif which was held on the sidelines of the 73rd session of the United Nations General Assembly (UNGA) annual meetings.

During the meeting, both sides discussed bilateral economic relations.

He expressed condolence over the recent deadly terrorist attack in southwestern Iran.

The United Nations General Assembly which is one of the six bodies of the organization and represents all 193 members of it holds annual meetings in late September. Attendance of many heads of state, premiers, and foreign ministers of countries makes the UNGA annual meetings an important venue for the world leaders to address the most important national, regional, and international issues in their speeches.

This year, the UNGA annual session started on Sept 18 and runs up to Sept 25.

The gathering also gives an opportunity to world statesmen to hold bilateral and multilateral meetings on the sidelines of the event.