A Look at Iranian Newspaper Front Pages on September 25

Iran Front Page – IFP has taken a look at the front pages of Iranian newspapers on Tuesday, September 25, 2018, and picked headlines from 15 of them. IFP has simply translated the headlines and does not vouch for their accuracy.

The top story in all papers today was the ongoing visit of Iranian President Hassan Rouhani to New York, where he will attend and address the UN General Assembly.

Several papers focused on the possibility of a meeting between Rouhani and his American counterpart Donald Trump, at least during the UN Security Council on Wednesday. Reformist papers mostly called for Rouhani’s participation in the meeting, but conservatives expressed strong opposition to the meeting.

Also a top story was the recent meeting of the Organization of Petroleum Exporting Countries (OPEC) in Algeria, during which the member states rejected Trump’s call for an increase in the body’s output.

2- French FM: Normal Trade Ties with Iran Must Be Maintained 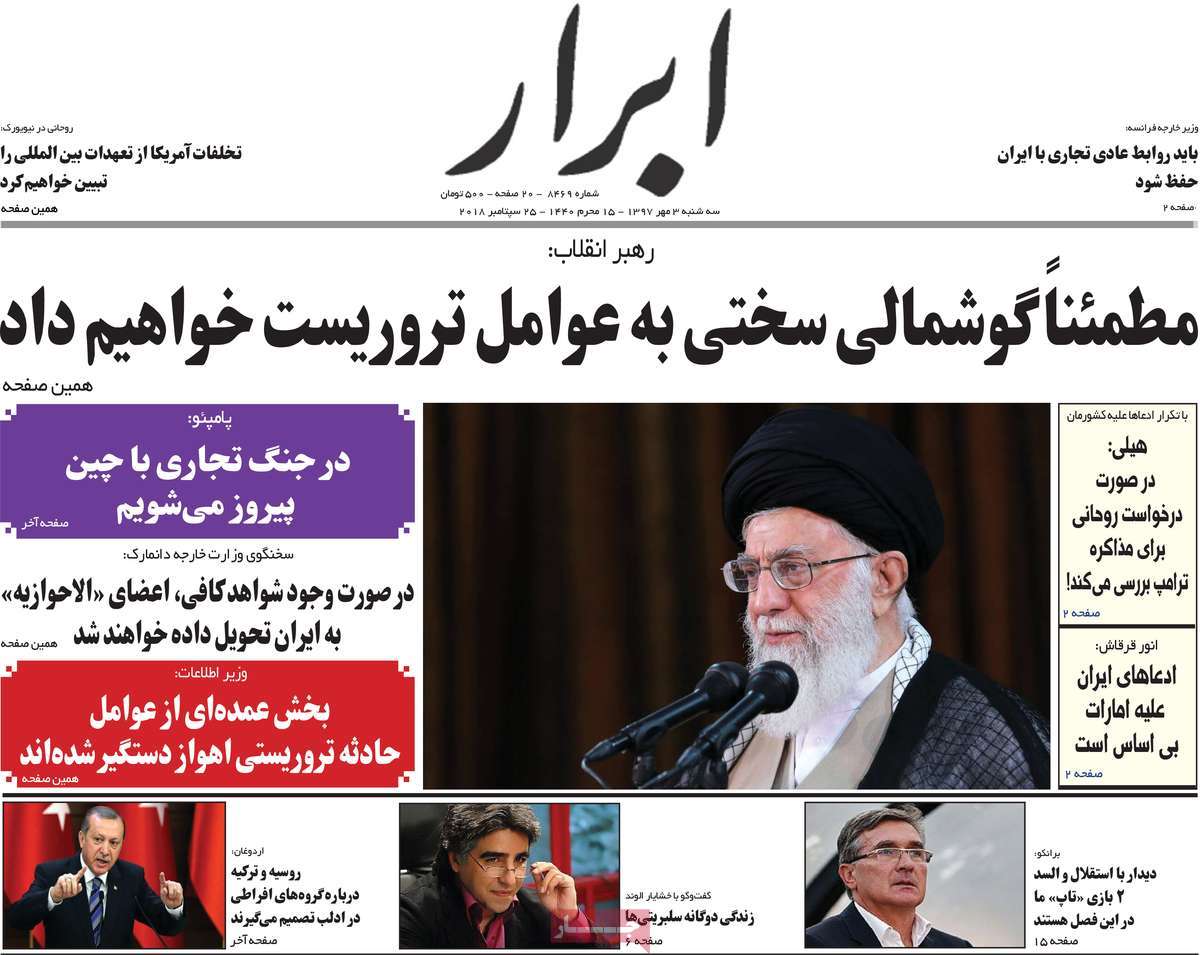 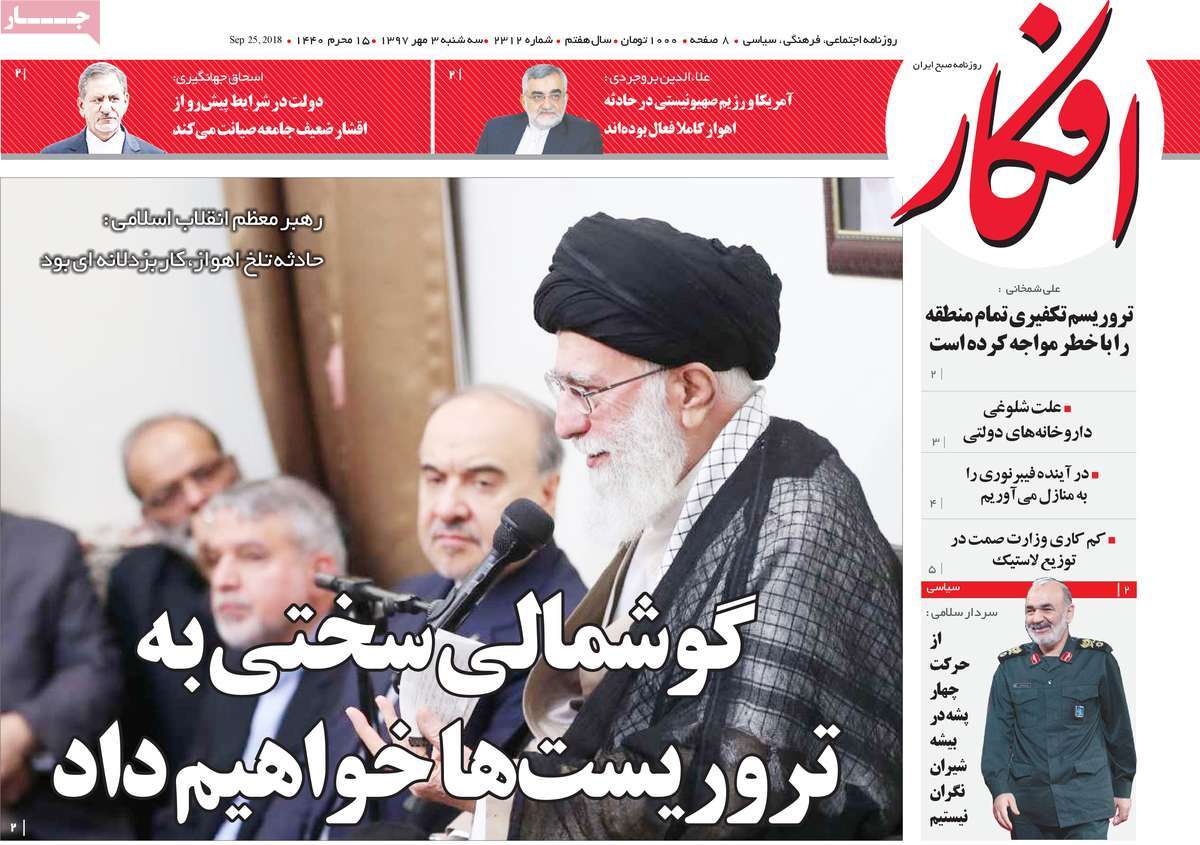 2- Instrumental Use of Martyrs’ Blood to Reject FATF 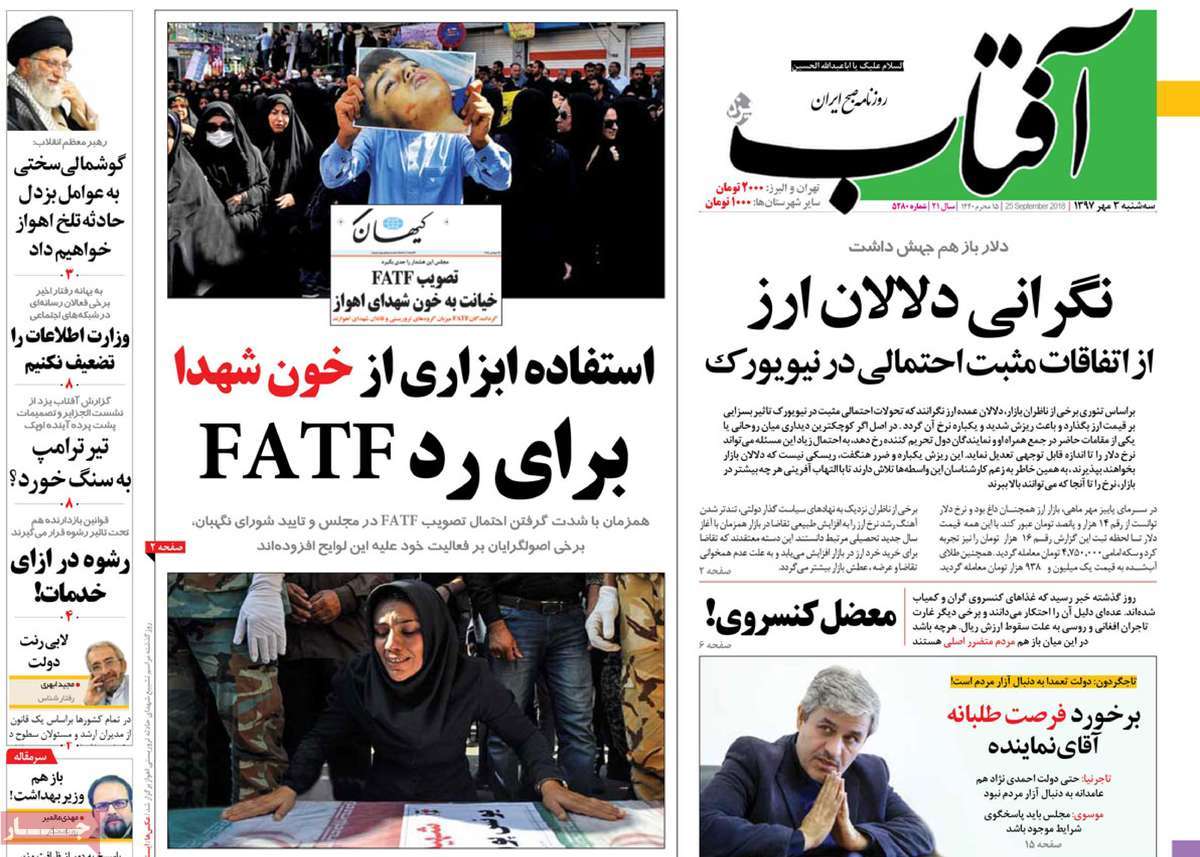 3- Rouhani Can Make US Passive by Offering Olive Branch: Academic 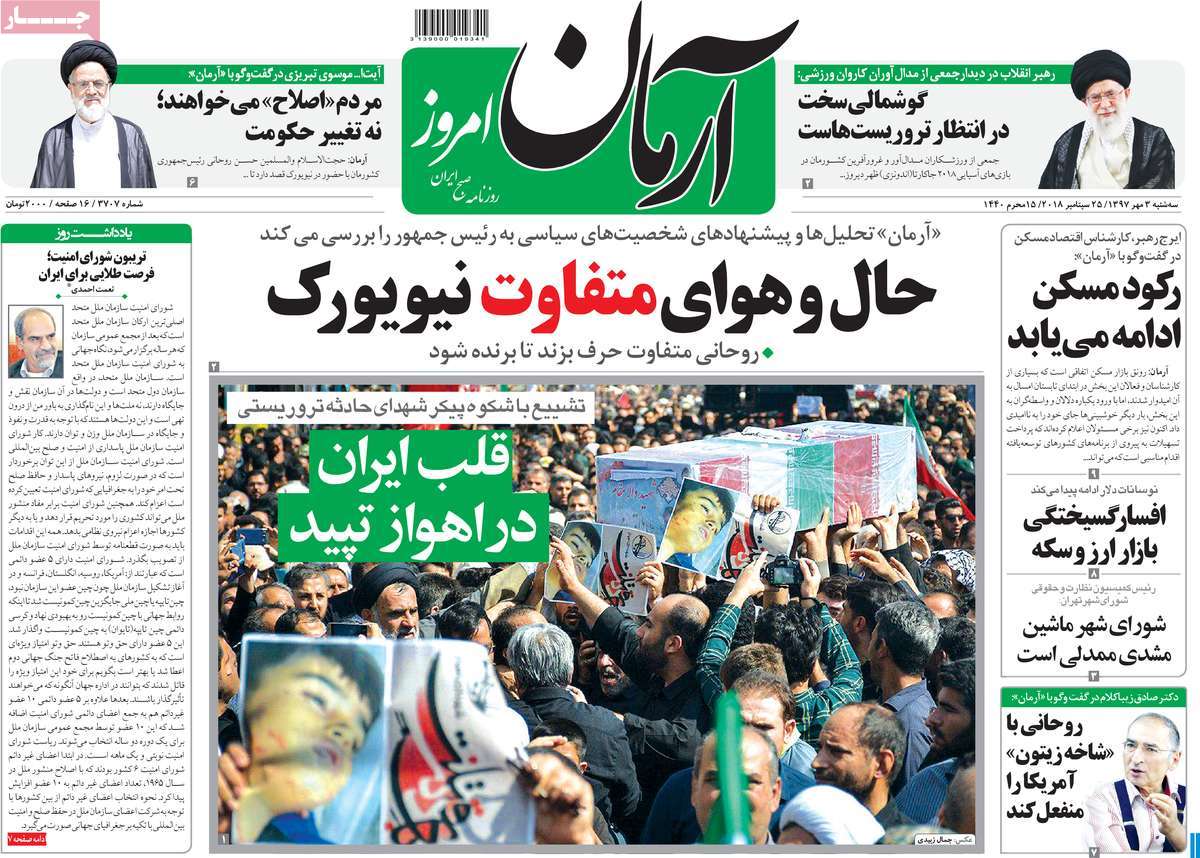 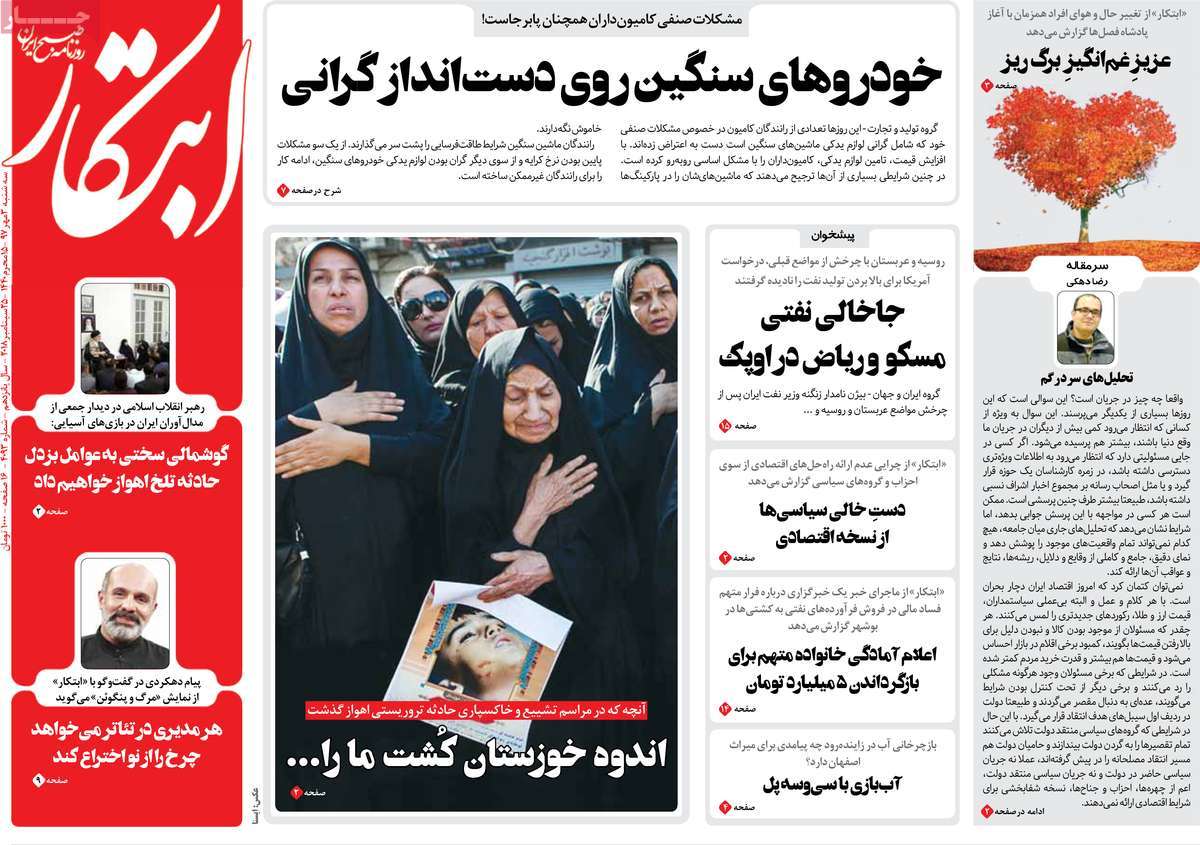 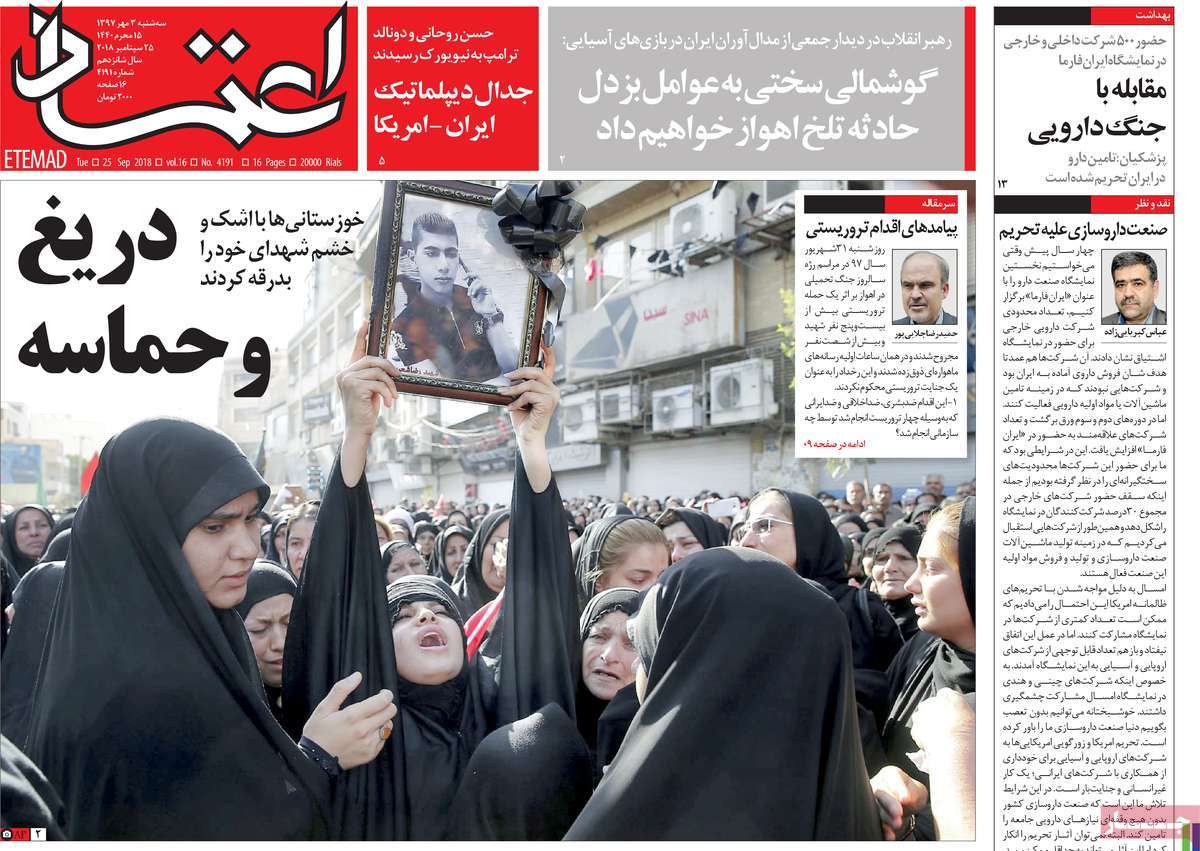 1- Rouhani: We May Consider Negotiation with US If Washington Shows Honesty

3- Glorious Funeral Held for Those Martyred in Ahvaz Terrorist Attack 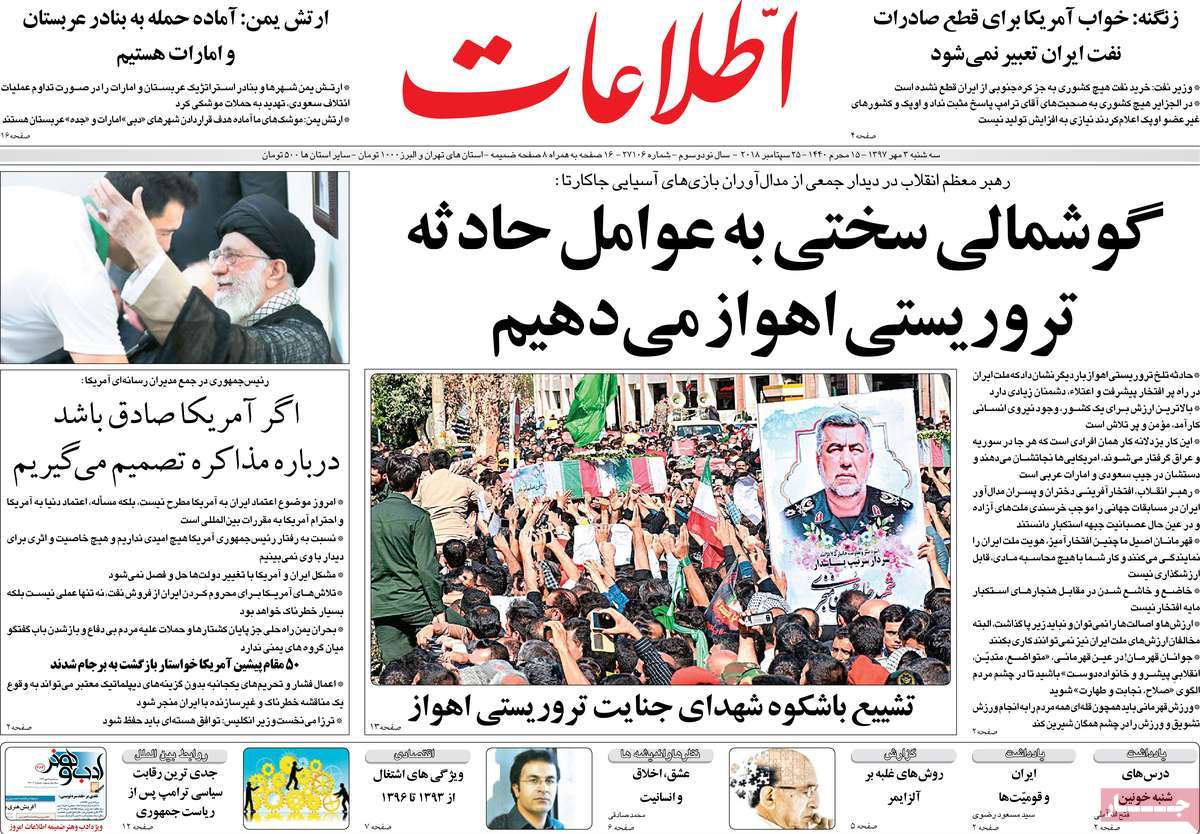 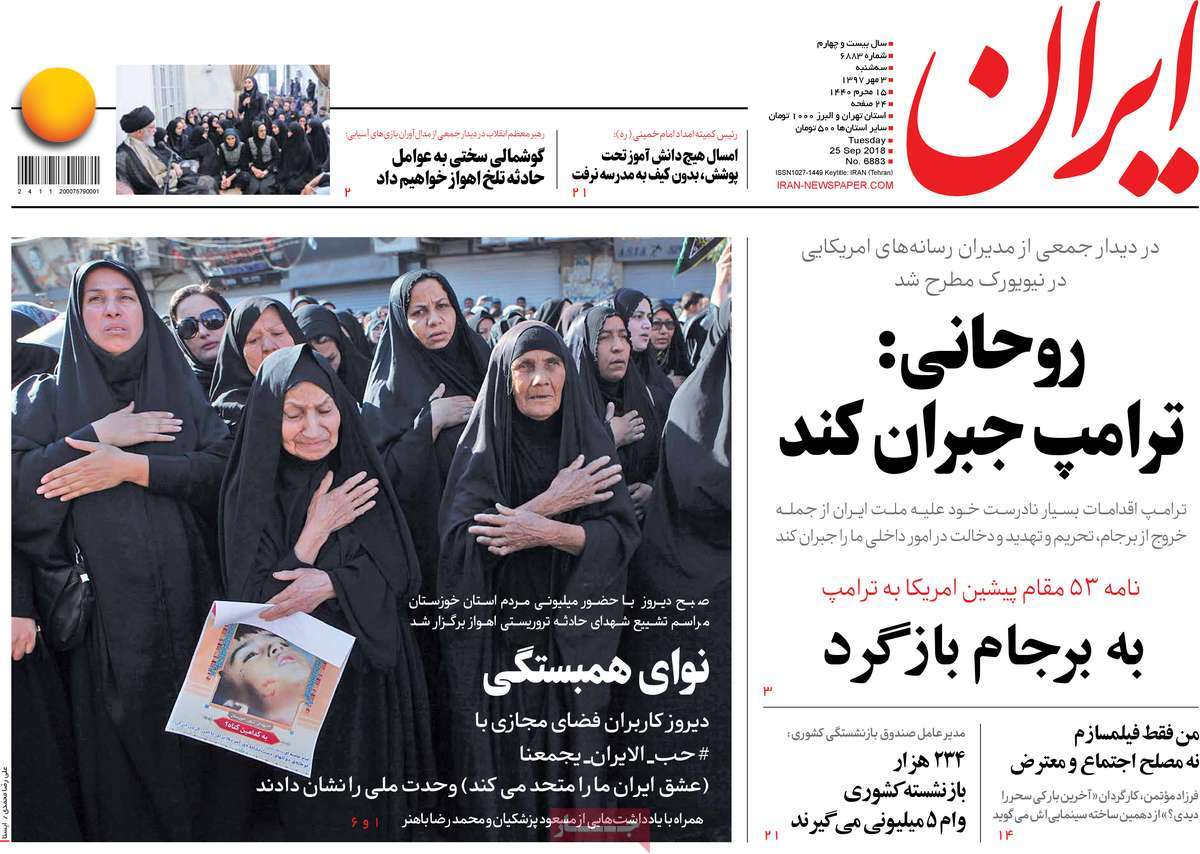 2- Why Did ISIS Claim Responsibility for Ahvaz Attack? 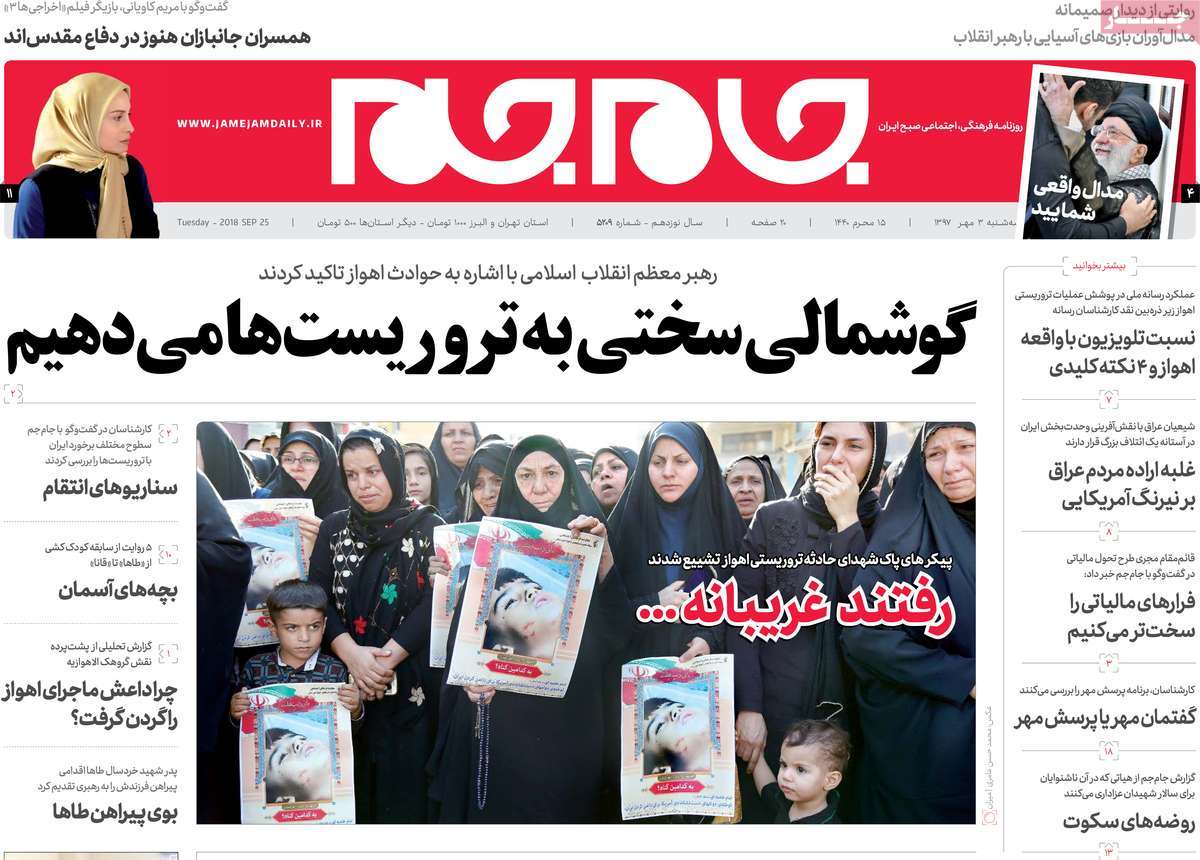 2- We’ll Tell the World about US’ Violation of Its Commitments: Rouhani 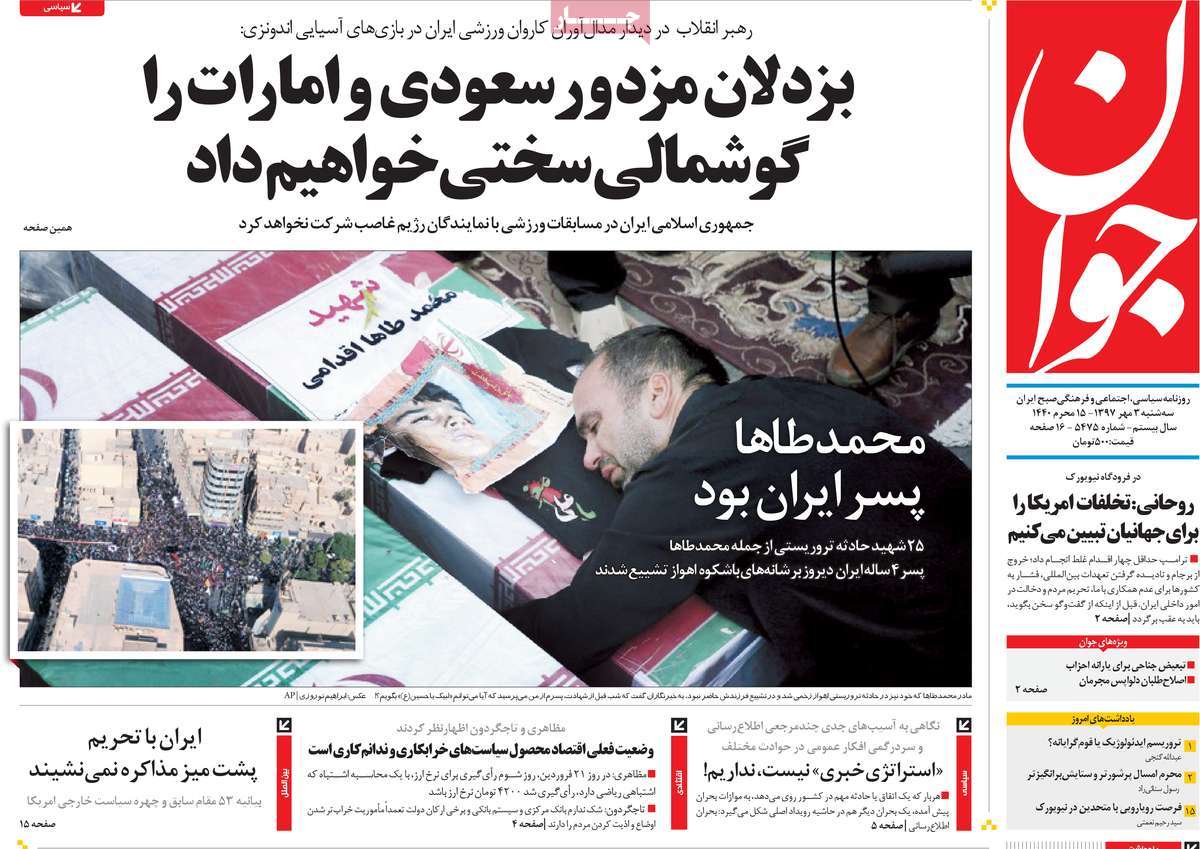 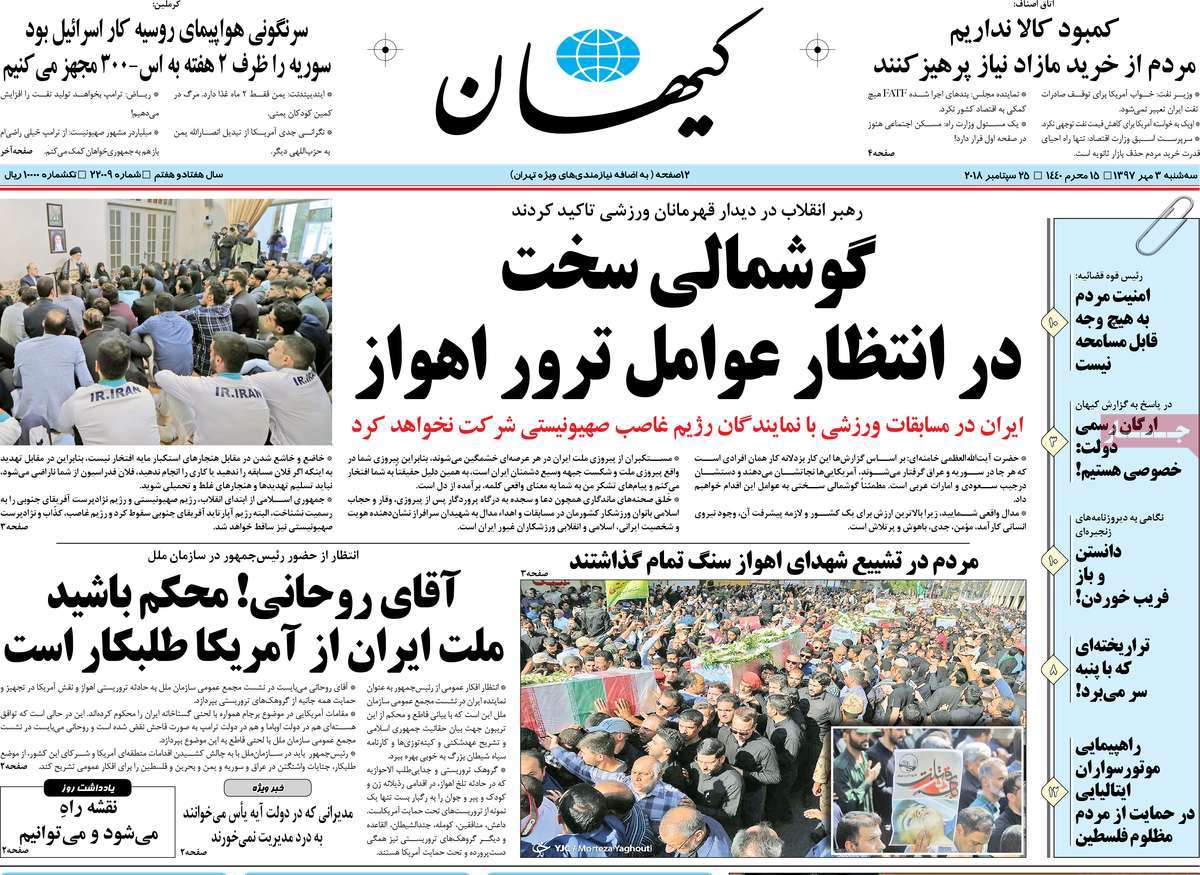 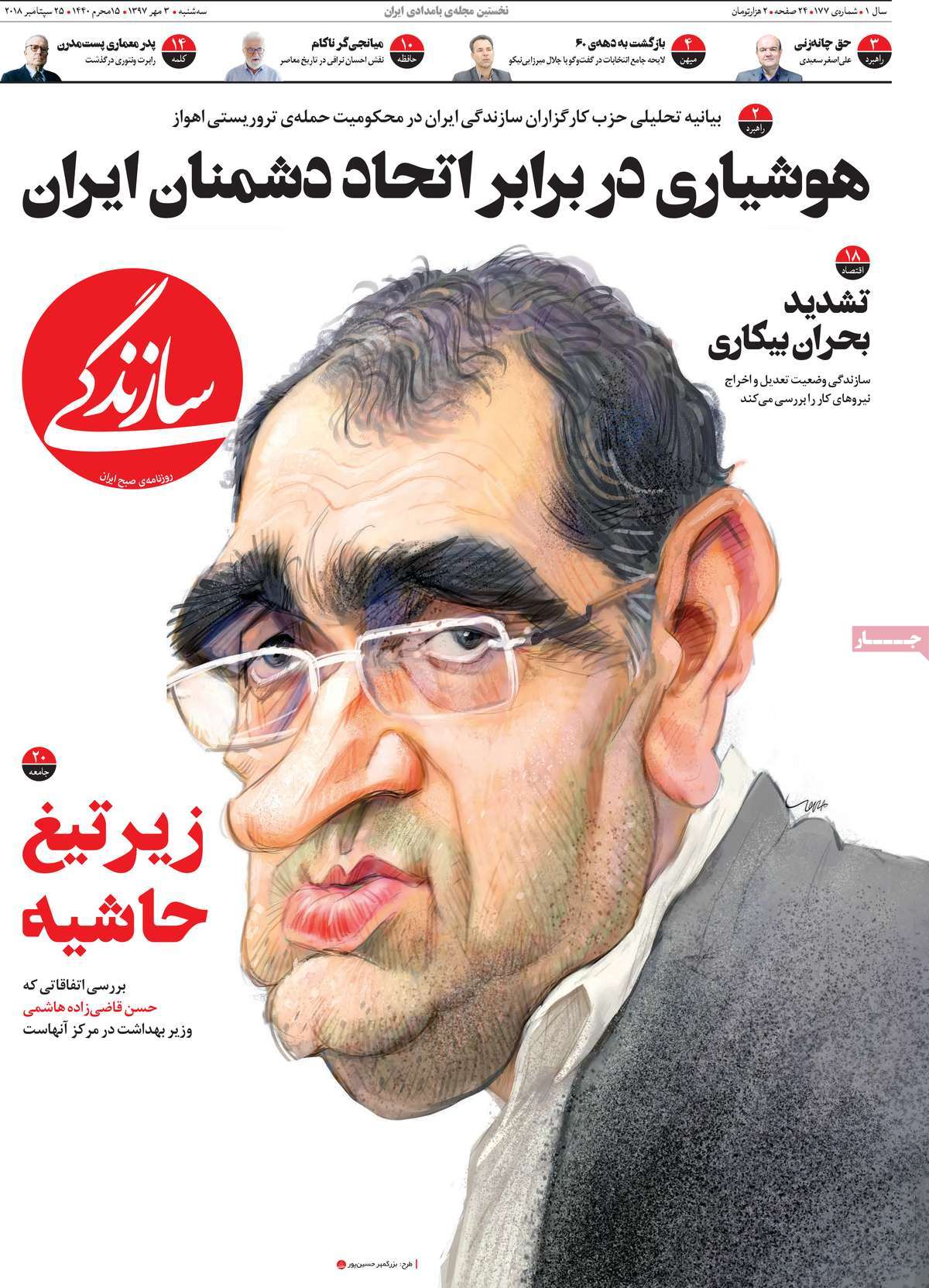 1- Iran Can Score Away Goal in UN 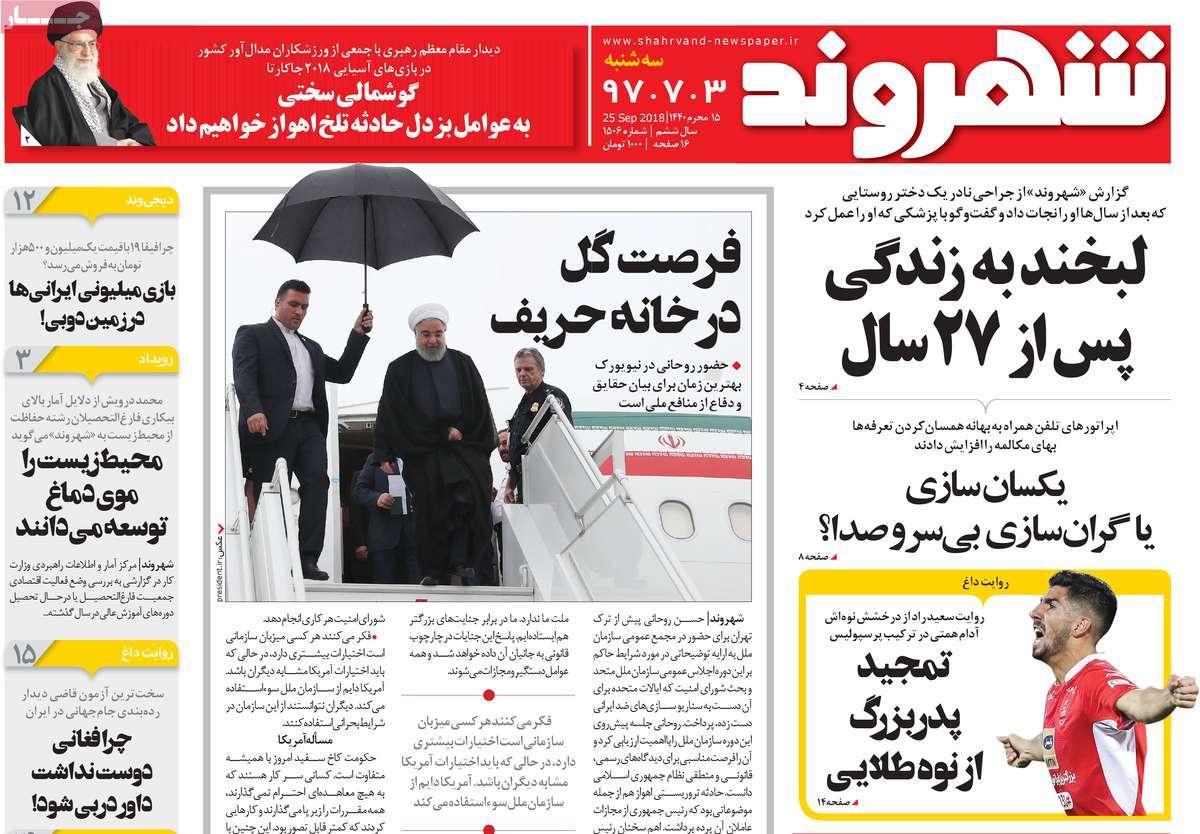 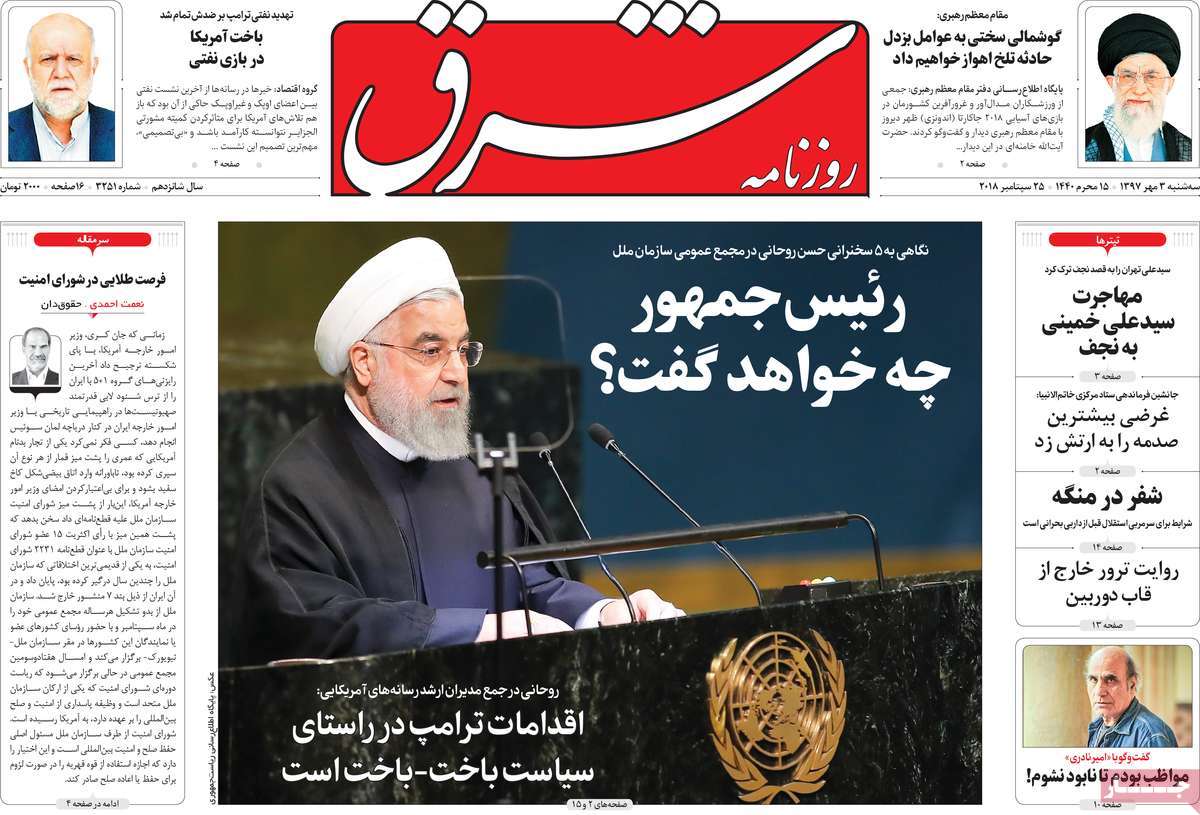 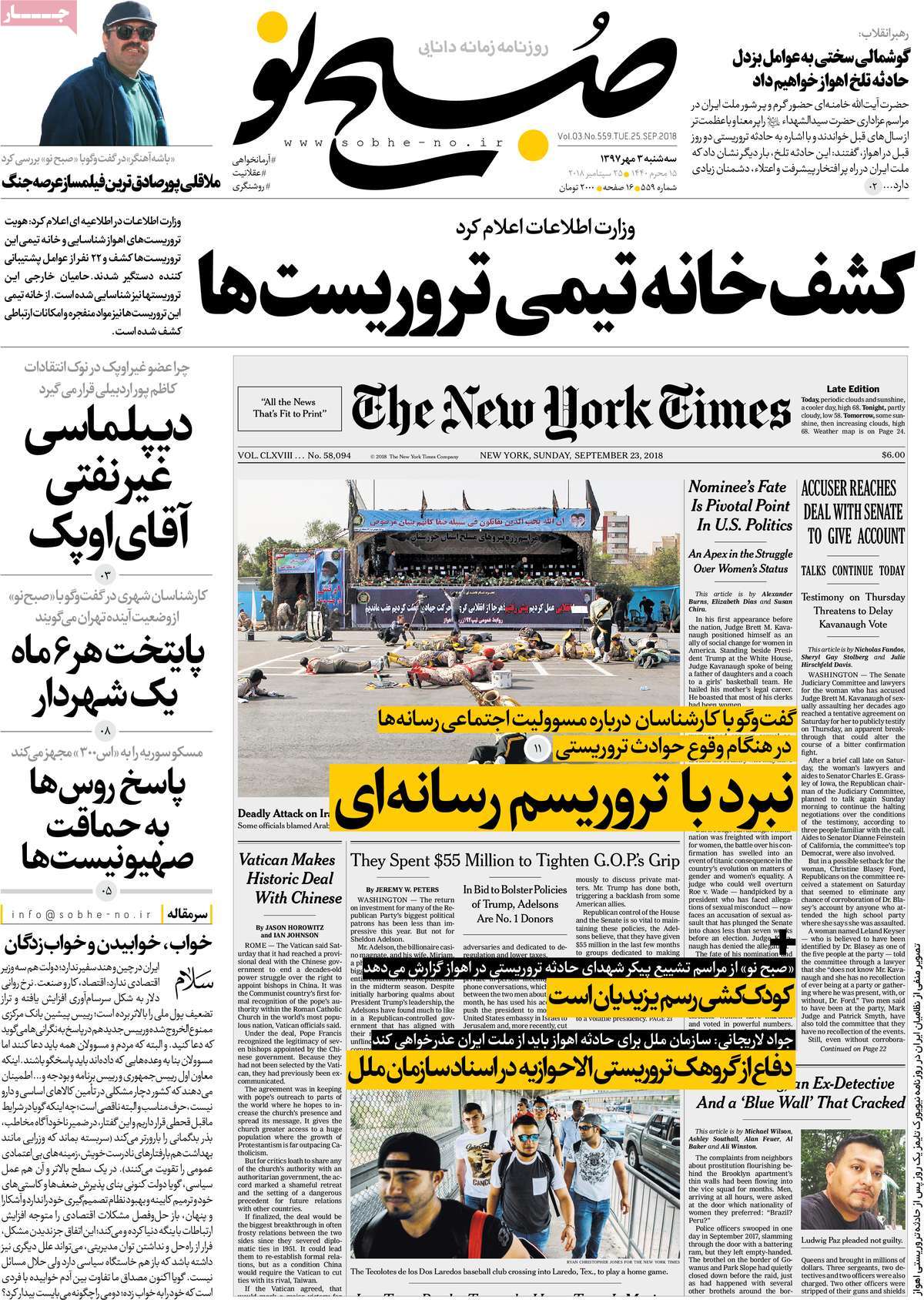