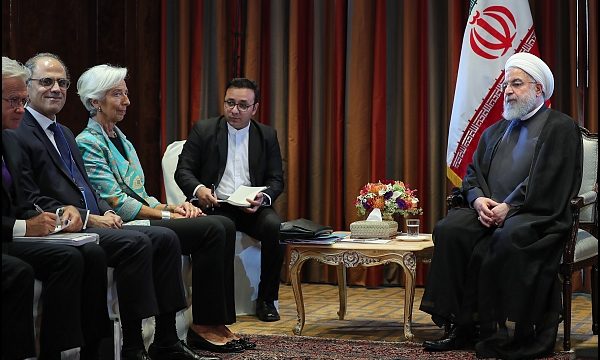 Rouhani, who is in New York to attend the 73rd UN General Assembly Session, after meeting with the US media directors, interview with NBC, held talks with Christine Lagarde.

President Rouhani is scheduled to have meeting with Cuban President Diaz-Canel and to hold several other meetings on Monday.

He is to deliver speech in the UN General Assembly meeting on Tuesday.