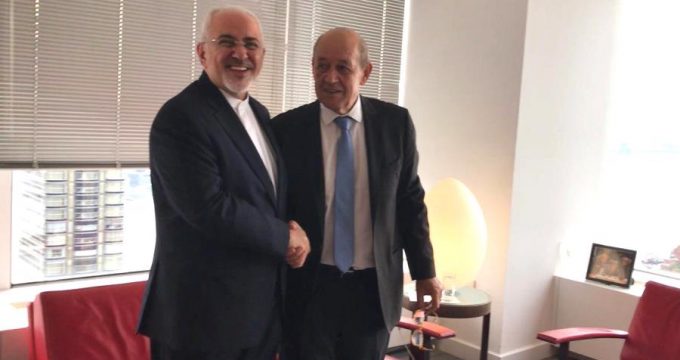 Zarif went to Laudrian’s hotel for talks about Iran nuclear deal – known as JCPOA – and issues of mutual interest.

The Iranian foreign minister arrived in New York on Sunday along with President Hassan Rouhani to attend in the 73rd UN General Assembly session.

A joint JCPOA foreign ministerial commission session is to be held on the sidelines of the event on Monday night local time.