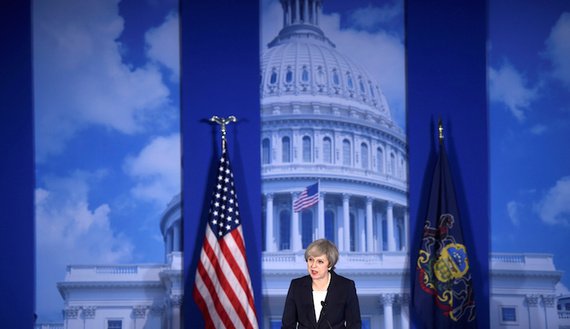 The Daily Star – Iran is adhering to its commitments under the Iran nuclear deal and the accord – repudiated by the United States – should stay in place, Britain’s prime minister said in an interview broadcast Sunday.

“From what we see, we believe that it is doing that,” Theresa May told CBS.

But there are other issues outside the deal that also need to be dealt with, she said.

“Looking at the issue of ballistic missiles. Looking at – the way in which – Iran is acting in the region – to destabilize the region. We need to address those issues,” May said.

May’s interview came as world leaders geared up for a week of high-stakes diplomacy at the U.N. General Assembly, which is set to be dominated by North Korea and Iran.

On Wednesday, President Donald Trump will for the first time chair a Security Council meeting on non-proliferation and weapons of mass destruction that will focus heavily on Iran – likely triggering a clash with other big powers.

Earlier this year, Trump pulled the U.S. out of the deal it reached with Iran and five other countries in 2015. That accord lifted sanctions against Tehran in exchange for restrictions on its nuclear program.

Now, the U.S. is reimposing those sanctions.

Other parties to the deal have argued that it is working and should stay in place, while the International Atomic Energy Agency has said Iran is complying with the accord.