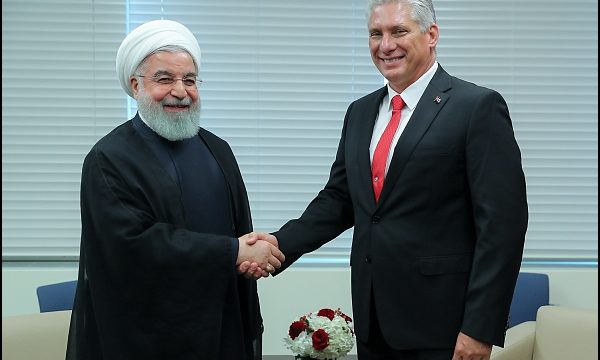 ‘Your Excellency, please accept my deep sorrow and condolence for terrorist attack in south of Iran, which left at least 25 killed and over 60 other wounded,’ President Diaz-Canel wrote according to Iran’s embassy in Havana.

Four members of a terrorist group so called ‘Al-Ahwaziyeh’ attacked a military parade on the occasion of commemoration anniversary of the sacred defense week in Ahvaz on Saturday by wearing military uniforms.