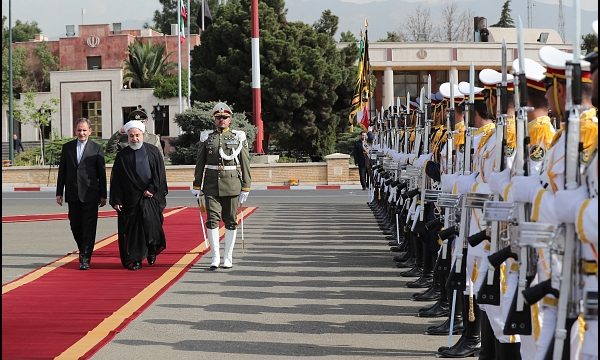 A number of high ranking officials including Foreign Minister Mohammad Javad Zarif are accompanying the president in his visit to New York.

The United Nations General Assembly which is one of the six bodies of the organization and represents all 193 members of it holds annual meetings in late September. Attendance of many heads of state, premiers, and foreign ministers of countries makes the UNGA annual meetings an important venue for the world leaders to address the most important national, regional, and international issues in their speeches.

This year, the UNGA annual session started on Sept 18 and runs up to Sept 25.

The gathering also gives an opportunity to world statesmen to hold bilateral and multilateral meetings on the sidelines of the event.

President Rouhani, since taking office in 2013, has regularly attended UNGA annual meetings, seizing the opportunity to expound on Iran’s stances regarding regional and international issues.

US President Donald Trump’s withdrawal from Iran nuclear deal on May 8, 2018, his decision to reinstate sanctions on Iran and his hostile policies against the Islamic Republic of Iran have made this year’s UNGA meeting more important for Iran.

In addition to addressing the UNGA session, President Rouhani is to hold separate meetings with journalists and American elites to elaborate on Iran’s policies vis-à-vis US antagonistic stances.

The Iranian president will also give a speech in a peace summit held on the sidelines of the international event in commemoration of anti-apartheid leader of South Africa, late Nelson Mandela.

President Rouhani returns home on September 26 (Wednesday) at the end of his 4-day stay in New York.