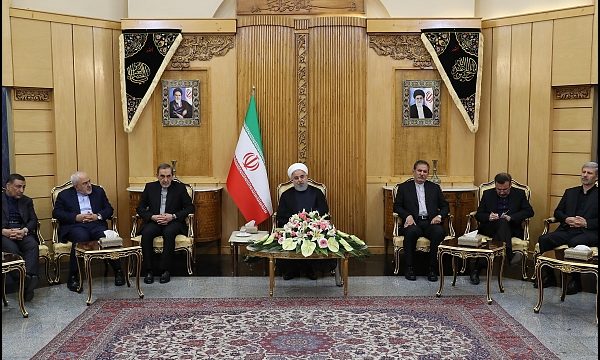 President Hassan Rouhani says the United States wants to cause insecurity in Iran with the help of “small mercenary states” in the region, but that the Islamic Republic is ready to confront them.

According to the latest reports, death toll has risen to 29, with over 50 injured, in a terrorist attack carried out by armed assailants at a military parade in southwest city of Ahvaz.

OPEC and its allies reduced oil output in August as a drop in Iranian supply due to U.S. sanctions derailed their attempts to raise production to agreed levels, delegates said on Saturday as the energy producers prepared to hold talks in Algiers.

Trump tweet biggest insult to US allies in ME: Iran

Iranian Minister of Petroleum Bijan Zanganeh said US President Trump’s recent tweet on oil prices was the biggest insult to Washington’s allies in the Middle East.

Iran’s Revolutionary Guards vowed on Sunday to take “deadly and unforgettable” vengeance against attackers at a military parade who killed 12 of their comrades and 13 others, in a statement carried by Iranian news agencies.

Defense Minister: Iran to give tough response to terrorists

Iran’s defense minister, in response to the recent terrorist attack in Ahvaz, said that a harsh and surprising response is awaiting the terrorists.

Venezuela President Nicolás Maduro in a statement sympathized with bereaved families of the victims of terror attack in southwestern city of Ahvaz.

Iran’s state TV has reported that a 4-year-old boy who was wounded during Saturday’s terror attack on a military parade in the city of Ahvaz has died at a hospital. Sunday’s report showed the deceased Mohammad Taha lying on his bed in an Ahvaz hospital.