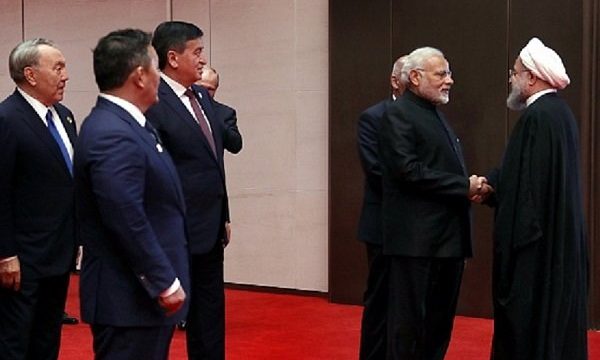 Al-Monitor | Hamed A. Kermani: Amid reports of detailed talks between the United States and India to cut New Delhi’s oil imports from Iran, Indian refiners are reportedly moving to reduce their crude loadings from the Islamic Republic. Yet, India has also taken the step of allowing its state refiners to use Iranian tankers and shipping insurance ahead of the re-imposition of US sanctions targeting Iranian oil exports and banking on Nov. 4. Given these mixed signals, consideration of the historical, technical and political dimensions of the sanctions issue is imperative to understand what likely lies ahead.

If history is any indicator, India will not deprive itself of the benefits it stands to extract from the current situation. During the previous round of US sanctions on Iranian oil exports (2011-15), India maintained reduced oil imports from Iran. It greatly benefited from the situation largely due to an arrangement in which it withheld payments for a large portion of oil purchases for years. Of note, Iran was at the time subject to an international embargo, under which its oil exports plunged to less than 900,000 barrels per day (bpd). In contrast, the current sanctions are unilateral, and many important actors have clearly indicated that they will not implement them. Even ignoring differences between the past and forthcoming sanctions regimes, India still stands to gain similar benefits. Indeed, New Delhi knows this game and plays it well.

Iran needs its second-largest and irreplaceable oil customer, and the United States needs its biggest partner in Asia, so both Tehran and Washington will tolerate a little frustration in their relations with Indian. As one example, the United States recently declined to impose sanctions on India over its purchase of the Russian S-400 anti-aircraft missile system, as it had been threatening to do.

Iran-India ties, US sanctions against Iran September 23, 2018
Iran: Crypto trading continues to decline since CBI ban
Events that led to day of Ashura, momentous day in history of Islam