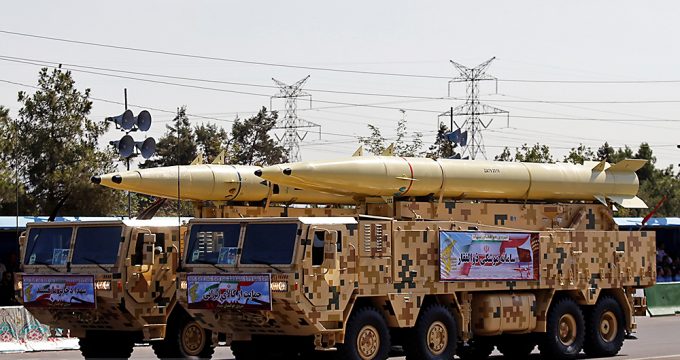 The Zolfaghar, a short-range solid fuel ballistic missile in the Fateh family, and the Khorramshahr, a medium-range ballistic missile whose range is between 1,000-2000 km, were unveiled during the Islamic Republic of Iran’s Armed Forces’ nationwide parades marking the beginning of the Sacred Defense Week on Saturday.