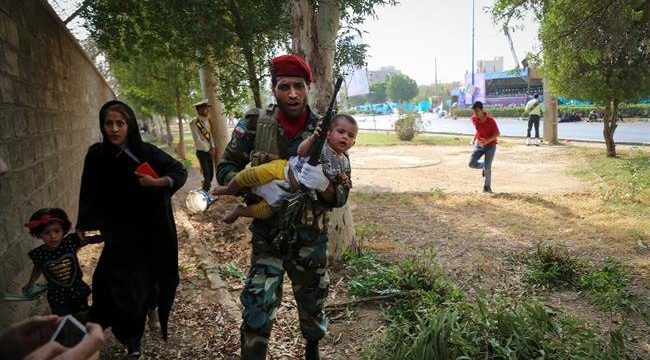 MNA – A senior spokesman for the Iranian Armed Forces Brigadier General Abolfazl Shekarchi said the terrorists have been trained in two Persian Gulf littoral states, with the help of US and Mossad, and enter the Islamic Republic.

Shekarchi told media outlets that at 9 am this morning, the army parade in the southwestern Iranian city of Ahvaz came under attack, and four terrorists, a few days before the Armed Forces parade kicks off, had stationed their weapons in a hideout in a park near the place where the parade ceremony was supposed to be held; the four assailants were armed with AK-47s and opened fire from behind the stands towards civilians and military figures.

The event was attended by members of the local elite, including the Ahvaz governor as well as high-ranking clerics and MPs. Shooting broke out several minutes into the event, which featured troops from the Iranian Army’s 92nd armored division.

Sharkarchi said “among the martyrs, there is a little girl and a disabled war veteran.”

Emphasizing that a number of soldiers , as well as event organizers, were also shot during the parade, he said the most victims and those badly injured are ordinary people who were watching the event, noting that “we cannot accurately declare the death toll at the present time.”