A Look at Iranian Newspaper Front Pages on September 22

Iran Front Page – IFP has taken a look at the front pages of Iranian newspapers on Saturday, September 22, 2018, and picked headlines from 17 of them. IFP has simply translated the headlines and does not vouch for their accuracy.

Speculations regarding Rouhani’s meeting with Donald Trump, and the US president’s comments on a UN Security Council he is going to chair also received great coverage.

Also a top story today was the protest raised by anti-war CODEPINK activist Medea Benjamin during a meeting at Hudson Institute, where Brian Hook, the head of the US State Department’s Iran Action Group, was making anti-Iran comments. 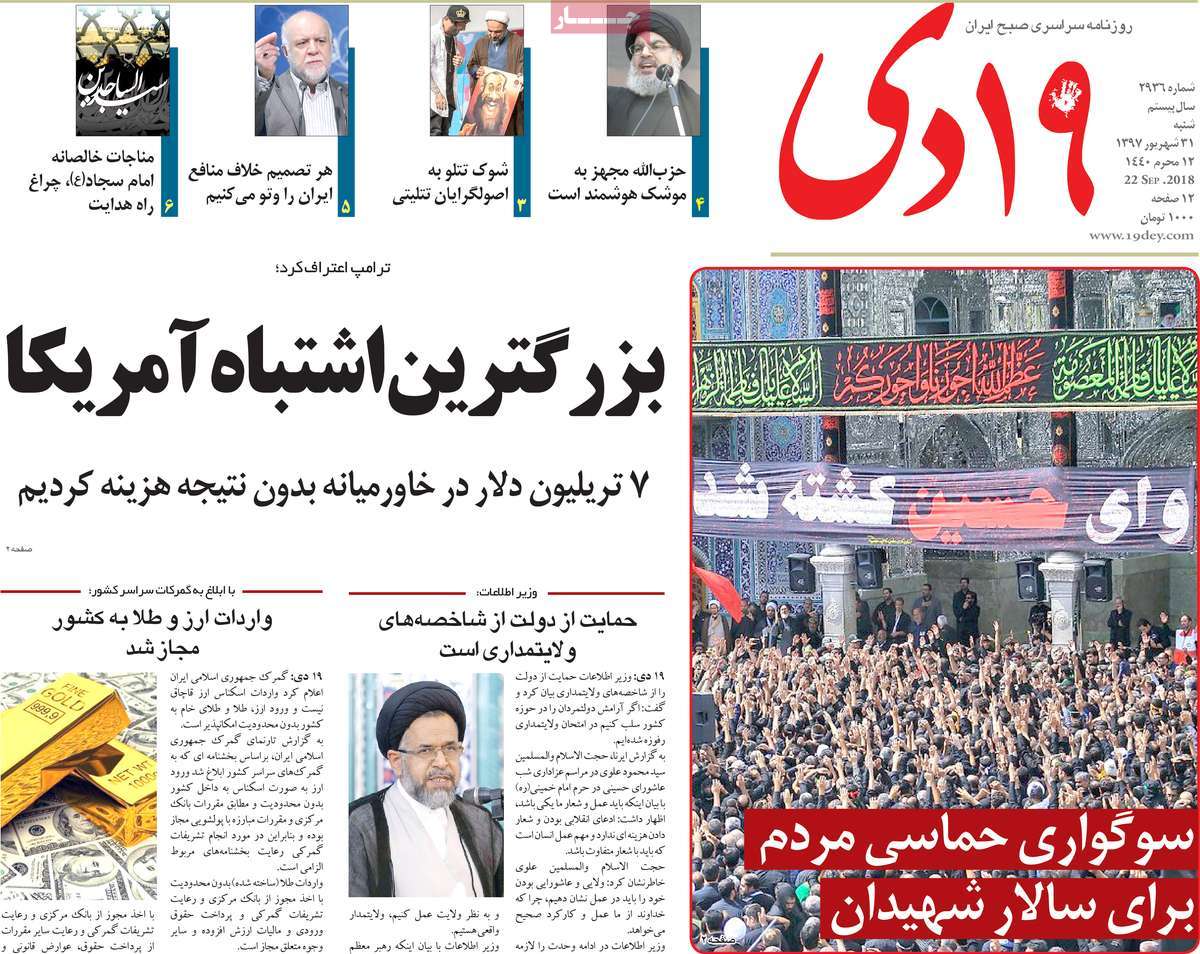 1- We Have Never Asked for Meeting with Trump: Iran 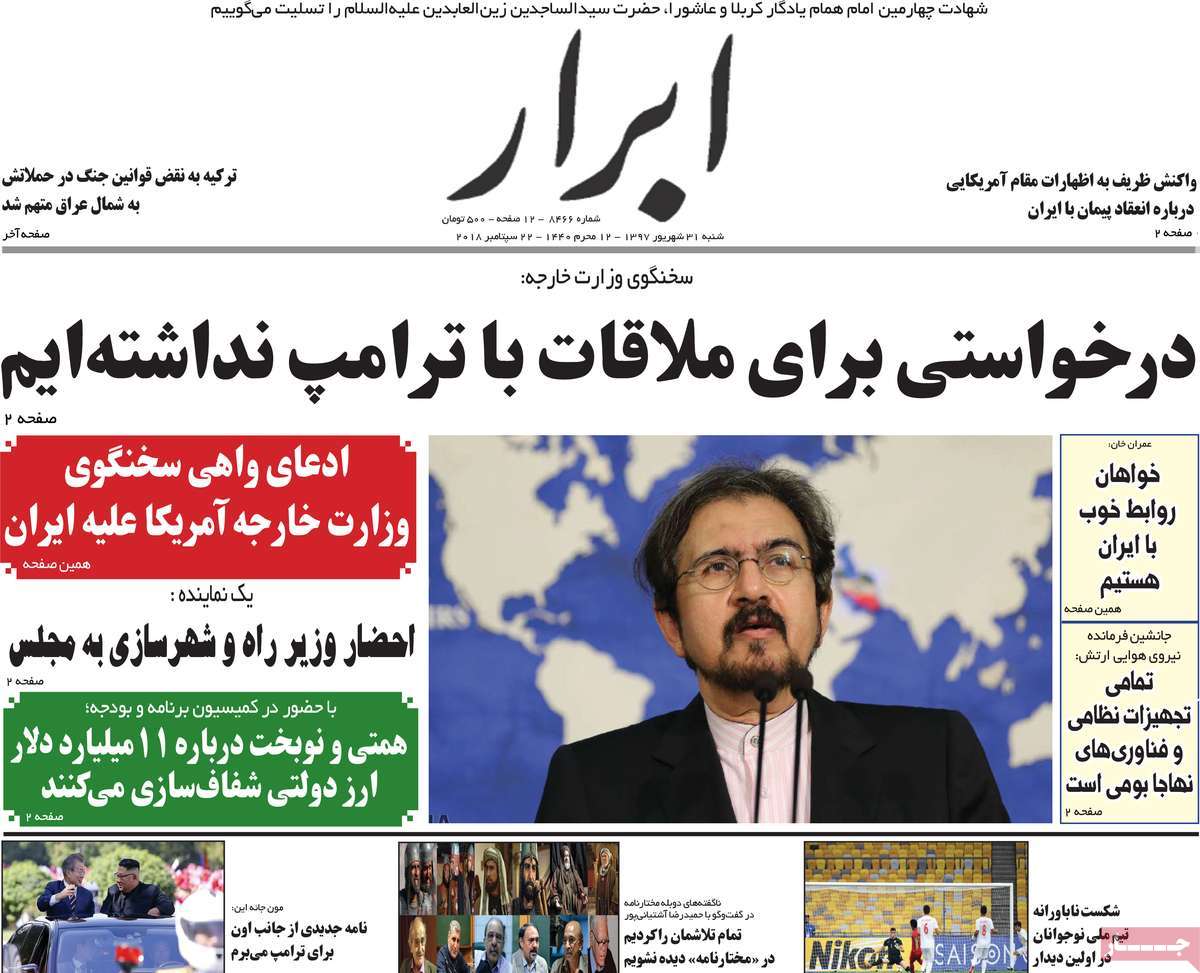 1- US Isolated in UN Security Council Meeting on Palestine 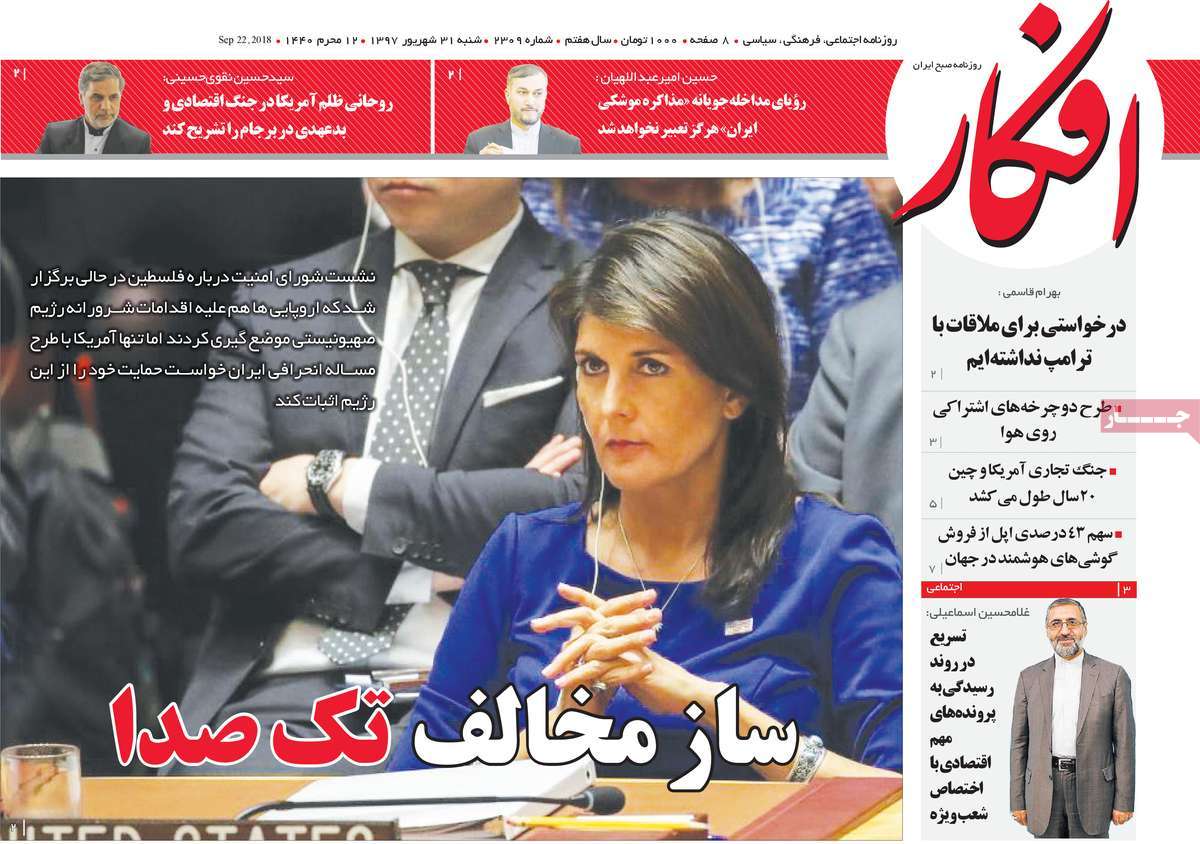 2- Zarif Explains about His Meetings with Kerry 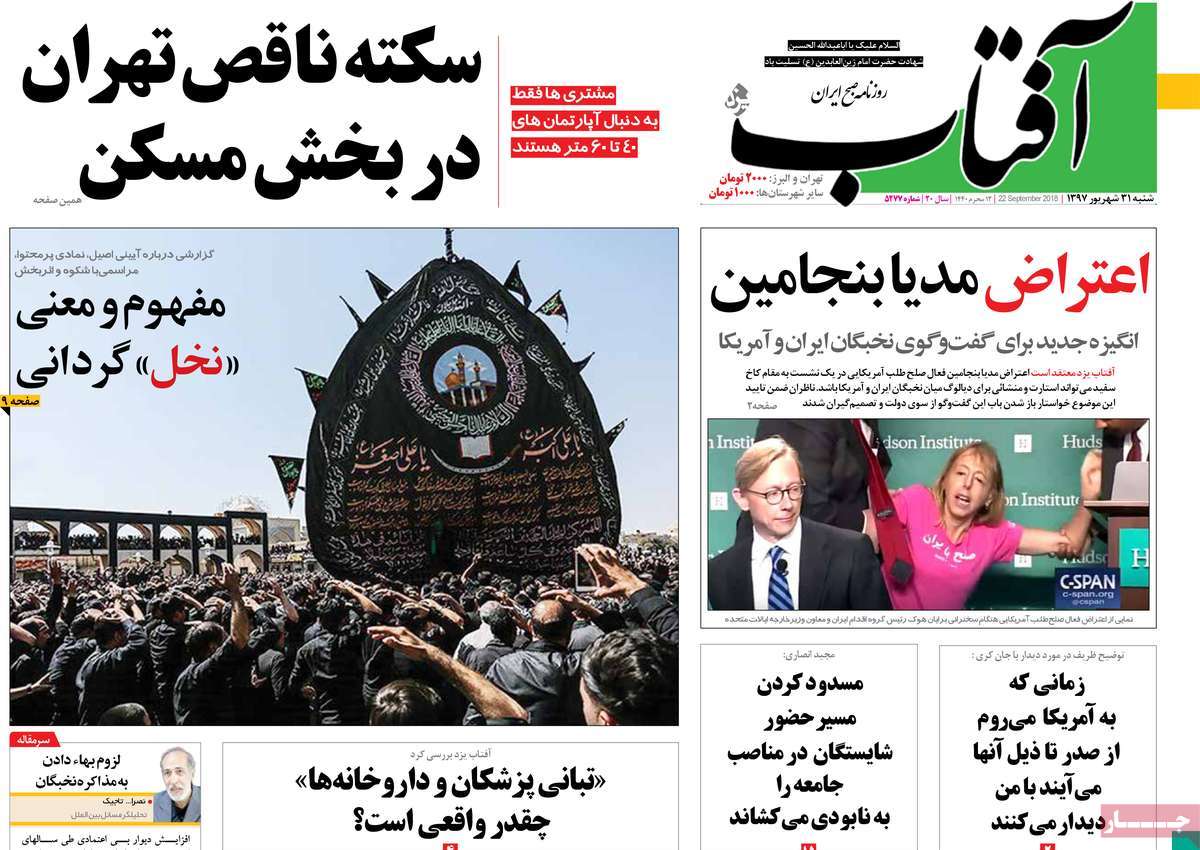 2- Oil Minister: Any Country Vowing to Make Up for Oil Market Deficit Acting against Iran 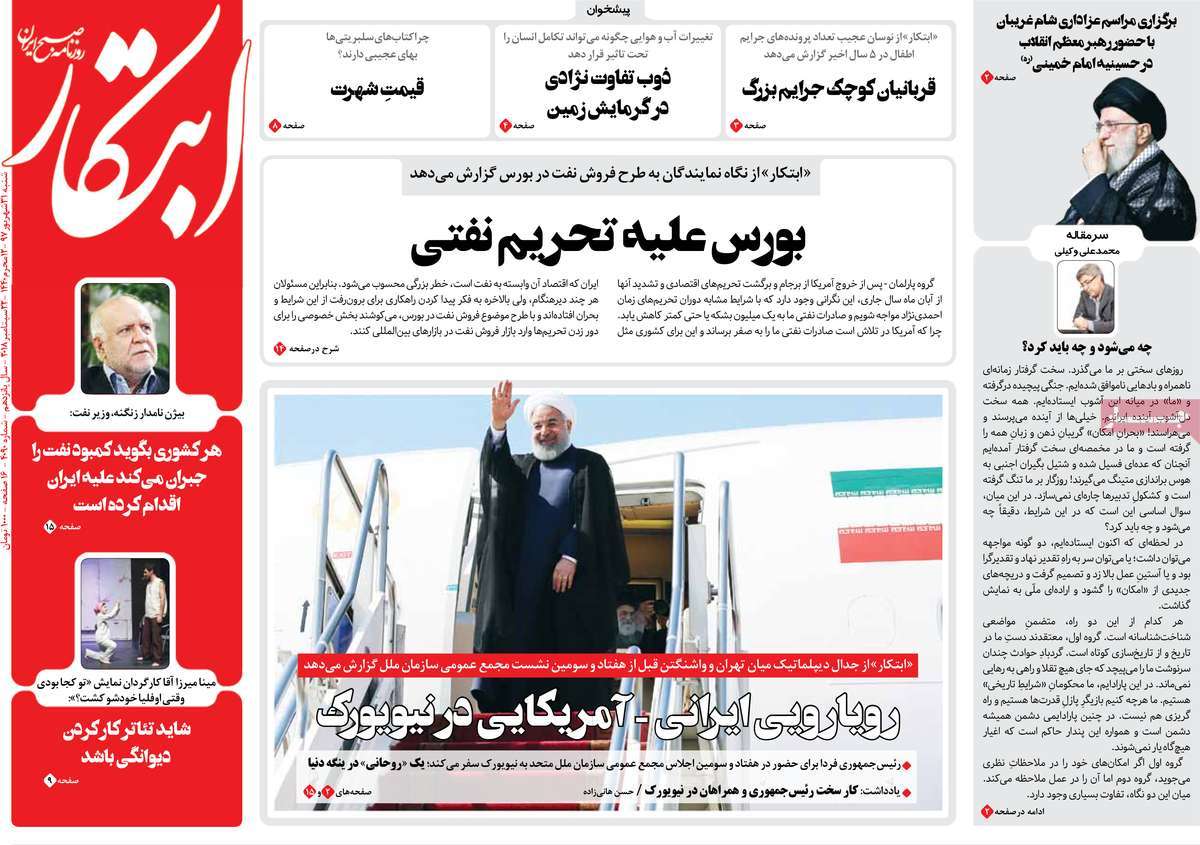 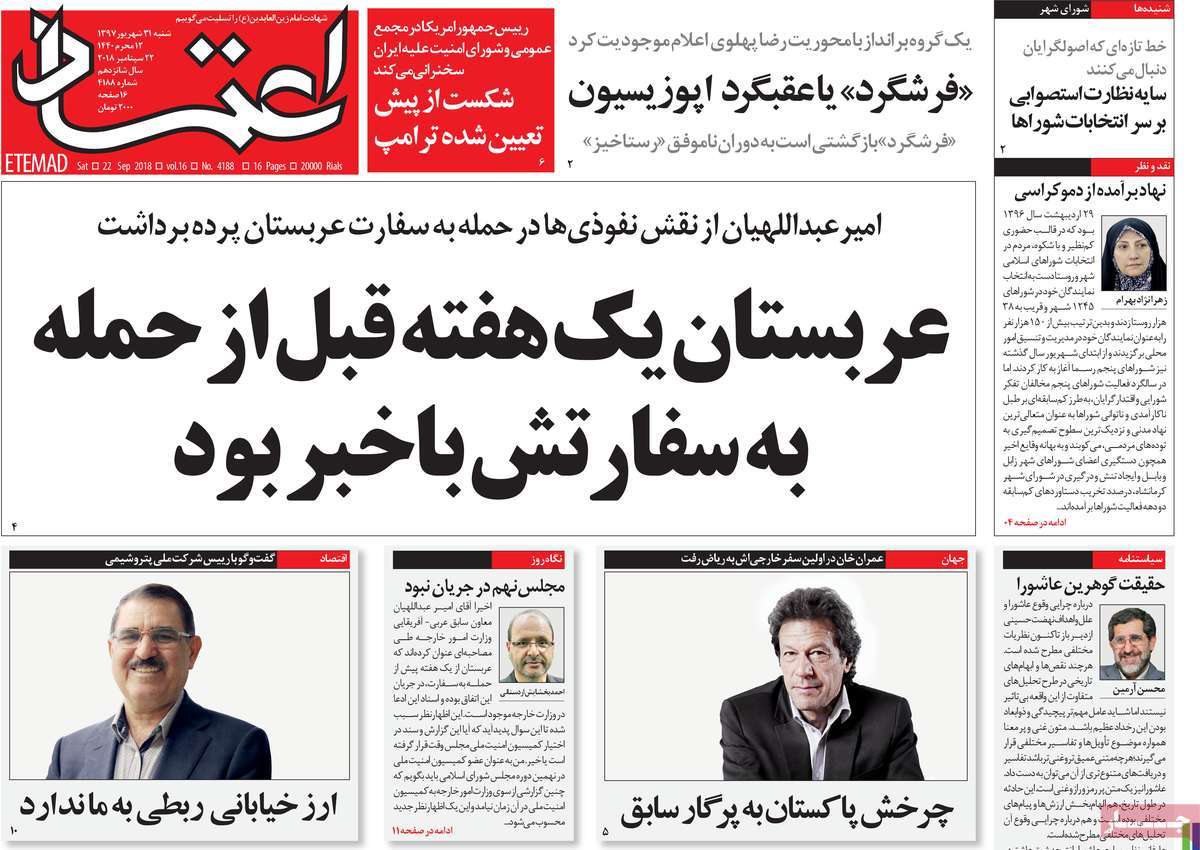 1- Moscow: Israel Is to Blame for Downing of Russian Plane; We’ll Retaliate 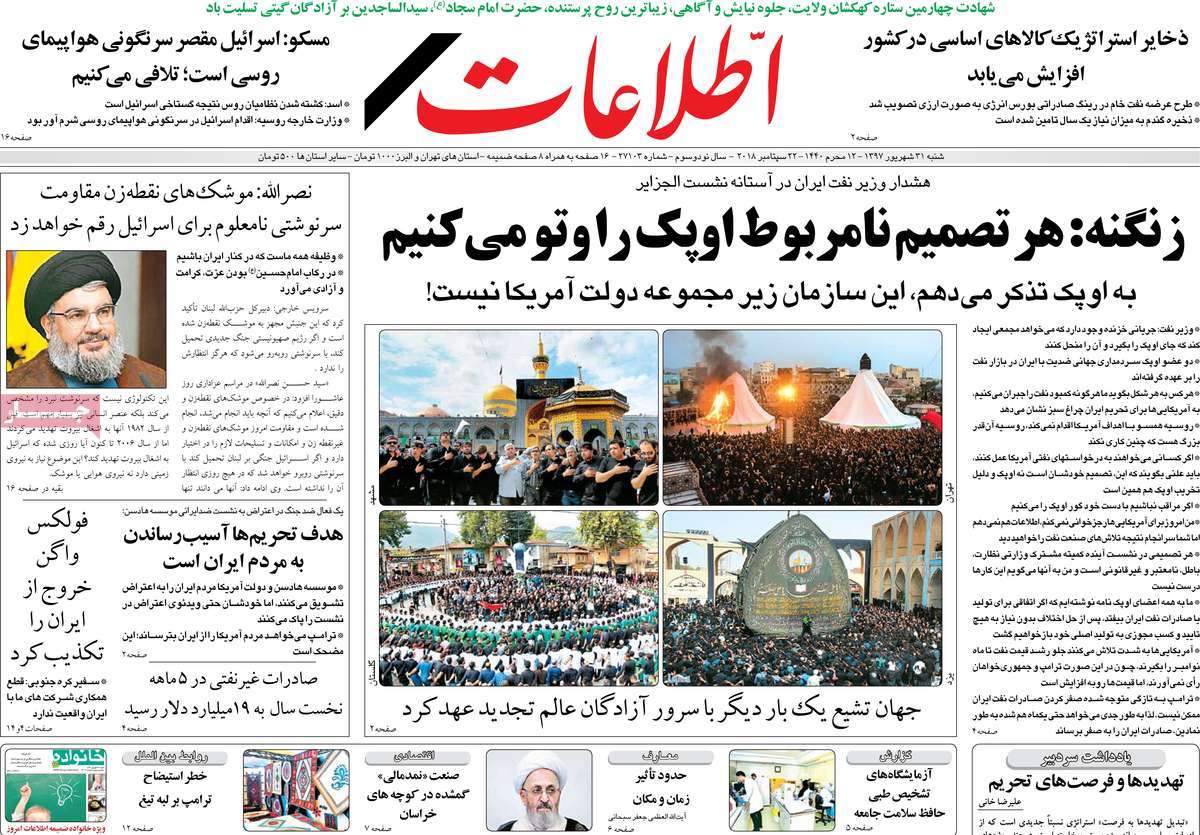 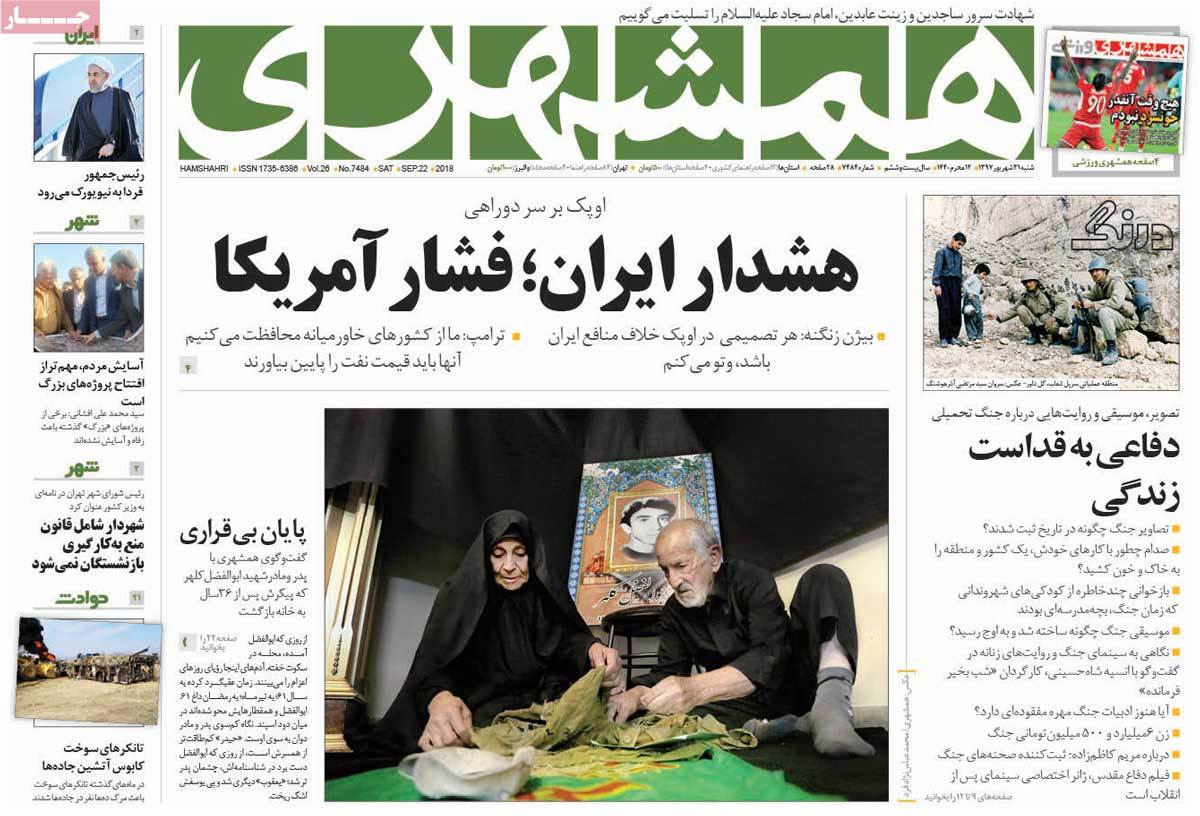 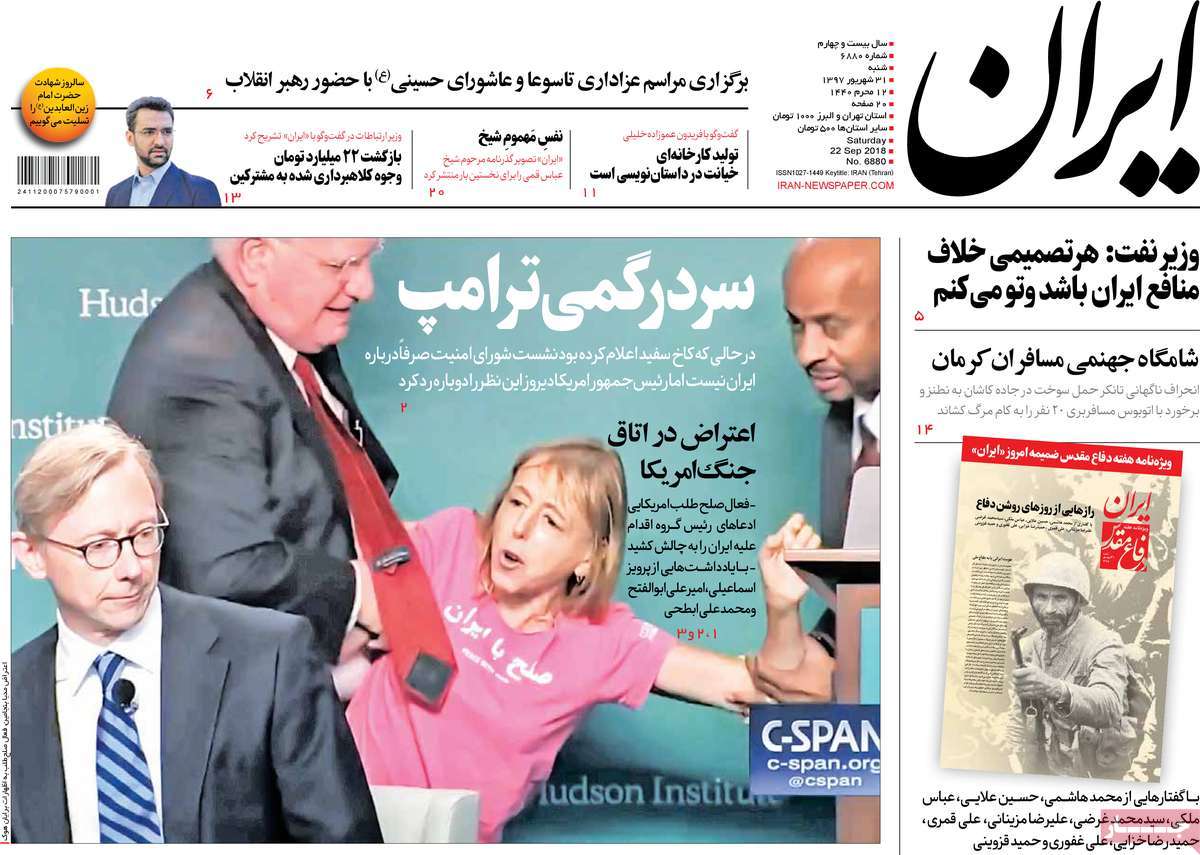 1- Shout of Peace to Masters of War: Who Did Disrupt Hook’s Anti-Iran Session? 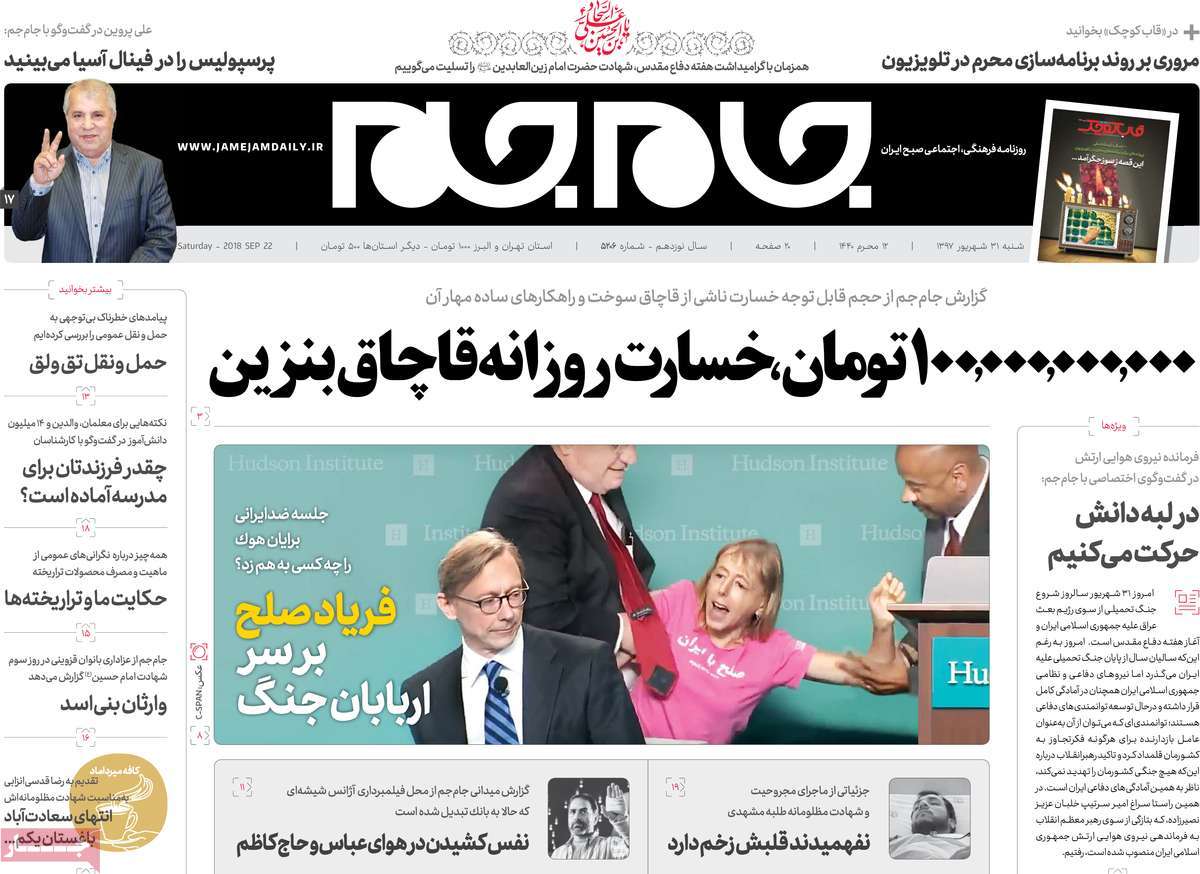 2- Mr Rouhani! Let the World Know US’ Violations of Its Commitments at UNGA 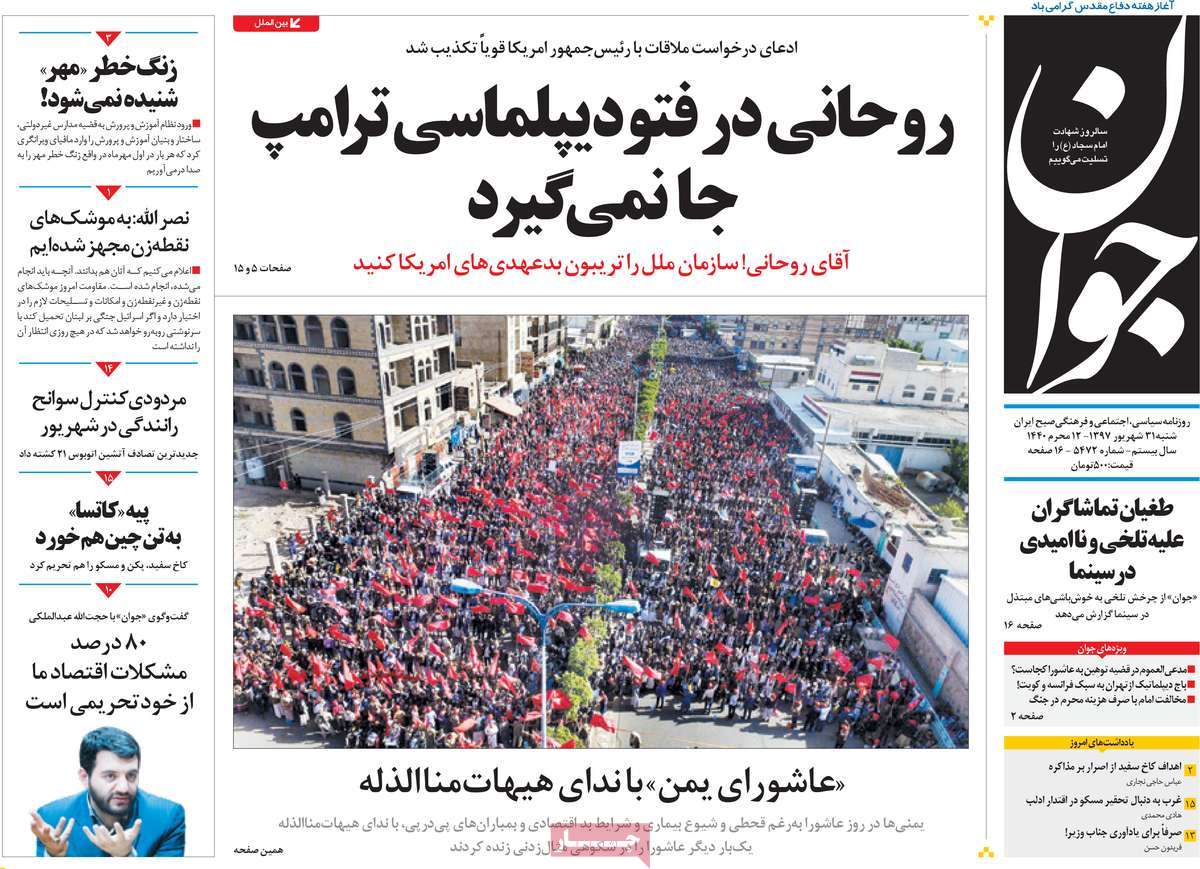 1- This Year’s Ashura More Zealous than Ever

2- Economic Analyst: Iran Won’t Be Whitelisted Even If It Adopts FATF Standards 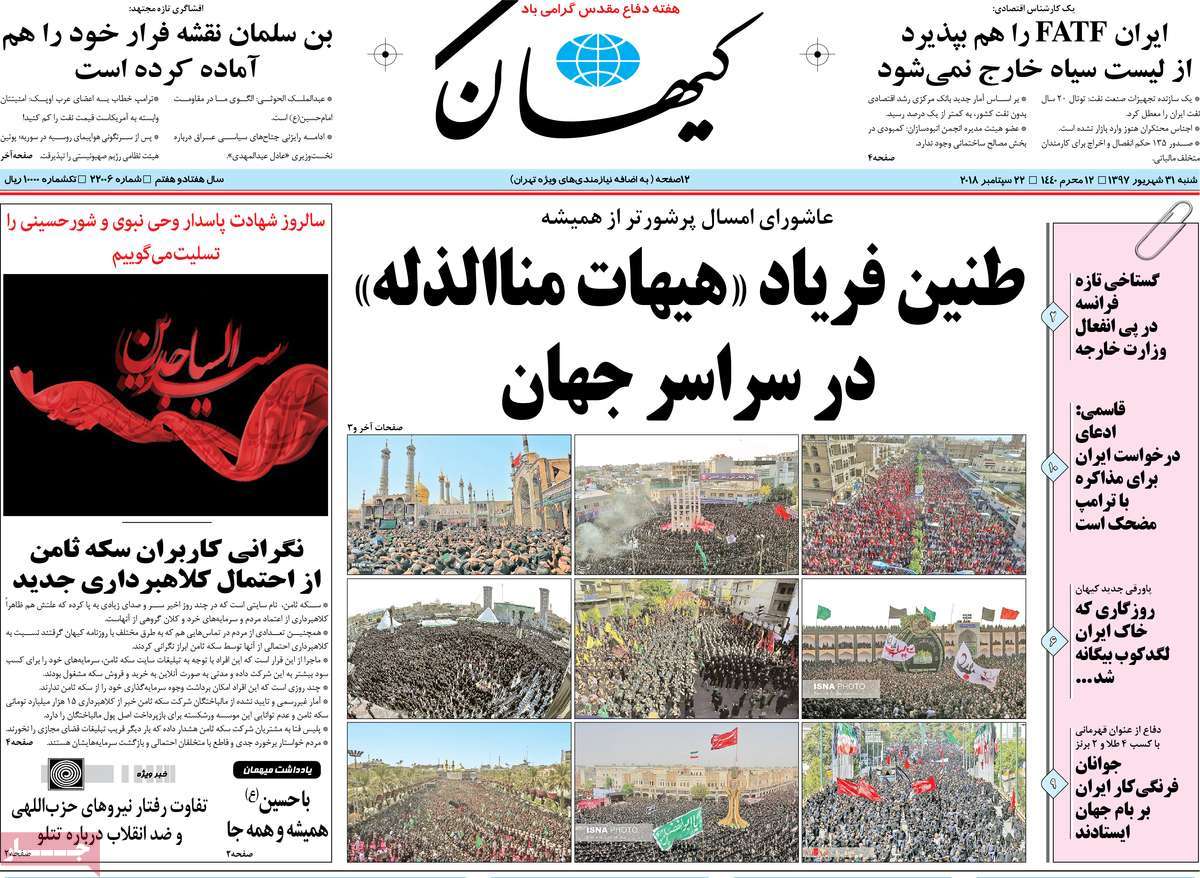 1- 1.296 Million Students Start Their First Day at School as of Today

1- A Tribune for Iran: A Review of Rouhani’s Upcoming Trip to New York to Attend UNGA Session 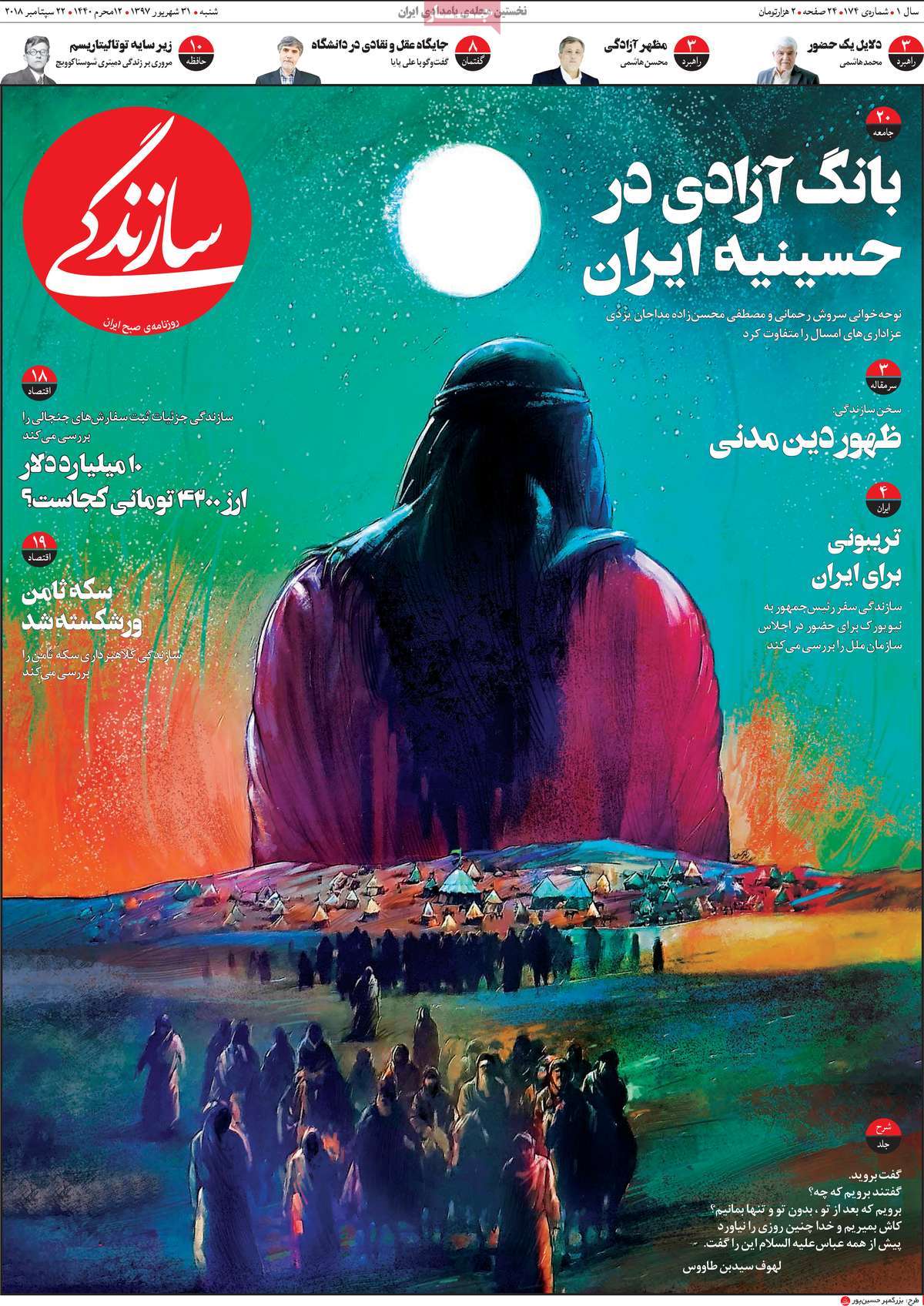 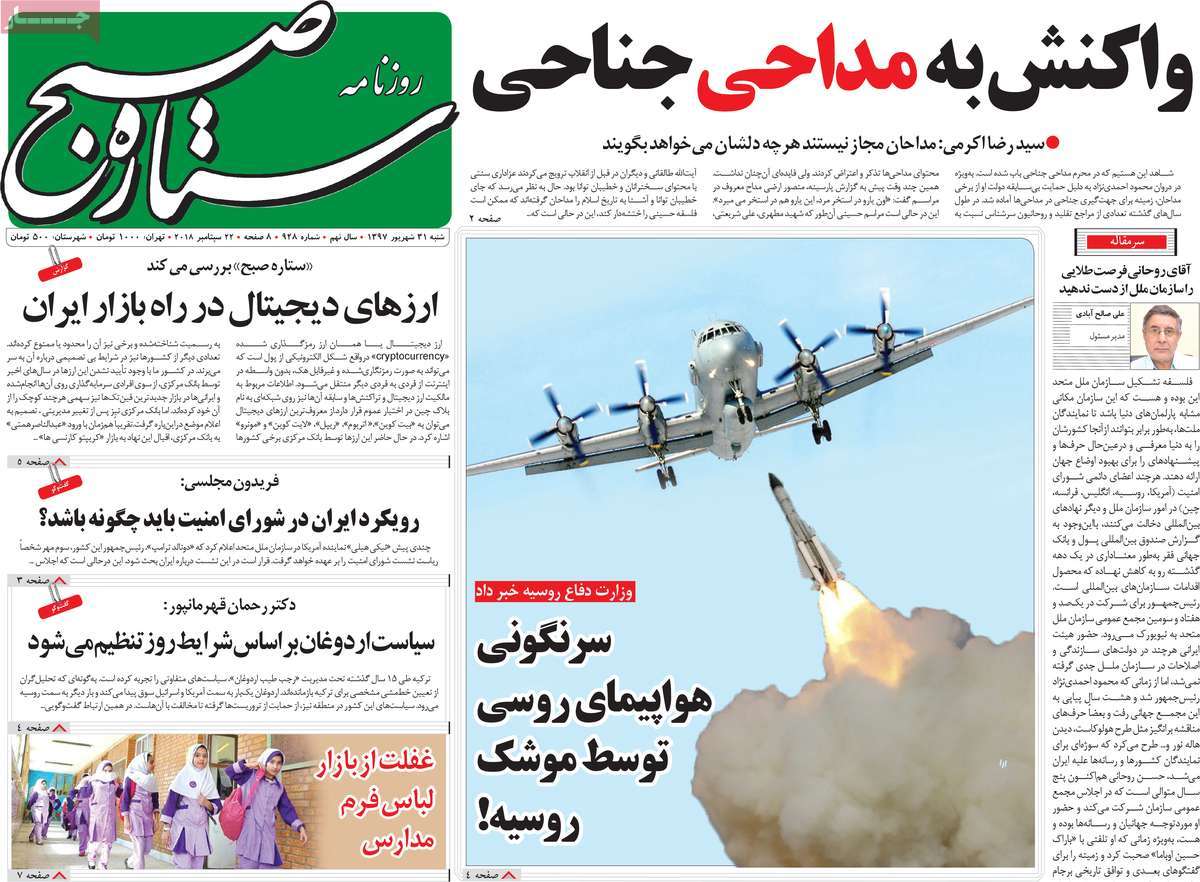 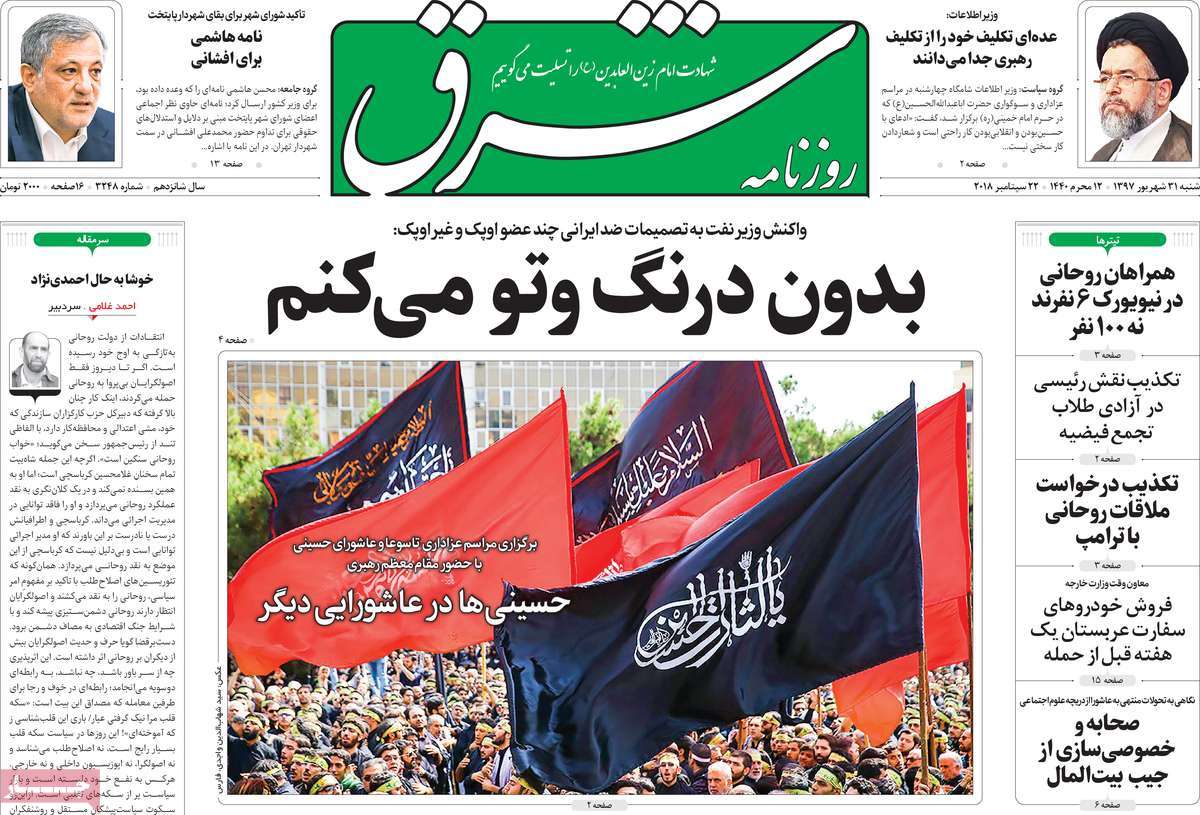 1- Divide and Rule: A Report on Trump Admin’s Plot to Disrupt Iran-Iraq Ties 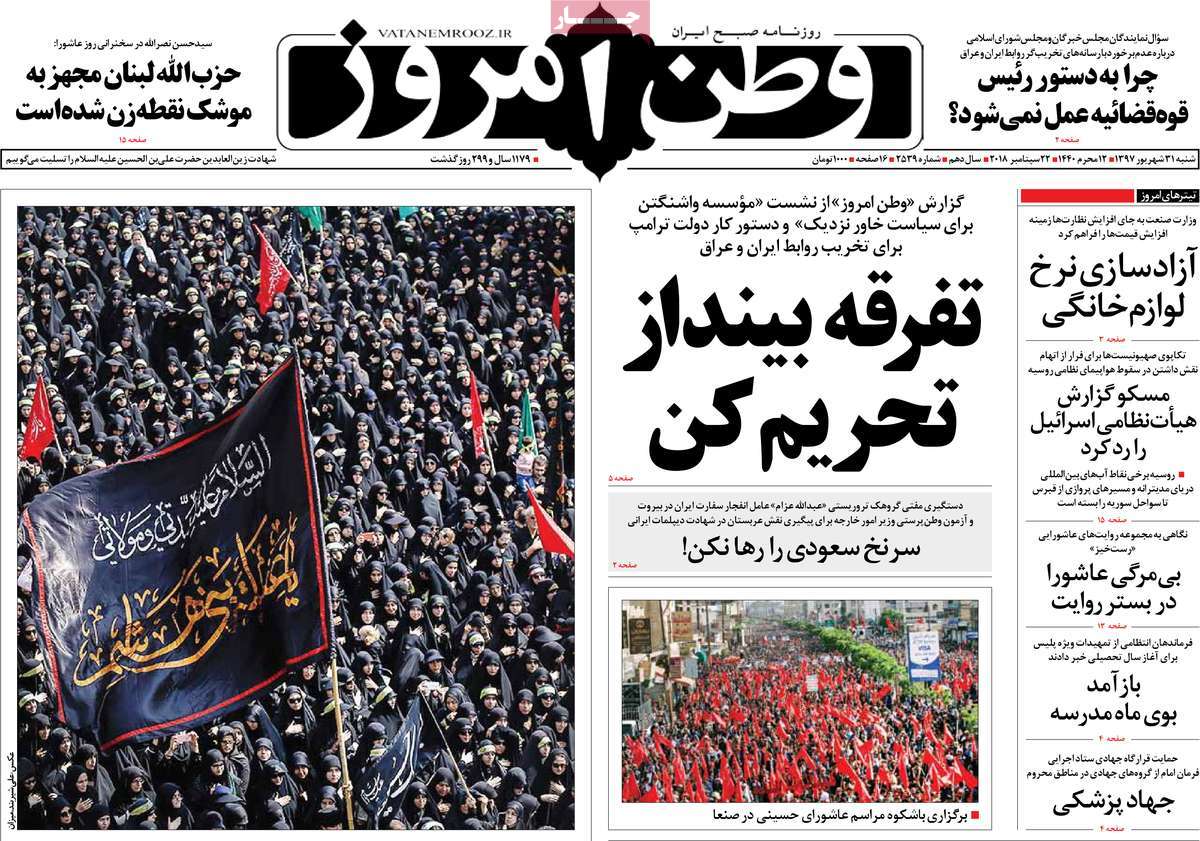