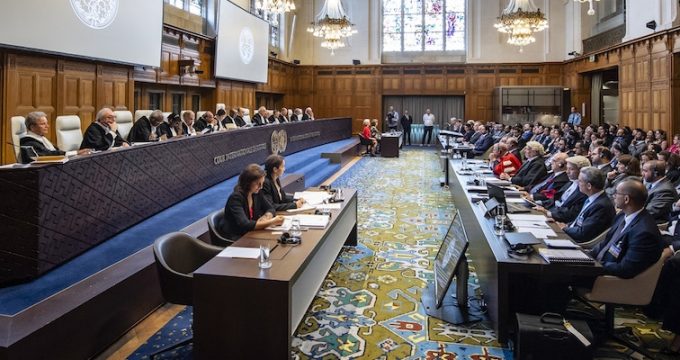 ICJ to issue Order on Iran’s lawsuit against US on Oct. 03

MNA – The International Court of Justice (ICJ) will deliver its Order on Iran’s lawsuit against the United States on Wednesday 3 October 2018.

On Wednesday 3 October 2018, the International Court of Justice (ICJ) will deliver its Order on the request for the indication of provisional measures made by Iran in the case concerning Alleged violations of the 1955 Treaty of Amity, Economic Relations, and Consular Rights (Islamic Republic of Iran v. United States of America).

A public sitting will take place at 10 am at the Peace Palace in The Hague, during which Judge Abdulqawi Ahmed Yusuf, President of the Court, will read the Court’s Order.

Iran filed a lawsuit against the United States earlier in July in the International Court of Justice (ICJ) alleging that the Washington’s withdrawal from the nuclear deal and re-imposing the unilateral sanctions in May violated a 1955 treaty between the two countries.