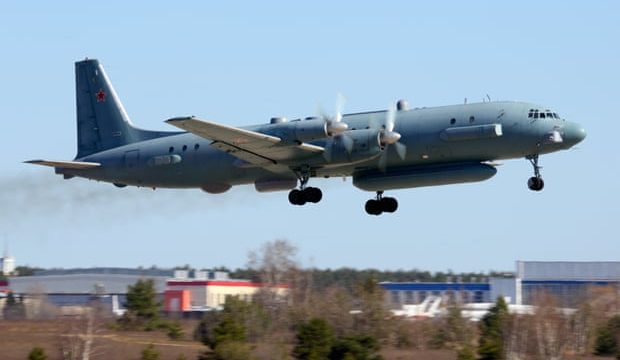 The Guardian – A Russian military aircraft with 15 people onboard has been accidentally shot down by allied Syrian anti-aircraft defences that were targeting Israeli jets, the Russian defence ministry has said.

An eight-vessel search for the Russian Il-20, a surveillance plane, was initiated after contact was lost about 20 miles (35km) off the coast of Syria at about 11pm local time (8pm GMT) on Monday. Russia said it had located the wreckage and some remains of the personnel onboard. No survivors had been found early on Tuesday afternoon.