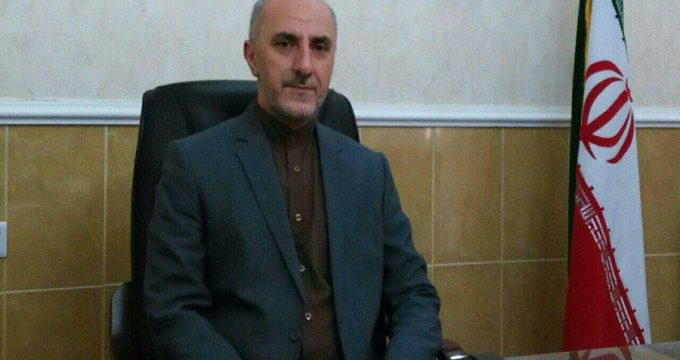 IRNA – Presence of anti-Iranian terrorist groups and ruffians is a heritage from Saddam’s time whose continuation is by no means legal; and describing them as refugees and social activists is totally wrong, said consulate-general of Iran in Erbil on Tuesday.

‘With regards to the strong ties between Iran and Kurdistan Region of Iraq, Iranian armed forces avoided chasing the gangs out of borders so that they would be bound to good neighborliness. However, their disobedience and continuation of terror attacks made Iran take a military action contrary to its will,’ Morteza Ebadi told the Islamic Republic News Agency (IRNA).

‘Therefore, after all other ways were tested, in the framework of legitimate right to defend itself, Iran took a military measure against the ruffians’ base and their terror attacks. It was not due to anti-Islamic Revolution forces’ movements.’

‘The outlaws chose a military path against the Islamic Republic of Iran, which was the fruit of thousands of martyrs, on the first days of its life. They, later on, united with Saddam’s regime and served him in the war against Iran. They have never had the conditions to become Iraqi citizens and their presence in Iraq has no legality,’ said Ebadi.

‘Where in the world can you find the people who were granted citizenship to be kept in garrisons and receive military and espionage trainings and be given the chance to make terror attacks against their own people?’ he asked.

Ebadi added that the terrorists’ staying in Iraq, a friend to the Iranians, to take actions to disrupt public order in Iran and at the same time urging Iran not to take any actions against them is inconsistent with international rules.

Regarding the existence of bases of outlaws in Iraq near the Iranian border, he said that the Peshmerga forces focused on Daesh attacks on northern Iraq, so a vacuum was created near the Iranian border and the terrorists were given a chance to make base in the line between Erbil and Suleymanieh and Iran’s border.

Iran’s consulate general in Erbil said that the presence of terrorist group was an obstacle in the path of developing the villages and counties of Iraqi Kurdistan that had already felt the oppression of Saddam time too. As a result, insecurity replaced economic prosperity and friendship near the borders.

Referring to the anti-Islamic Revolution groups near the Iranian borders and Iran’s diplomatic attempts about them, he said that the armed ruffians have repeatedly penetrated to the border villages of Iran and attacked the border bases in the past few years, among which are assassinating civilians in Piranshahr and border forces in Marivan, and also shooting at public vehicles in Ushnavieh, all in western Iran.

Saying that most of the terrorists received massive blows from Iranian military forces upon entering the country, he added, ‘However, the Iranian foreign ministry and, naturally, consulate-general in Erbil, based on its duties, wrote protest letters to the authorities of the Kurdistan Region of Iraq to remind them the necessity to counter terrorism.’

He also said that the terrorist that are based in Iraqi Kurdistan Region are the murderers of Iranians in Mahabad (12 of whom were women and children); martyrs in Ushnavieh, Piranshahr, Marivan; figures like Mulla Mohammad Azimi, the previous Friday prayers imam in Sardasht; Samira Hossein-panah, a 14-year old girl and many other Iranians.

‘Unfair titles like ‘social activists’ that is given to the runaway murderers by a few media cannot sanctify them; therefore, they are wanted by the judiciary to be put to trial, so extraditing or expelling them is the least expected from Iraq.’

Regarding Iran’s future defense measures, Ebadi said that bases and terrorist actions are the reason of insecurity; it is totally natural that no country stands its national security, territorial integrity and people’s peace and tranquility to be endangered by terrorist attacks and sabotage. ‘Iran is no exception here.’