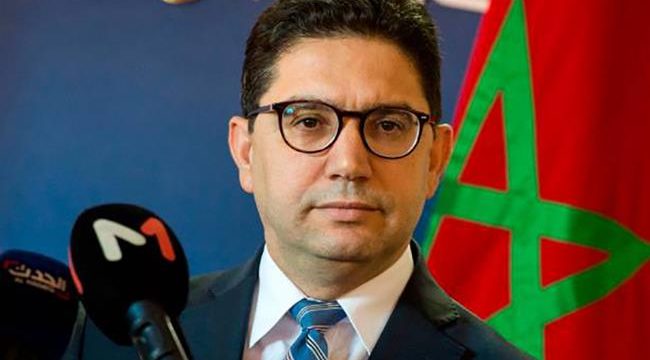 Press TV – Iran says recent allegations leveled by Moroccan Foreign Minister Nasser Bourita are groundless, saying he just repeated the same claims of those who seek to sow discord in the Muslim world.

“The Moroccan foreign minister’s claims, which were published in one of the most extremist and racist neoconservative American media, are more consistent with the current anti-African rule of the White House than a realistic view to issues in Africa,” Iranian Foreign Ministry Spokesman Bahram Qassemi said on Tuesday.

In an exclusive interview with Breitbart News Network last Wednesday, the Moroccan foreign minister accused Iran of of carrying out destabilizing operations in North Africa and said Morocco supports policies of the US President Donald Trump administration towards Iran.

“The Kingdom of Morocco, for one, clearly views the Trump administration’s determination to halt Iran’s efforts to become a hegemonic power in the Middle East, and over the Muslim world more broadly, with great enthusiasm and hope,” Bourita said.

The Iranian spokesperson dismissed the claims and said, “The Islamic Republic of Iran’s relations with African countries have always been based on mutual respect to national sovereignty and the expansion of grounds for common cooperation.”

Instead of paying attention to long-term interests of Morocco and its people in foreign relations, the African country makes hasty claims dictated by others under the pressure of third parties, Qassemi pointed out.

He also said Morocco has cut off ties with Iran two times in one decade, adding this move shows that the country has no stability in its foreign relations.