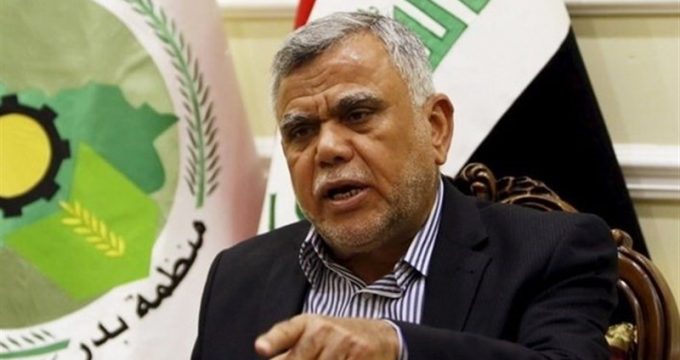 Tasnim – Leader of Iraq’s Badr Organization Hadi al-Amiri withdrew his candidacy for prime minister on Tuesday, putting the country one step closer to forming a government after months of political stagnation.

Amiri heads the Fath (Conquest) Alliance, an electoral bloc which came in second in May’s national election. His coalition has been vying to build the largest bloc which would form the government, with him as prime minister.

“I would like to announce to the dear Iraqi people the withdrawal of my candidacy for prime minister, to open the way for serious dialogue to elect a prime minister and his government according to the vision of the Supreme religious authority,” he said in a news conference, Reuters reported.

Amiri’s Alliance has been in advanced talks with cleric Moqtada al-Sadr to form a new alliance in recent days.