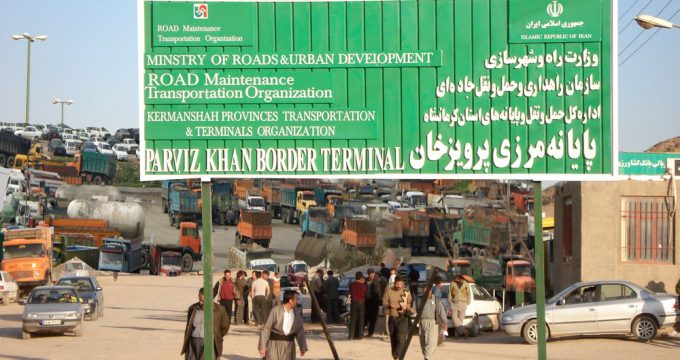 IRNA- Parviz Khan official border is among the most important border crossings between Iran and Iraq, an Iranian official said on Monday.

Given the border’s strategic importance for both parties, Iran seeks to enhance cooperation and trade exchanges through the border, Qasr-e Shirin Governor, Morad-Ali Tatar said during a meeting between Iranian and Iraqi delegations.

Tatar said Parviz Khan Border is among the largest Iran-Iraq export borders and the two countries should make efforts to facilitate and enhance exports through the border crossing to make the best use of its capabilities and to address border issues in the shortest time possible.

He stressed on appointing representatives from Iran and Iraq to improve coordination and to solve problems on a daily basis.

Head of the Iraqi delegation, Abdullah Nouri Abdullah also highlighted the significance of the border crossing for the Islamic Republic of Iran and Iraq and said it has several advantages for the people of the two countries.

Nouri Abdullah said meetings between the two countries can both reduce the number of the existing problems and facilitate transferring goods from Parviz Khan official border.

Other issues discussed at the meeting included issuing manifests for the exported cargos, taking appropriate measures by the Iraqi side to prevent drivers from staging strikes and to avoid downturn of business activities at the border area, providing informing about product return and the reasons for returning the products, expediting exporting fresh fruits and vegetables and holding monthly border meetings.

Qasr-e Shirn is situated on the west of Kermanshah Province and has 186 kilometers joint border with Iraq along which there are two border passages of Parviz Khan and Khosravi.

More than 50 percent of Iran’s export commodities are transferred to Iraq through Parviz Khan Border Crossing.