A Look at Iranian Newspaper Front Pages on September 17

Iran Front Page – IFP has taken a look at the front pages of Iranian newspapers on Monday, September 17, 2018, and picked headlines from 14 of them. IFP has simply translated the headlines and does not vouch for their accuracy.

Several papers today reported the decision by US Defence Secretary Jimmy Mattis to leave the government of Donald Trump after the US mid-term elections.

The controversy surrounding former US Secretary of State John Kerry and his spat with Trump over his meetings with Iranian Foreign Minister Mohammad Javad Zarif also remained a top story today.

A number of reports also highlighted Zarif’s protest against Twitter’s move to block the accounts of Iranian netizens and its silence over the fake accounts run by MKO terrorist group against Iran.

2- Suspects for Attack on Iran Consulate in Basra Arrested 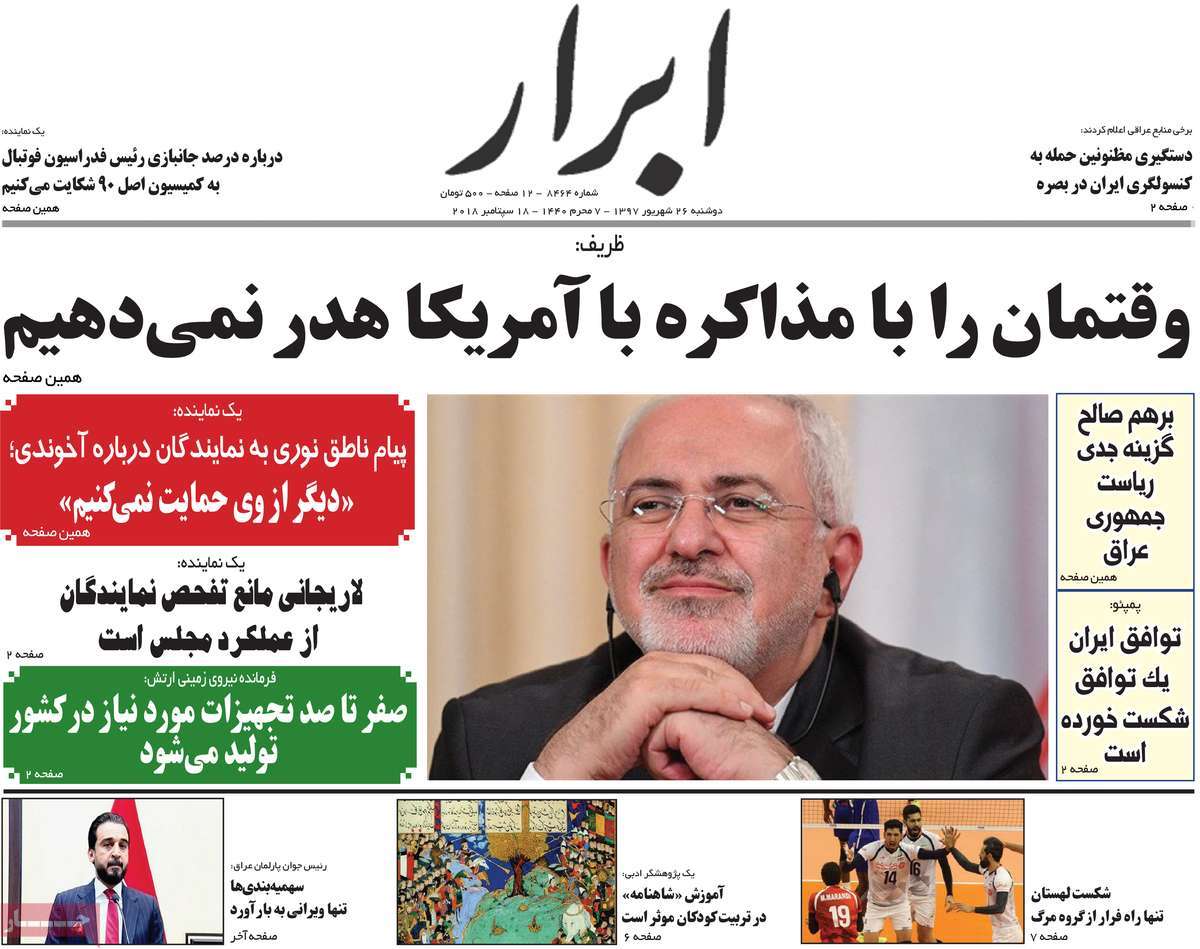 2- Kerry Not a Traitor; Why US Society Can’t Accept GOP’s Criticism of Kerry 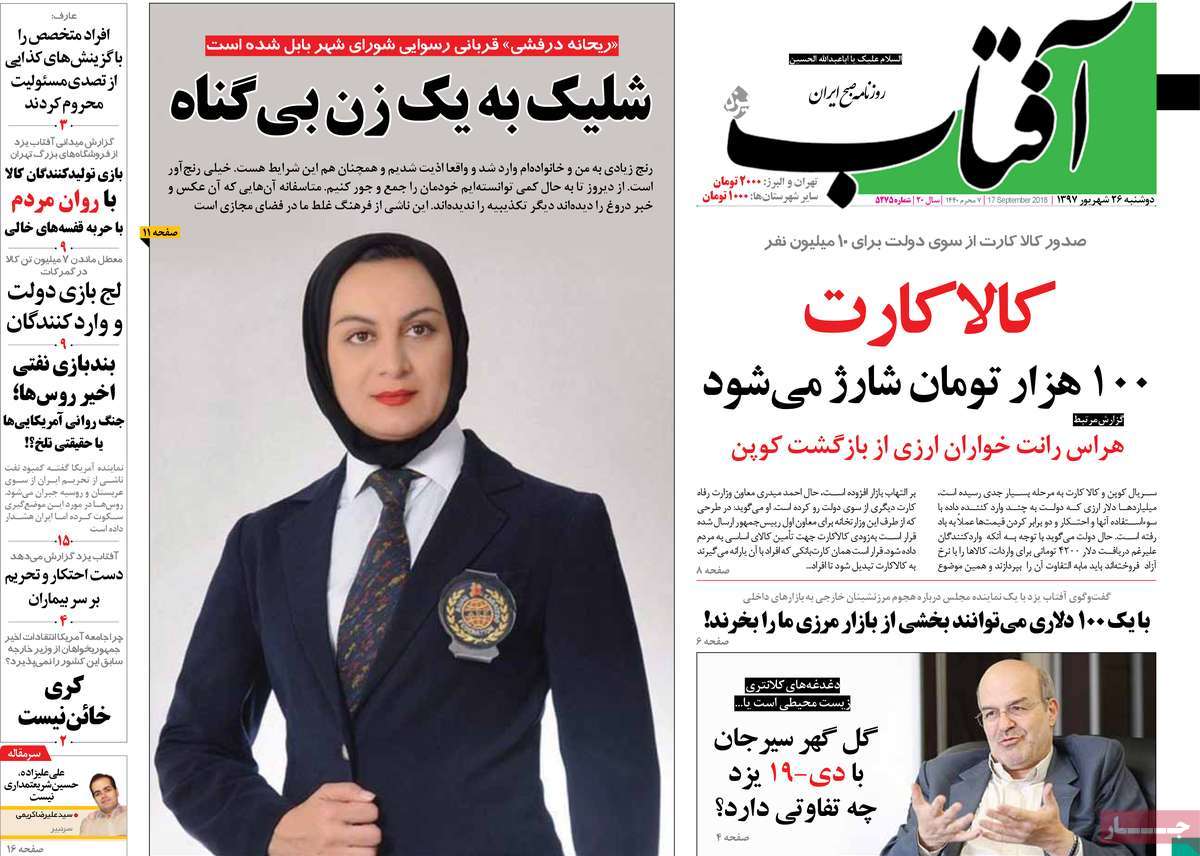 1- People of Tehran Moving Elsewhere Due to Price Hikes 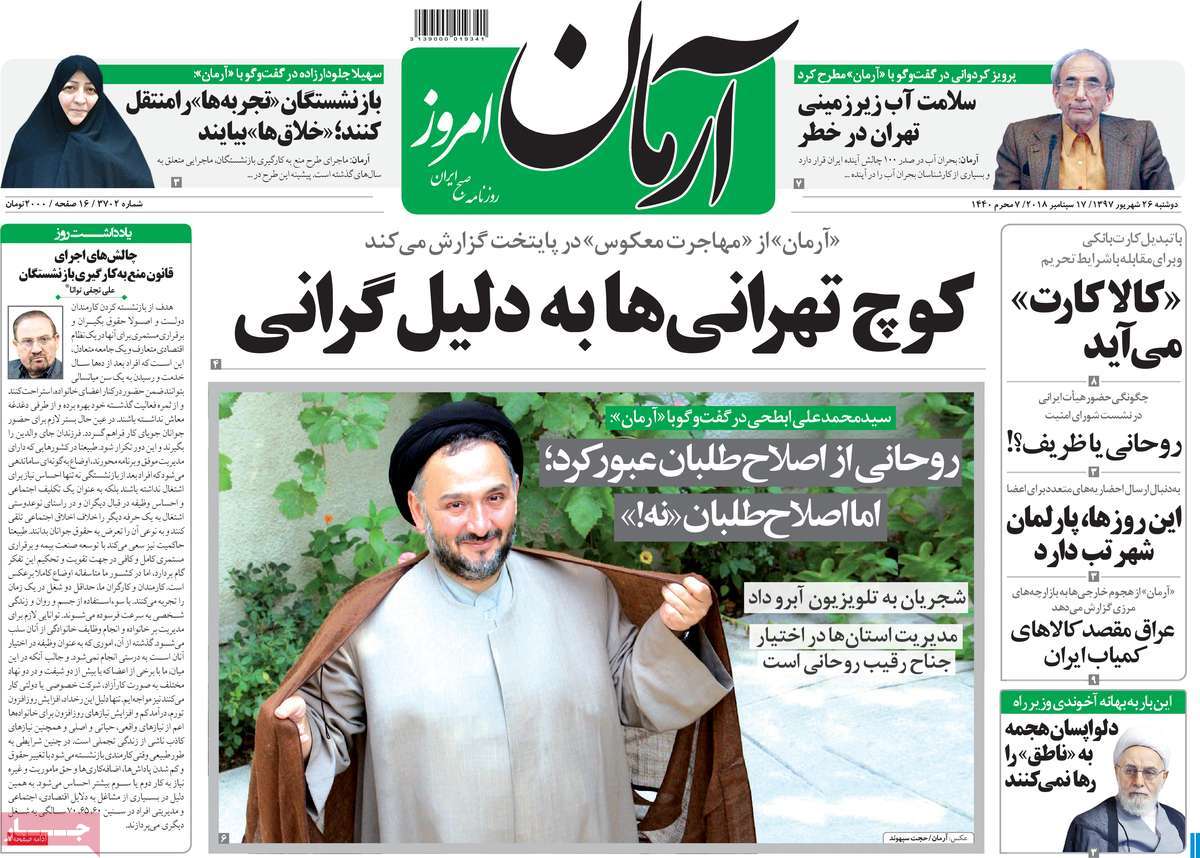 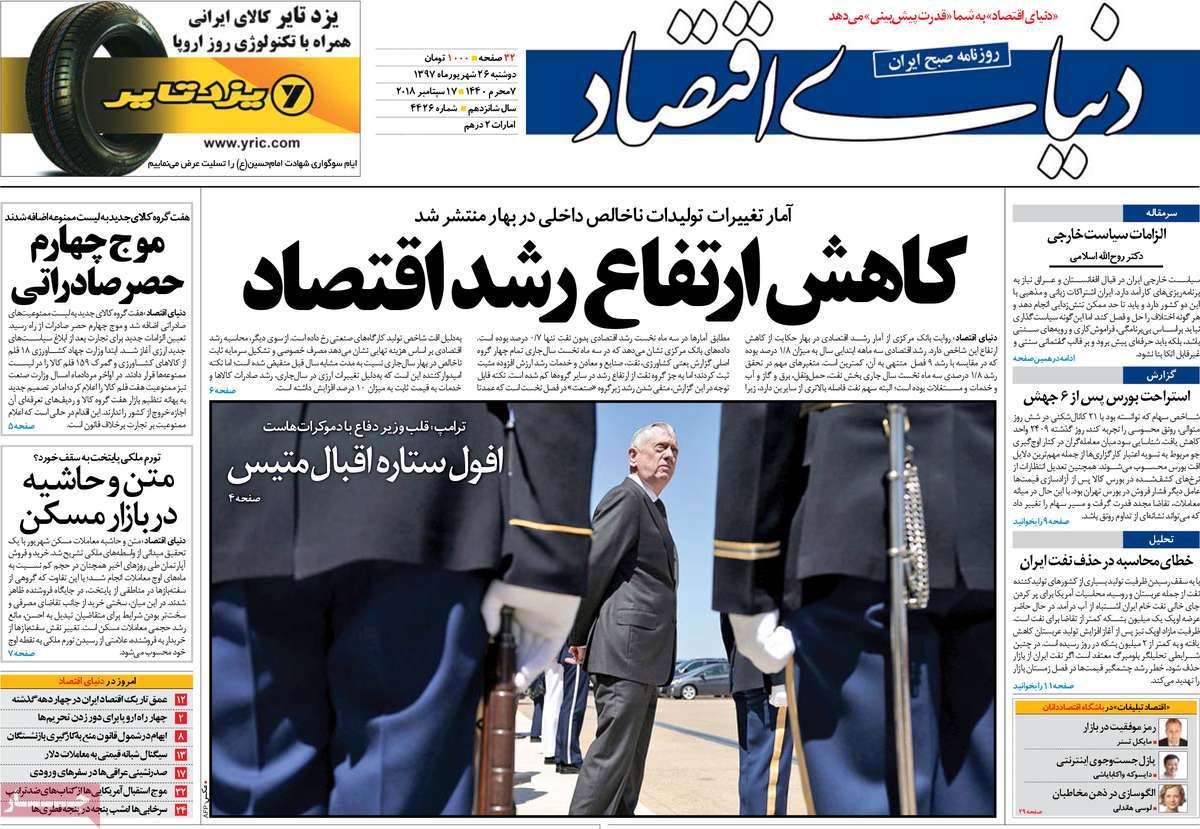 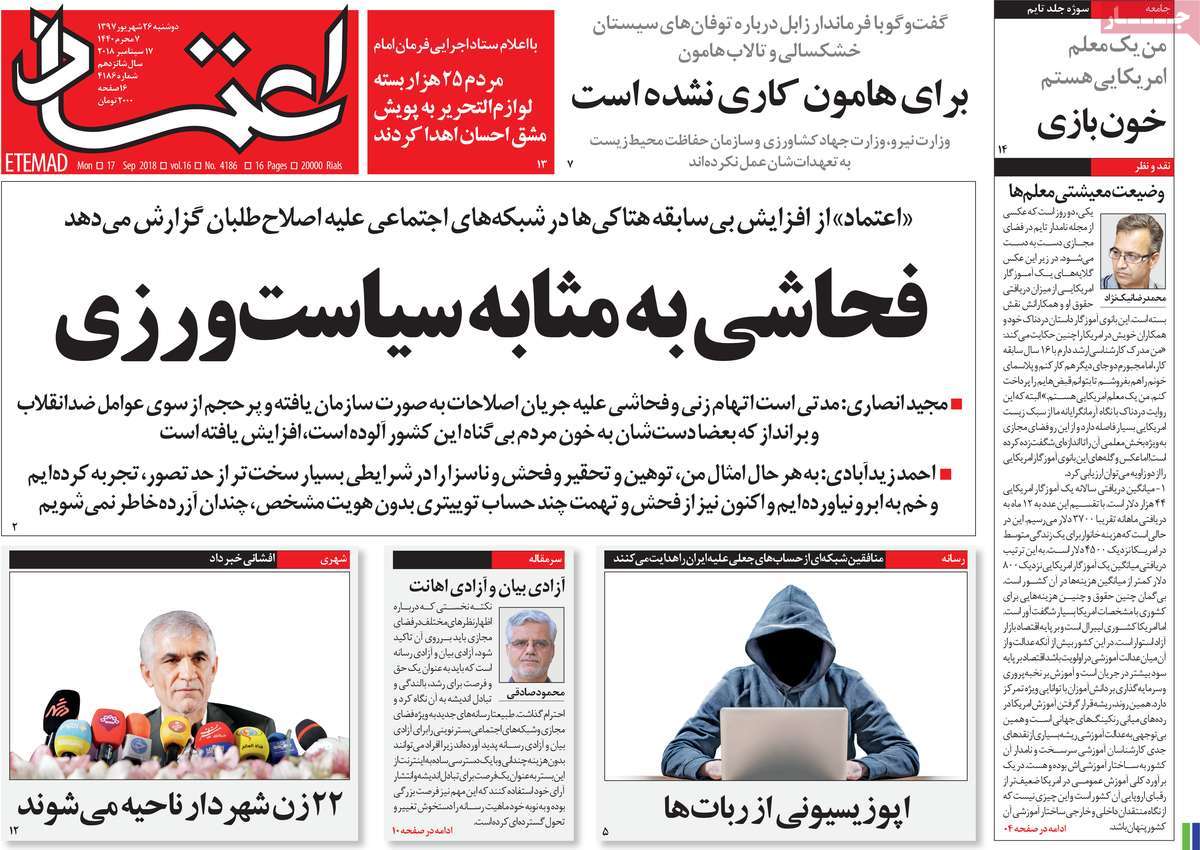 2- Tehran Mayor: 22 Districts in Tehran to Be Governed by Women 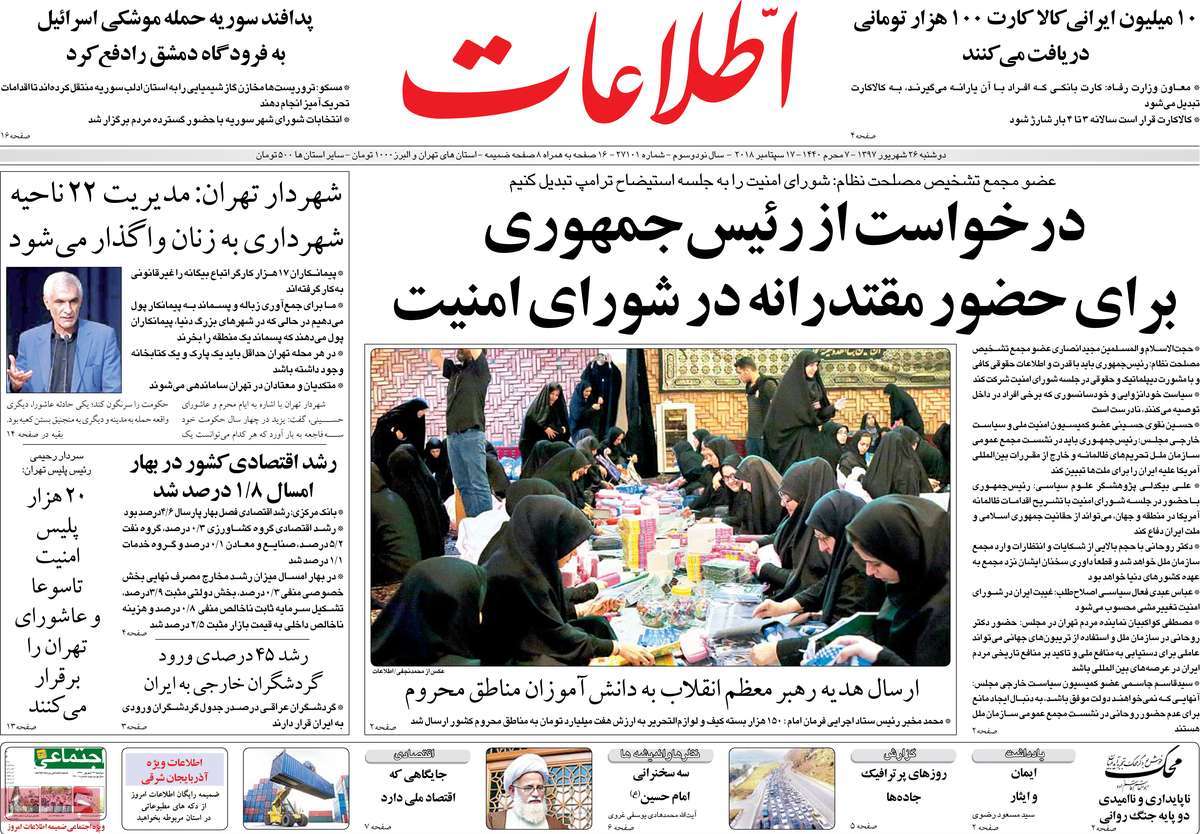 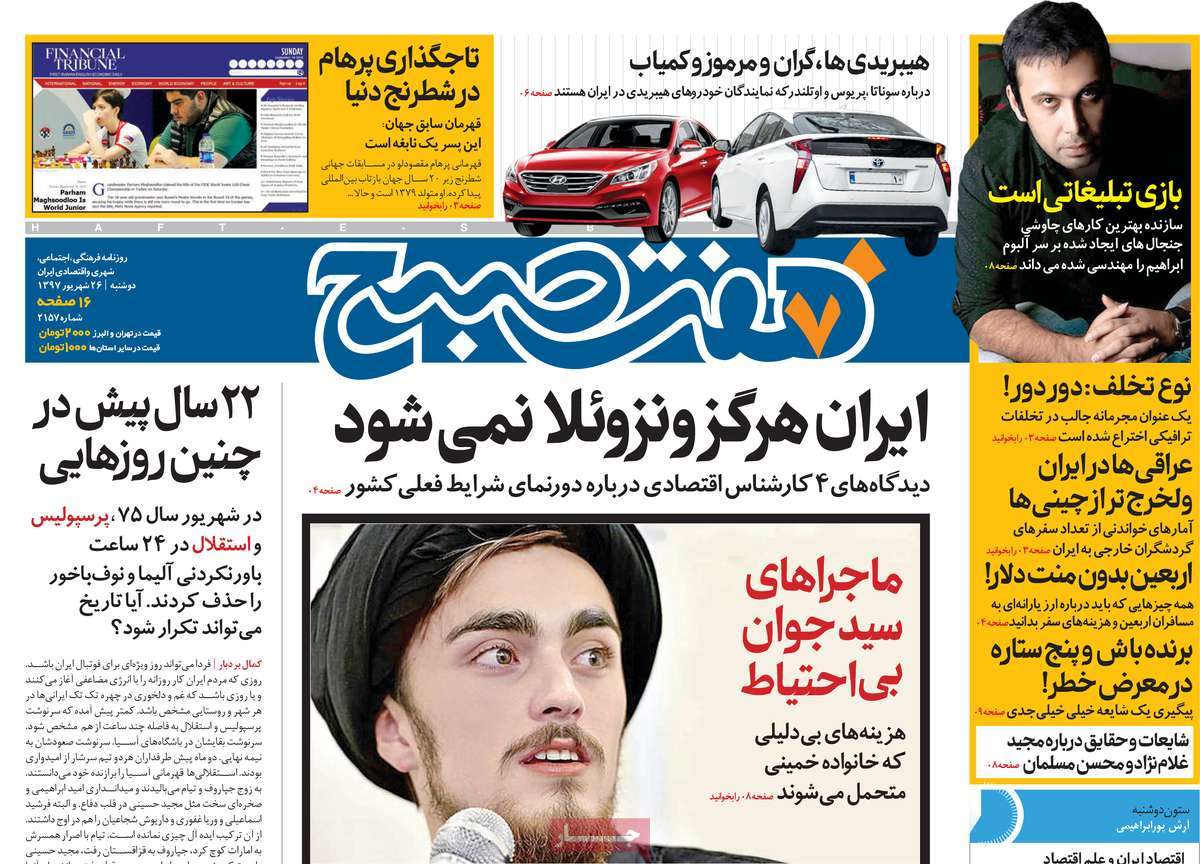 1- Kerry: We Felt Relieved after Rouhani’s Victory and Zarif’s Appointment 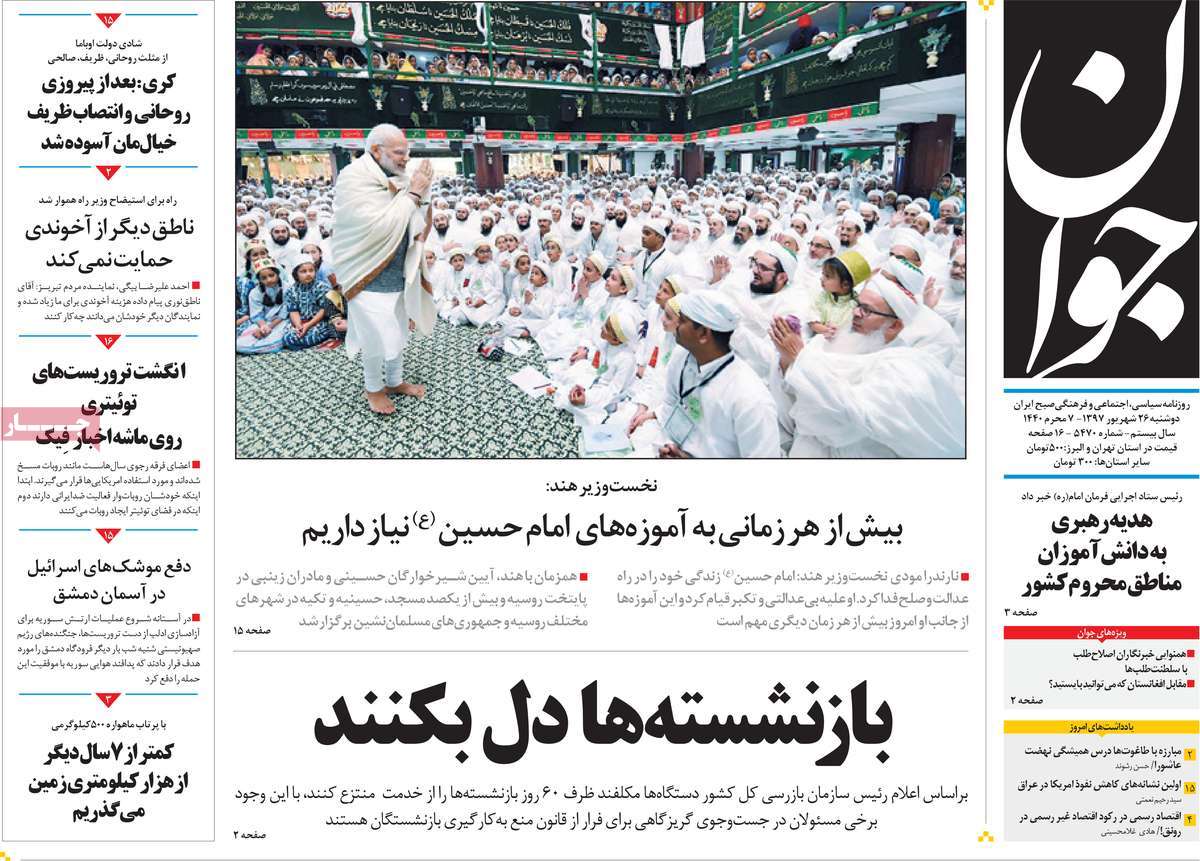 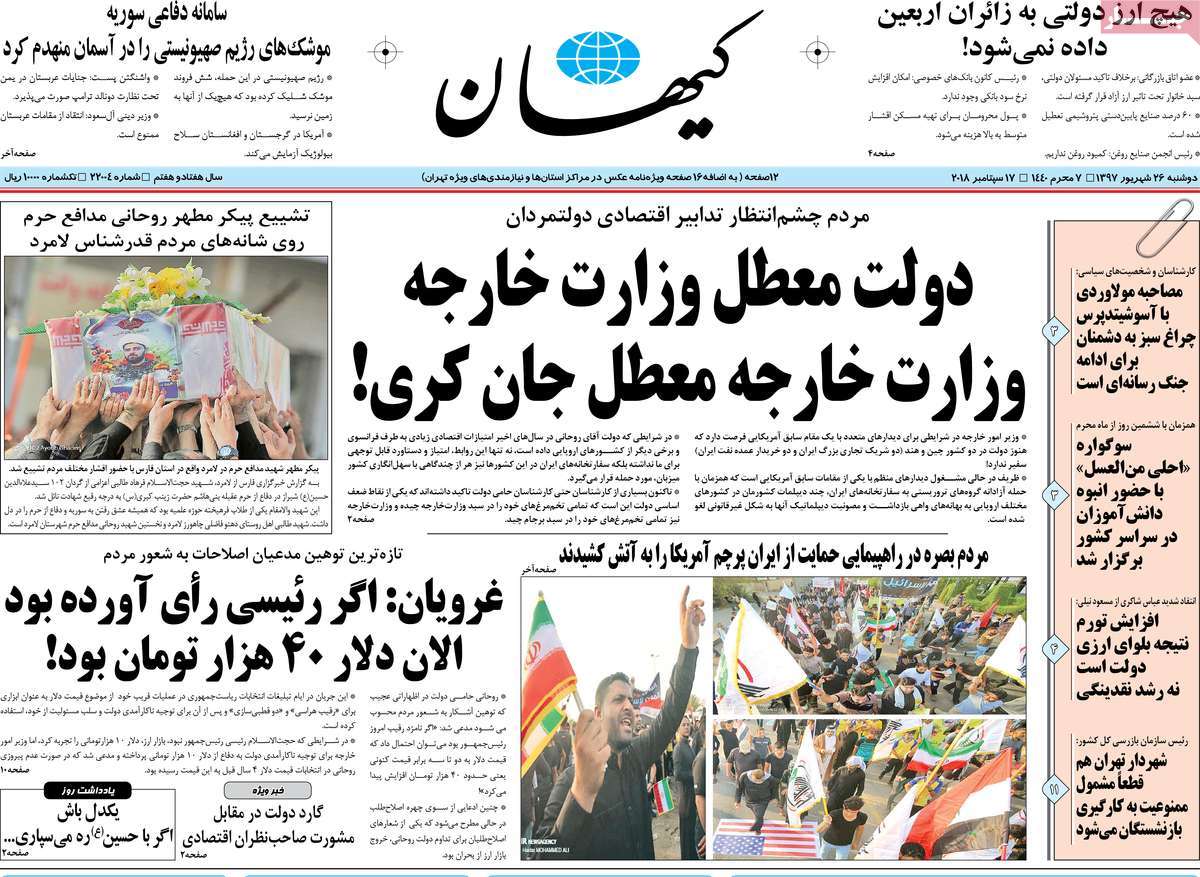 1- Both Partner and Rival: A Review of Iran-Russia Oil Ties

2- Farewell to Mad Dog: Mattis to Leave Trump Administration after US Elections 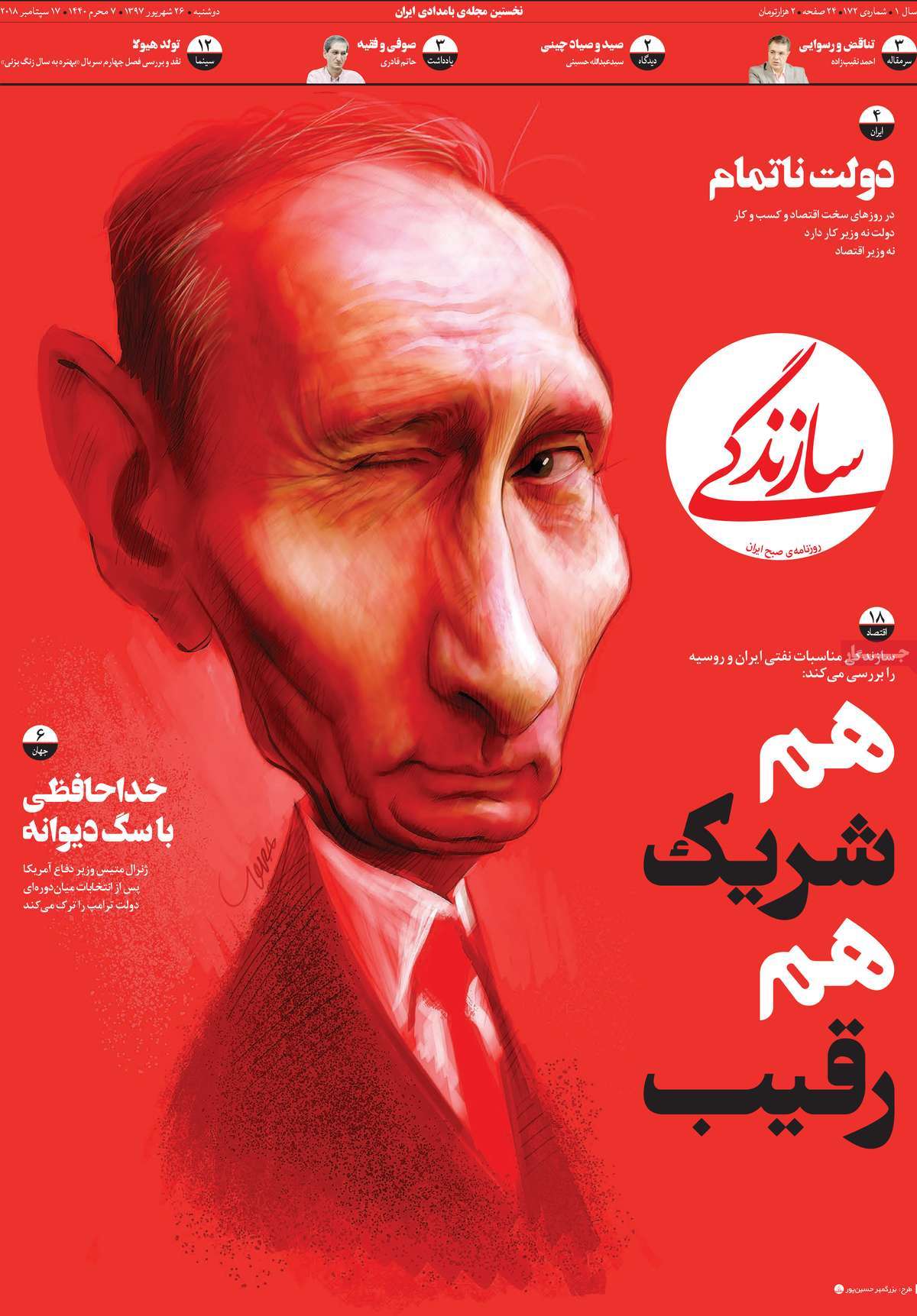 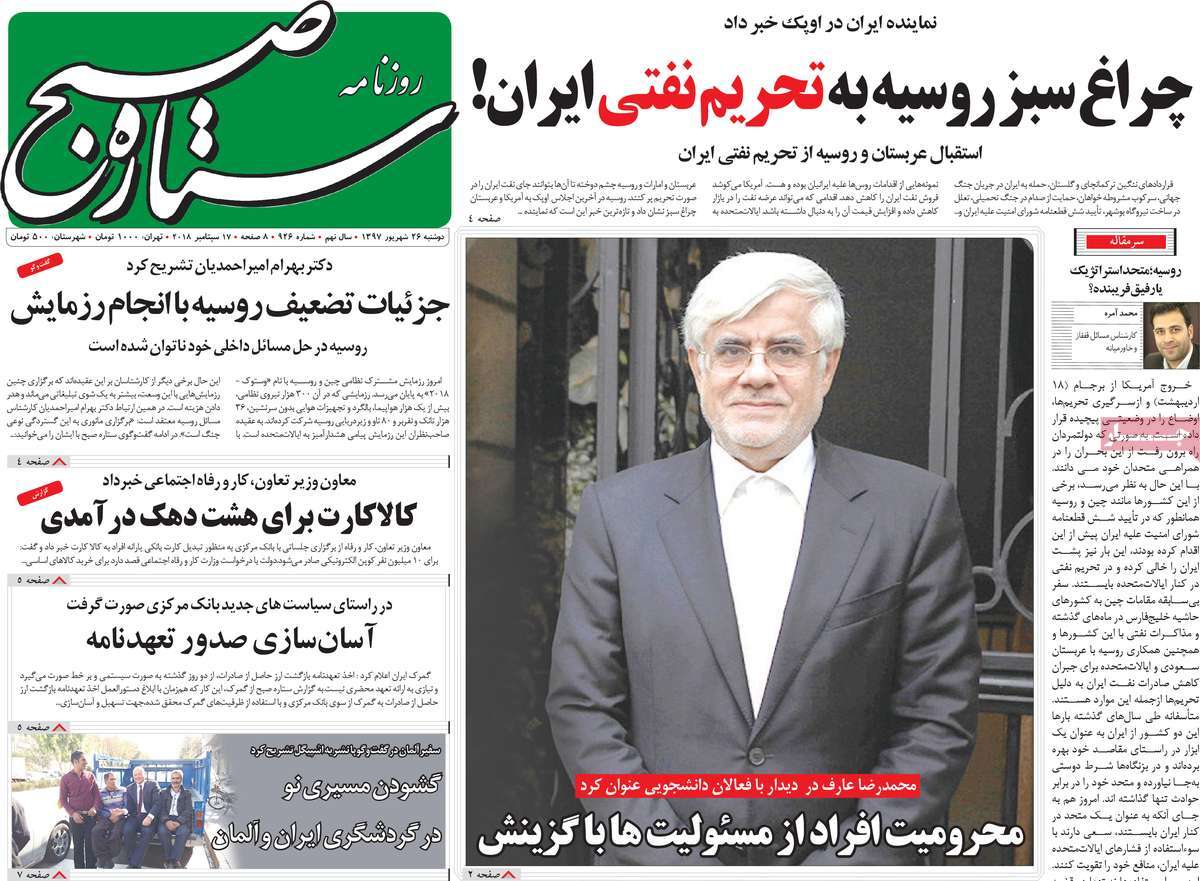 2- People Can Turn in Retired Officials Still at Work 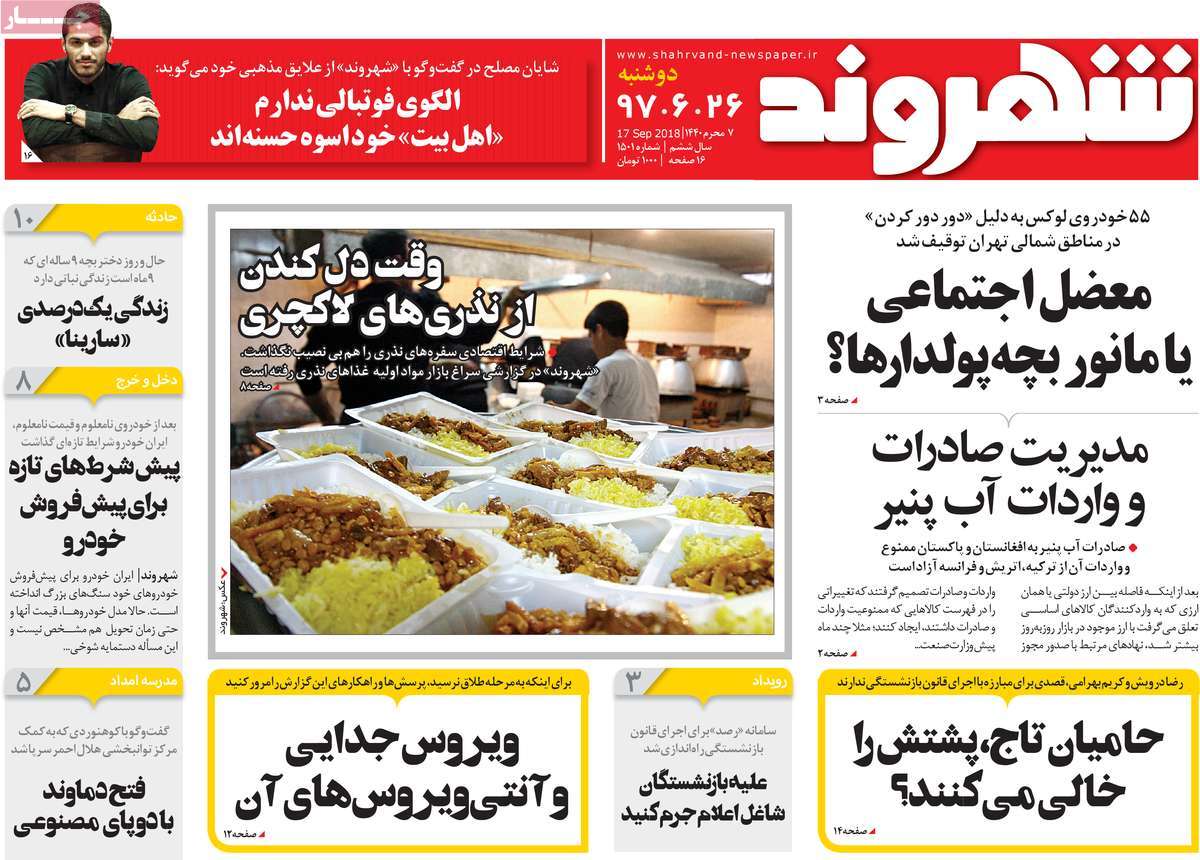 1- Reports on Meeting between General Soleimani, US Envoy Rejected 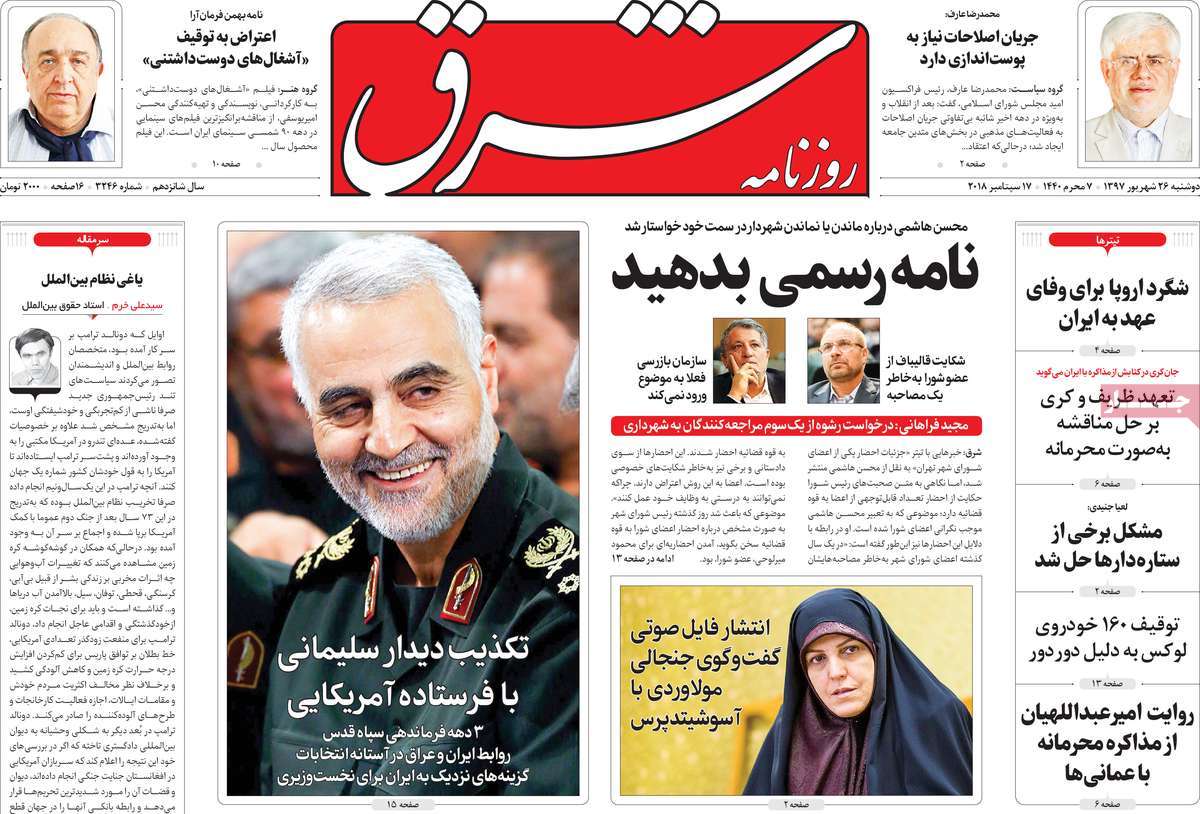 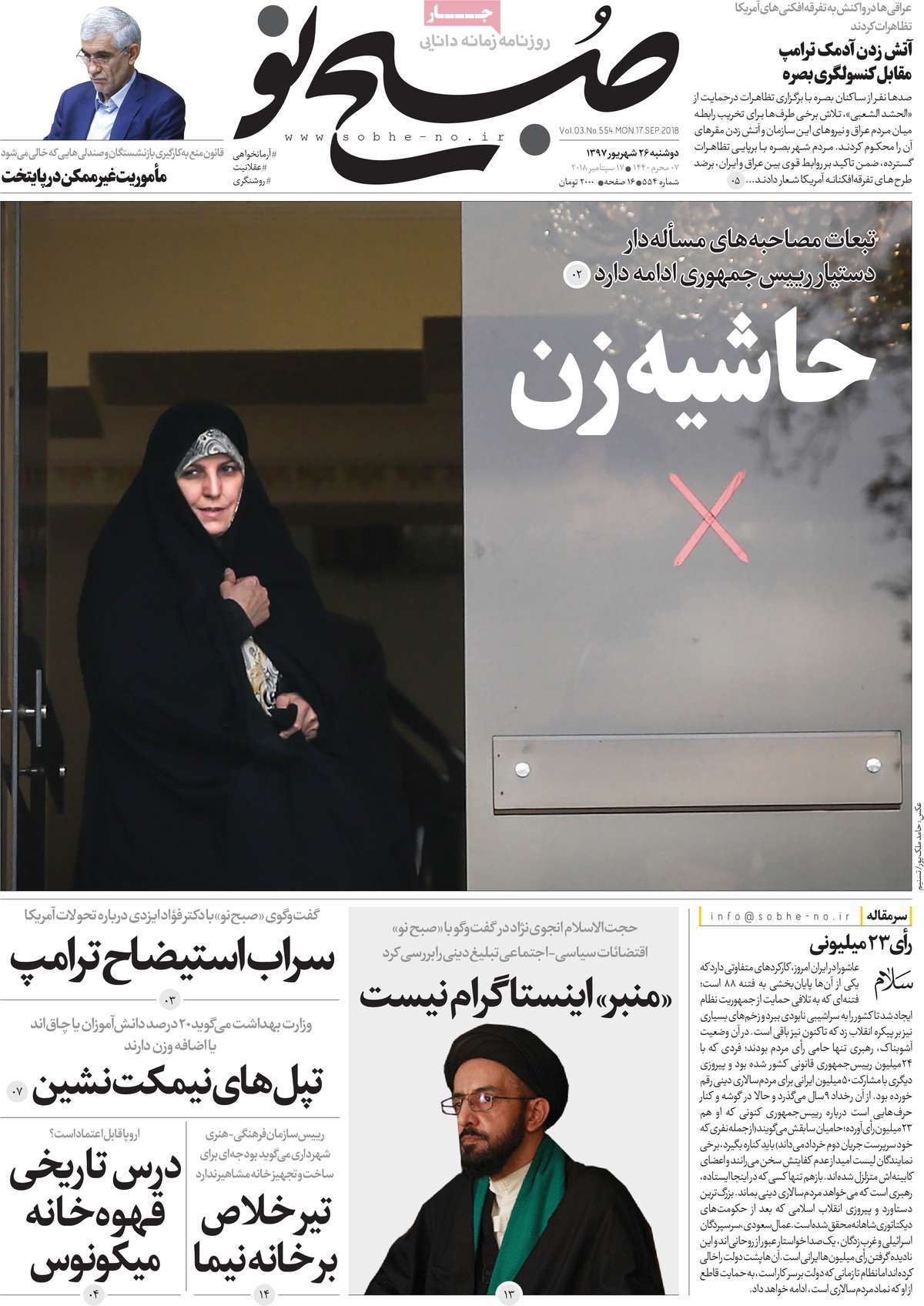