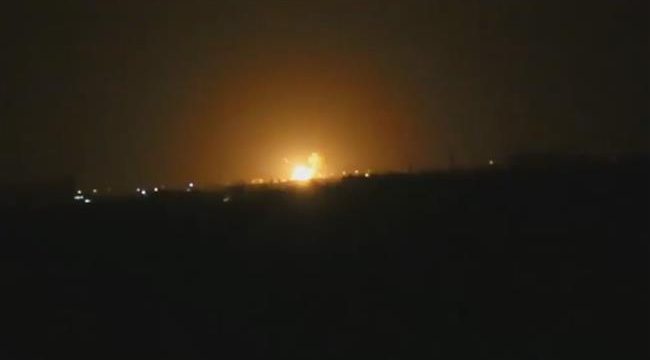 Press TV – Syrian military has announced that its missile defense system successfully intercepted and downed Israeli missiles fired at an airport in the capital Damascus.

The official SANA agency said late Saturday that the military had thwarted an “Israeli aggression,” adding that a number of “enemy missiles” fired at the Damascus International Airport had been dismantled.

“Our air defense systems thwarted an Israeli missile aggression,” a military source told the agency, after reports said several explosions had been heard near the airport.

An Israeli military spokeswoman would not comment on the report by SANA.

“We don’t comment on foreign reports,” said the Israeli official, without elaborating.

Israel has become increasingly involved in the war in Syria with attacks on the country’s military and civilian infrastructures over the past few months.

The Tel Aviv regime has launched the attacks as Syria has managed to recapture many areas across the country from the grip of militants.

However, many of those attacks have failed as Syrian defense system has managed to shoot down missiles fired by the Israelis.

The attack on Damascus airport on Saturday came just a fortnight after Syrian authorities rejected reports about a missile attack by Israel on the facility.

Syria repeatedly claims that Israel has backed terrorist groups since the war broke out in the Arab country in March 2011.

Reports have indicated that militants have been transferred from Syria to the occupied Palestinian territories to receive treatment and training from the Israelis.