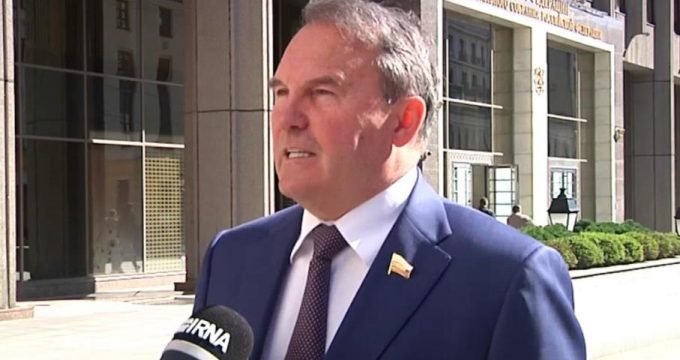 IRNA – Russia’s 62-year-old senator, said Iran was a major contributor to ISIL’s defeat and the terrorists are afraid of Quds Force.

Igor Marozov, in an in-depth interview with the IRNA in Moscow, expressed his views on the level of relations between Iran and Russia, how the two countries confronted the US sanctions against Tehran and Moscow, which will soon be published in full.

In a part of the interview, he stated that Iran had a huge share in the defeat of the ISIL, and Iranian units that participated in the crackdown on the ISIL had gained a war experience and honor.

‘It is important that today all Iran’s Quds Force is known, and more importantly, the terrorists are afraid of it, because terrorists in the future must be defeated in any part of the world,’ said Marozov.

‘Iran and Russia have come to terms with the fight against terrorism, and they believe that terrorism does not know religion, nationality, and national borders’, he said.

The Russian senator arrived in the Council of the Russian Federation from 2001 to 2003, then on to the Russian Duma and, until 2007, served on the Duma’s International Affairs Commission.

He has been a senator at the Council of the Russian Federation since 2012.

Marozov, a graduate at the KGB Andropov Institute in Moscow and the Academy of Management of the Russian Ministry of Interior, is also the colonel of the Russian Federal Security Service, and is also an expert in international affairs and author of several scientific and paper works.