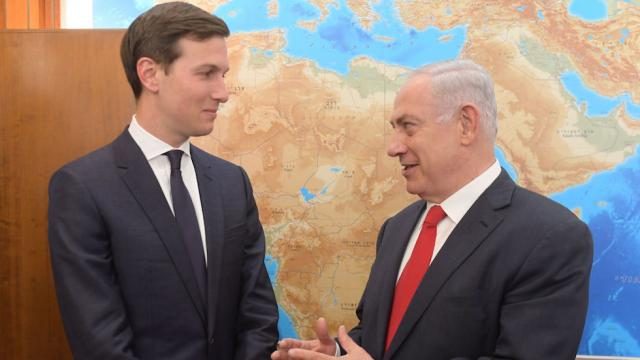 Palestinians say will not succumb to US ‘blackmail’

Press TV – The Palestinian Authority has hit out at the US administration’s “blind bias towards false perceptions” in the Middle East, accusing Washington of following a policy of blackmail.

The US administration recently adopted a series of punitive measures against Palestinians, blocking money to millions of refugees in the occupied West Bank and the besieged Gaza Strip.

“The American perception of matters reflects an irresponsible policy that will lead to a destructive void and pose a real danger to the international legal system,” Palestinian Authority spokesman Nabil Abu Rudeineh said Saturday.

The official took aim at US presidential adviser Jared Kushner, saying his claims that the punitive measures would not hurt chances for a peace deal in the Middle East showed his ignorance.

Kushner told The New York Times on Friday that President Donald Trump had actually improved the chances for peace by blocking the aid and stripping away “false realities” in the occupied territories.

Kushner also defended Trump’s decision to recognize Jerusalem al-Quds as the so-called capital of Israel and relocate the US embassy from Tel Aviv to the extremely sensitive city.

“There were too many false realities that were created – that people worship – that I think needed to be changed,” Kushner said.

“All we’re doing is dealing with things as we see them and not being scared out of doing the right thing. I think, as a result, you have a much higher chance of actually achieving a real peace,” he added.

Abu Rudeineh said Kushner’s statements “stem from ignorance of the reality of the conflict” between Israel and the Palestinians who are pushing for an independent state with Jerusalem al-Quds as its capital.

“The statements are also an attempt at deception and falsification of the special history of al-Quds and its Islamic and Christian holy sites. The US administration’s positions have poisoned Palestinian-American relations,” he added.

Abu Rudeineh said that there can be no peace without a Palestinian state, with East al-Quds becoming its capital on the basis of UN and Arab summit resolutions about the Middle East conflict.

The spokesman said Washington’s efforts to deny the historic and religious truths of the Palestinian people will place the region in a windward, but that Palestinians are determined to thwart “all conspiracies.”

Palestinians, Abu Rudeineh said, will “not succumb to pressure or sanctions or any policy of blackmail.”

The Palestinian Authority Foreign Ministry also hit out at Kushner and US Middle East envoy Jason Greenblatt, saying they were “wasting their time in writing short ‘idiotic statements’ on social media that illustrate their total ignorance” of Palestinians and the conflict.

The ministry said what the US administration needs now is to intervene and stop Israel from demolishing the Bedouin shantytown of Khan al-Ahmar in the occupied West Bank.

“We believe that neither Kushner nor Greenblatt would have the guts to take such a step because that would contravene with their hostile positions towards the rights of our people,” the ministry said.