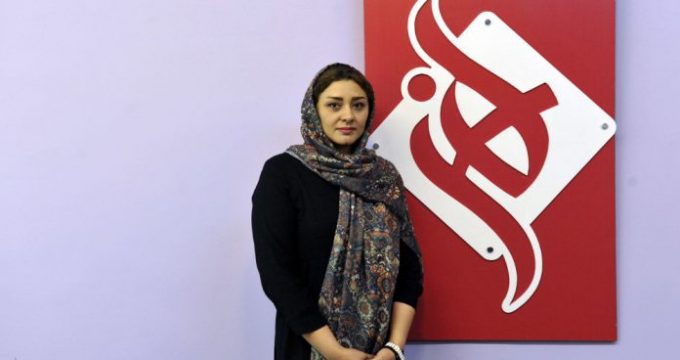 IFP – Iranian graphic artist Carmel Maleki, who was expected to represent Iran in an international event to reconstruct the quake-hit city of L’Aquila in Italy, has been denied a visa to visit the European country.

Maleki is among the graphic artists who were picked up from across the world to take part in the international “Rebirth” project to reconstruct the Italian city of L’Aquila, which had been destroyed in a 2009 earthquake.

She was set to represent the Islamic Republic in the project but has missed the chance so far due to the Italian embassy’s decision to deny her a visa, a report by Honar Online said.

The Rebirth project is a public effort to reconstruct the city of L’Aquila. The participating artists are set to design a monument for the city to replace the cathedral church of L’Aquila, which was destroyed during the earthquake.

“The project is based on cultural exchanges. Eight artists from five countries – China, Finland, Italy, France and Iran – have been picked up to implement the project under the supervision of one of the most famous architects in the world,” Maleki said.

Elaborating on her design selected for the project, she said it is a combination of Iranian traditional painting and mythology.

“L’Aquila means eagle in Italian. That’s why I’ve used a portrait of an eagle in my design. The portrait of the eagle used to be among the main themes of our national flag in the past. Lotus is another symbol which I’ve used in my design. The flower is widely viewed as the symbol of growth and perfection. It is in line with the main message of the Rebirth project,” she said.

She cited Iran’s presence in the project as a significant development and said “I’ve used ancient Iranian symbols to show that all of the symbols used in today’s world are deeply rooted in our ancient culture.”

Referring to the obstacles to the implementation of her design, Maleki said it takes nearly 15 days to implement it. “Most of the graphic artists have warmly welcomed my design. China’s representative in the project told me that my design addresses the souls of people.”

Maleki says she has used cyan colour as the symbol of Iran. “I’ve tried to use ancient Iranian elements because it was highly significant for me to highlight Iran’s status in the project.”

The Iranian artist then referred to the problems created for her to visit Italy to take part in the project and said the Italian embassy in Tehran has refused to issue her visa so far even though she had the official invitation at hand.

“That’s why I have failed to take part in the international project so far. The approach of the Italian embassy towards this international event is very strange to me because the project is directly connected with the cultural and historical identity of the country,” she said.

According to Maleki, the mishandling of the issue reveals the Italian embassy’s indifference to diplomacy and the cultural relations among the nations which can promote peace and friendship in the world.

“Unfortunately due to the mismanagement of the Italian embassy, I missed the chance to attend the opening ceremony of the Rebirth project held on August 18. Other artists from around the world have expressed their protest against the embassy’s mishandling of the issue, calling it an insult to the status of artists. So far, 70 artists have signed a letter of protest to the Italian embassy in Tehran,” she noted.

Maleki also said during the early stages of the project implementation, she faced many problems because she was not present there.