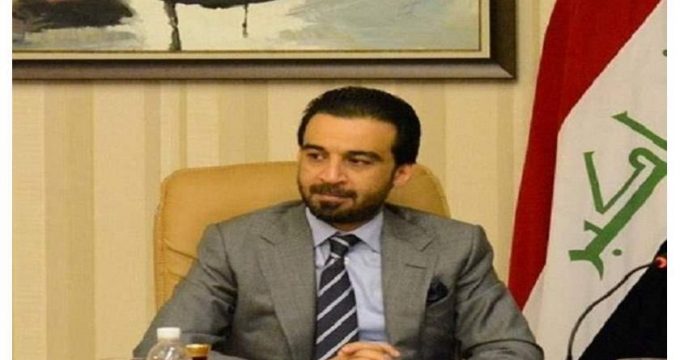 AFP – The Iraqi parliament elected the candidate of a pro-Iran list as speaker on Saturday, paving the way for the formation of a government more than four months after legislative polls. The country has been in political paralysis since the May 12 ballot, but the election of a speaker is expected to solidify new parliamentary alliances.

Iraq has a proportional system aimed at preventing a slide back into dictatorship following the 2003 ouster of Saddam Hussein.The lists elected during legislative polls must first form coalitions.

The bloc with the most members appoints the prime minister and presides over the formation of the next government. The pro-Iran bloc led by Hadi al-Ameri’s Conquest Alliance — a coalition of anti-jihadist veterans close to Tehran — looked positioned to take the lead Saturday after the election of its candidate, Mohammed al-Halbusi.

The new speaker was governor of the Sunni-majority province of Anbar, a key battleground in the war against the Islamic State group, before his election to parliament on a local list in May. Born in 1981, he will be the youngest speaker of parliament in Iraq’s history. His two deputies were expected to be chosen later on Saturday. During the vote, Halbusi pleaded for “real reforms”, particularly after demonstrations last week in the southern oil-rich city of Basra turned deadly as protesters demanded improved public services and railed against corruption.

In Iraq, the speaker of parliament is always Sunni Arab while the prime minister is picked from the country’s Shia majority and the president is a Kurd.

Parliamentary coalitions — which bring together lists of Shiites, Sunnis and Kurds to form the largest group — must agree on the selection of the three positions.

Obeidi was backed by the list of outgoing Prime Minister Haider al-Abadi, who said Thursday he would not seek a second term as his political support crumbled over the violence in Basra.

Basra has been at the epicentre of protests that broke out in July in the southern province before spreading to other parts of the country.

Anger in Basra flared earlier this month over a growing health crisis, after more than 30,000 people were hospitalised by pollution in the city’s water supply.

Protesters flooded the streets for five days, clashing with security forces and torching the provincial headquarters, the Iranian consulate and the offices of armed groups.