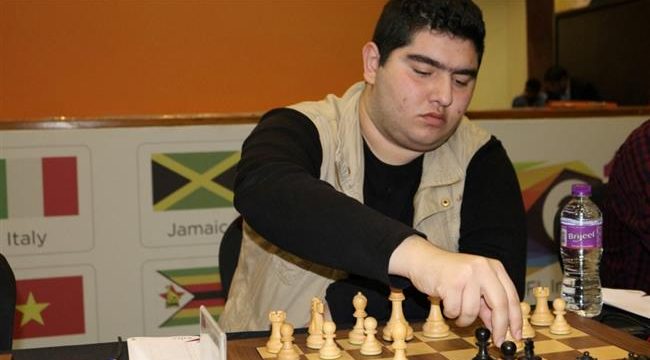 MNA – The Iranian grandmaster Parham Maghsoodloo made history and claimed the title of the FIDE World Junior Chess Championship 2018.

Maghsoodloo won Russia’s Maxim Vavulin in the 10th round of games, securing his trophy while there are still two more rounds remaining. He could even earn the title by a draw in last game. This is the first time that an Iranian achieves this honorable trophy.

The 18-year-old grandmaster has collected 9.5 out of 10 possible points and is ahead of his closest followers by 2 points.

Describing him as the “magician from Persia”, the official website of the event writes, “it’s sure that we’re facing a big talent here and he’s definitely one of the main candidates in the world now to enter the superelite in near future.”

FIDE World Junior Chess Championship 2018 (open & girls under 20) kicked off in Turkey’s Kocaeli and Gebze, on September 4 and wraps up Sunday.