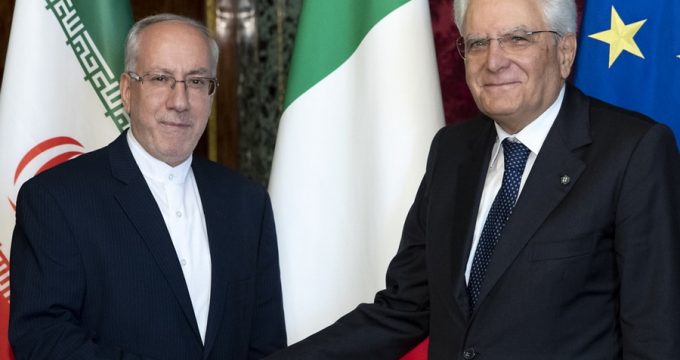 IRNA – Italian president on Tuesday declared support for preserving the nuclear deal reached between Iran and world powers in July 2015.

Sergio Mattarella described the nuclear deal, known also as the Joint Comprehensive Plan of Action (JCPOA), as an important deal for the international community and called for saving the agreement.

He made the remarks in a meeting with new Iranian Ambassador to Italy Hamid Bayat.

During the meeting, the new Iranian envoy submitted his credentials to the Italian president.

‘Italy is committed to develop all-out ties with Iran,’ the Italian president added.

In the meantime, Iran’s ambassador to Italy lauded Rome’s stance on broadening of ties with Iran.

The envoy said that the Iranian officials are committed to elevate ties with Italy and he will do its best to accomplish the job.