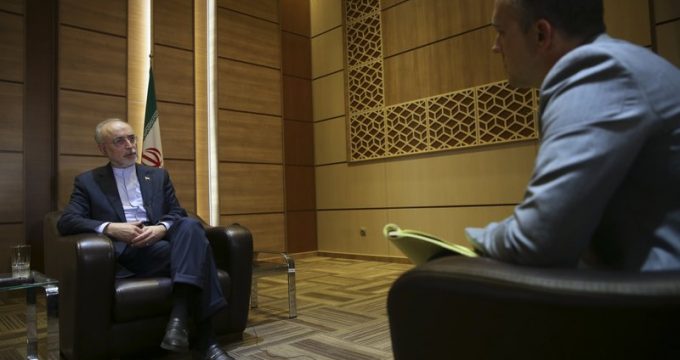 Iran’s nuclear chief told The Associated Press on Tuesday that he hopes the atomic deal between Tehran and world powers survives, but warns the program will be in a stronger position than ever if not.

Iran’s foreign minister is criticizing the United States for its opposition to the International Criminal Court.

Iraqi Foreign Minister Ebrahim al-Jafari said on Monday that attack on Iran’s consulate in Basra by a group of mercenaries was not an attack on Iran but on Iraq as well.

The Managing Director of Iranian Defense Ministry’s Marine Industries Organization Rear Admiral Amir Rastegari recounted that Iran will unveil newly-made marine vessels and equipment by the end of the year.

The fifth Iran-Belarus joint consular meeting was held on Tue. in Tehran during which the two sides discussed ways to facilitate safe and legal travelling for the citizens of the other country.

Iran’s envoy to UN said the sand and dust storm (SDS) phenomenon affecting 151 countries in the world is being dealt with through collective initiatives at the international arena, partly as the result of Tehran’s diplomatic efforts.