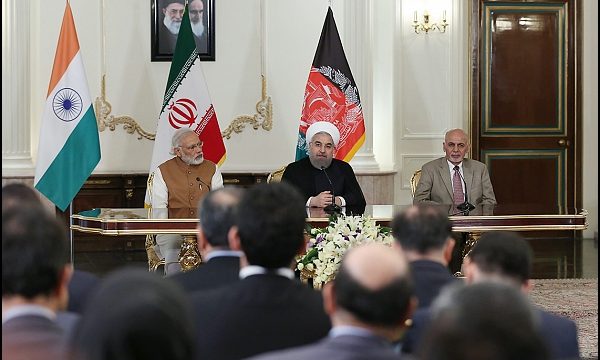 Iran’s cooperation with India in Afghanistan opportunity for everyone

IRNA – A common practice in international relations is to ensure its own interests, but it is also based on the logic of co-existence through the provision of interests by attracting the cooperation of others to realize common interests.

The kind of relations between Iran, India and Afghanistan can be a typical example of this pattern.

Delegations from the two countries will participate and hold talks on Tuesday afternoon in Kabul, with their counterparts on trilateral and bilateral relations, with a focus on accelerating the implementation of the bilateral agreements with an economic synergy approach.

Although the composition of these delegations has not yet been determined based on some of the considerations in Afghanistan, it can be inferred that all three countries are pursuing facilitating the process of pursuing common goals.

In the aftermath of its four decades of unrest, Afghanistan has lost its economic power to its trusted governing, and despite its rich resources in operation and management, it faces structural and capital weaknesses.

On the other hand, India, with proper economic growth, needs access to Central Asian, West Asian and European markets, in this way the option of Iran and Afghanistan as a bridge is at its disposal.

Iran has a clear interest in linking India’s access routes to Afghanistan and Europe, and Afghanistan and Western Asia, and it can be said that the interests of all three countries, India, Afghanistan, and Iran are tied together in a vast area, and interestingly, this shared interests of has special consideration that it is not against the interest of any of its neighbors or even traditional rivals in the region, and they are somehow synergic for them.

Obviously, in the process of trilateral and bilateral co-operation between Iran, India and Afghanistan, there are barriers that must be met by the strong political will of governments in all three countries, with confidence and backing.