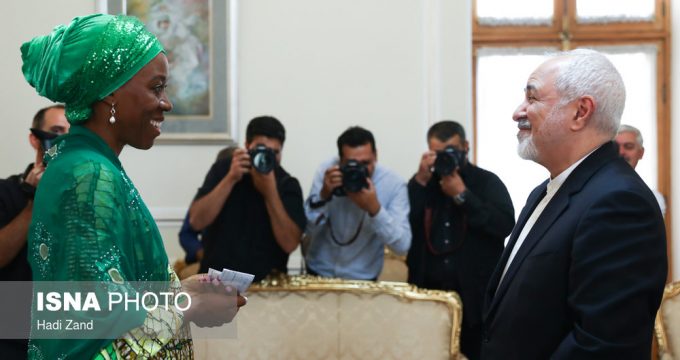 During the meeting, Senegal’s new ambassador to Tehran submitted a copy of his credentials to the Iranian top diplomat.

During the meeting on the sidelines of Women Political Leaders (WPL) Global Forum in Iceland, Ebtekar and Clark discussed the capacities for development of cooperation in the region.

The two sides underlined holding training courses for women empowerment, in particular in the areas that are affected by the climate change.

The Iranian vice president stressed importance of paying attention to status of refugees, particularly women and children, in war-torn regions.

The UNDP head, for her part, underlined using mechanisms to protect peace and promote people’s understanding.