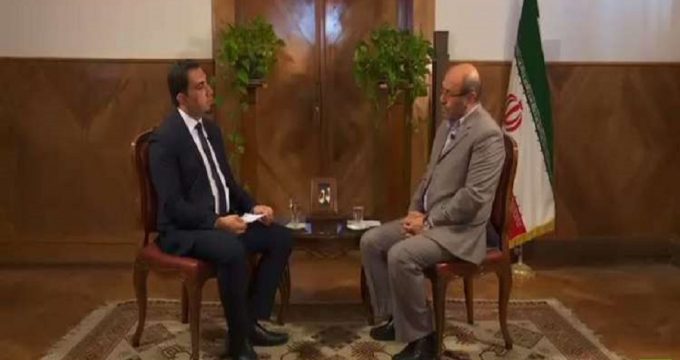 IRNA – Iran will never hold talks on its missile systems under any conditions, Iranian defense advisor said, stressing ‘US assessment of talks was wrong.’

The US thinks in vain that it can hold talks with Iran on national trust, independence, strength and dignity, Hossein Dehqan, Supreme Leader’s advisor in defense industry, told Russia Today (RT) Arabic in an interview.

‘Iran is [well] capable of developing its missiles in the shortest time and based on the level of threats,’ Dehqan said.

‘We don’t think that the American and Israeli officials enter direct war with Iran,’ the defense official said adding ‘…, but they may use different pretexts for starting some military operations against our allies in Iraq and Syria.

‘Any decision has [its own] price,’ Dehqan added.

About Saudi Arabia, the official said it is not an independent country, and it is not geographically, economically and politically capable enough to enter war against Iran.

Touching upon the issue of Yemen, Dehqan said that the Yemeni people are oppressed.

‘We will help them if they ask for.’

Asked about military help to Yemen, Dehqan said Iran is able to give the Yemenis whatever they want; however, Iran has not and will not have military presence there.

Talking of recent Basra riot in eastern Iraq, Dehqan said that they [the enemies] aim to show that the Shia people in Basra have staged uprising against Iran.

On Friday (September 8), a number of protesters attacked and torched Consulate General of the Islamic Republic of Iran.

‘Let me be clear, …, Saudi Arabia wants to say that the Iraqi people are against Iran.’

Iraqi Alahad TV channel broadcasted several audio files, revealing the involvement of Saudi intelligence agency in the recent unrest in the Iraqi city of Basra and its relations with some mercenaries in the city’s security organization. Iran’s Parliament is going to hold a session to inspect the Basra incident, spokesman for Majlis National Security and Foreign Policy Commission Ali Najafi-Khoshroudi said on September 9.

Dehqan went on to say that US, Israel and Saudi Arabia are seeking a big plot against the region.

They think in vein that they can compel Iran to enter negotiations, and this is why Washington has resumed economic sanctions against Tehran, the defense advisor said.

‘They know we have strong relations with Iraq, so they make efforts to create tension between the two nations.’

Commenting on political developments in Iraq, Dehqan said that Washington and Riyadh do not have right to interfere in the Iraqi affairs.

The Iraqi people are the only ones who have the right to decide for their country’s events, Dehqan said.

Turning to the regional questions, the defense advisor rejected presence of any Iran-owned military base in Iraq and any weapon factory in Syria.

Commenting on the US presence in Syria, the official said that the American forces have to leave Syria because they are not invited there.

If Damascus asks for Tehran’s help, Iran is ready to offer its military support to Syria, he added.

He concluded his remarks by talking of Idlib in northwestern Syria, saying terrorists should not be left alone and have to be annihilated.