A Look at Iranian Newspaper Front Pages on September 10

Iran Front Page – IFP has taken a look at the front pages of Iranian newspapers on Monday, September 10, 2018, and picked headlines from 12 of them. IFP has simply translated the headlines and does not vouch for their accuracy.

The Sunday remarks by the Leader of the Islamic Revolution Ayatollah Seyyed Ali Khamenei about Iran’s success in foiling the US’ plots in Syria, Lebanon, and Iraq were widely covered by Iranian papers today.

Also a top story was the fate of Iran’s adoption of the standards set by the Financial Action Task Force (FATF), and the four bills proposed by the government to prevent the country from being blacklisted by the international body.

1- Rejecting EP’s Invitation Would Be Impolite, We Had to Go: Female MP 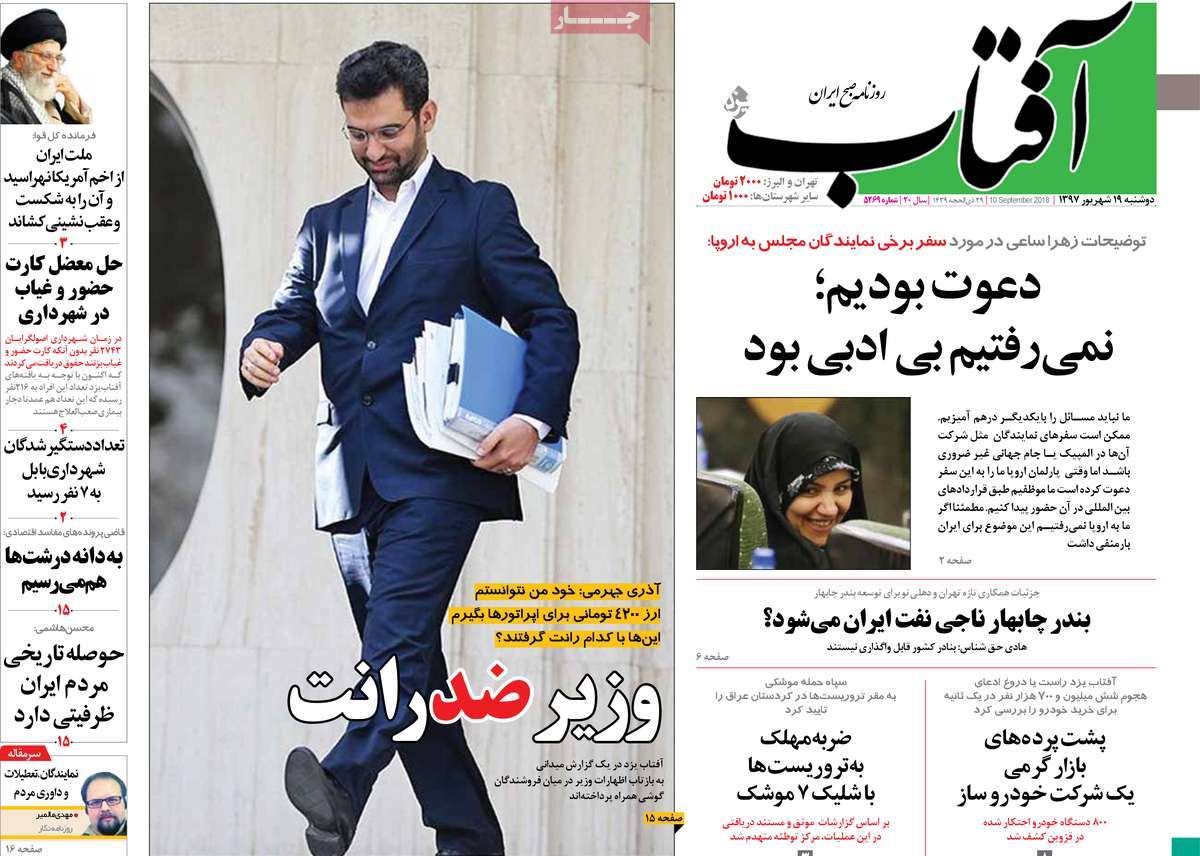 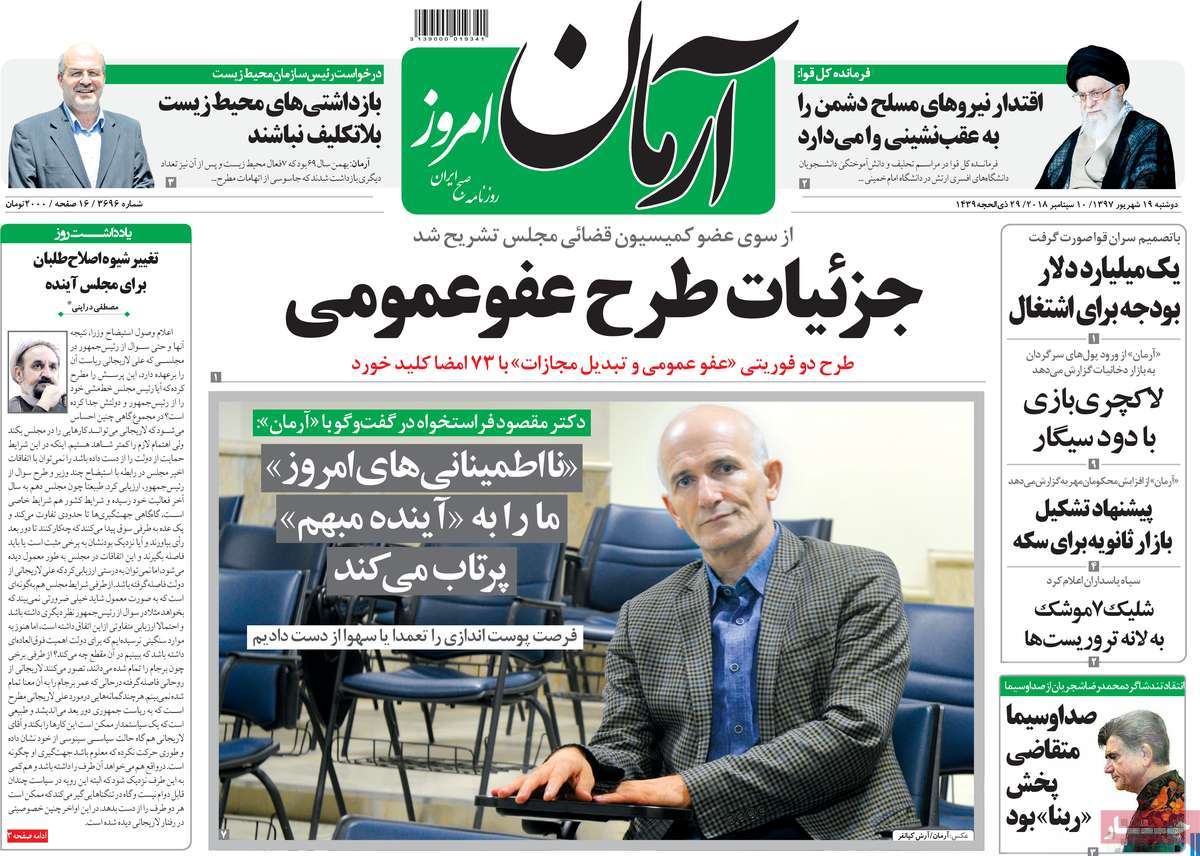 1- Your Might Will Force Enemies into Retreating: Iran Leader to Navy Cadets

3- Consensus on Getting Out of FATF [Editorial] 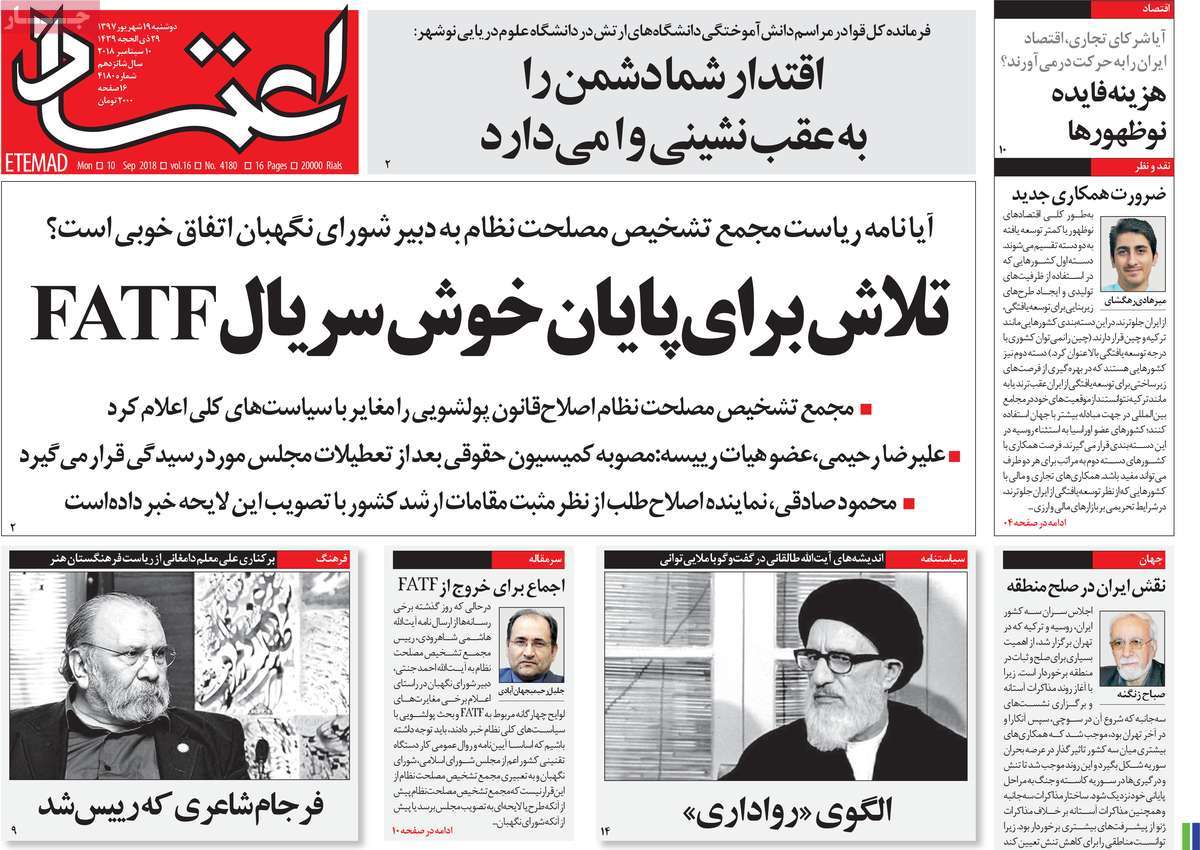 1- If a Nation Is Not Afraid, It Can Defeat Superpowers: Iran Leader 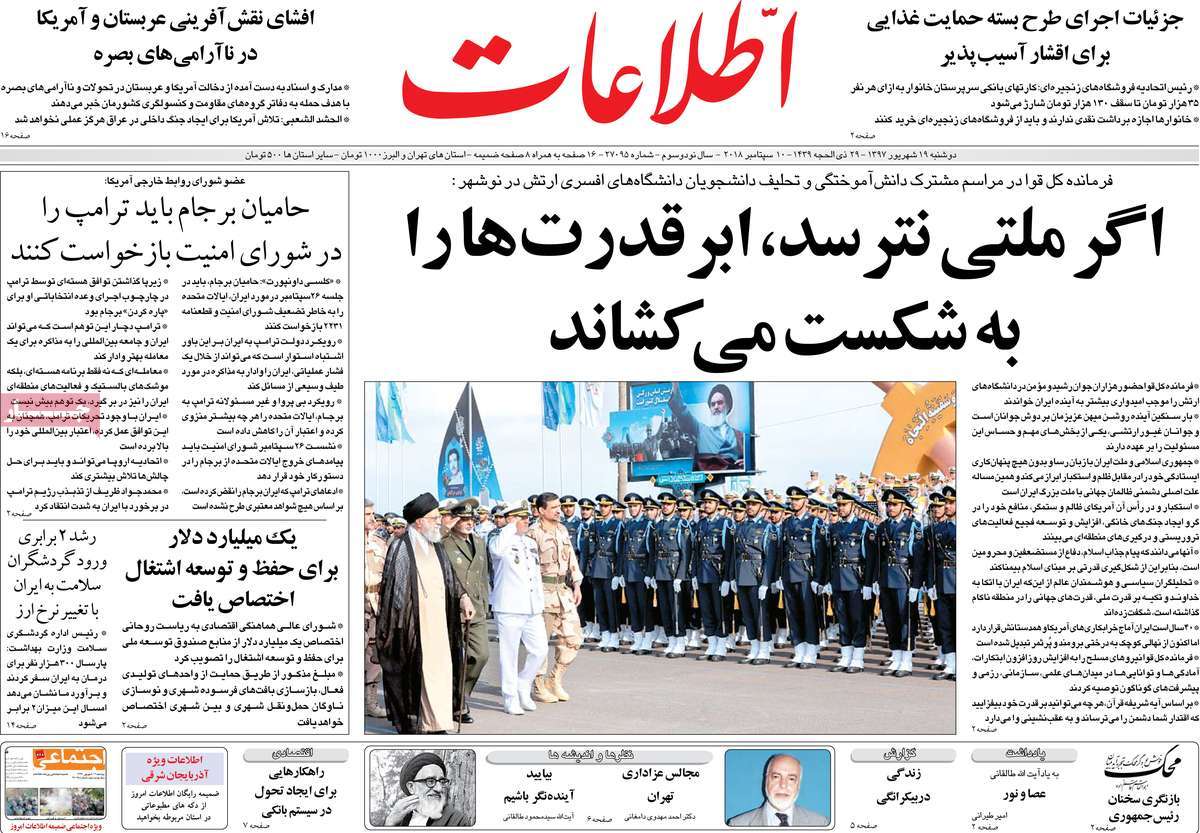 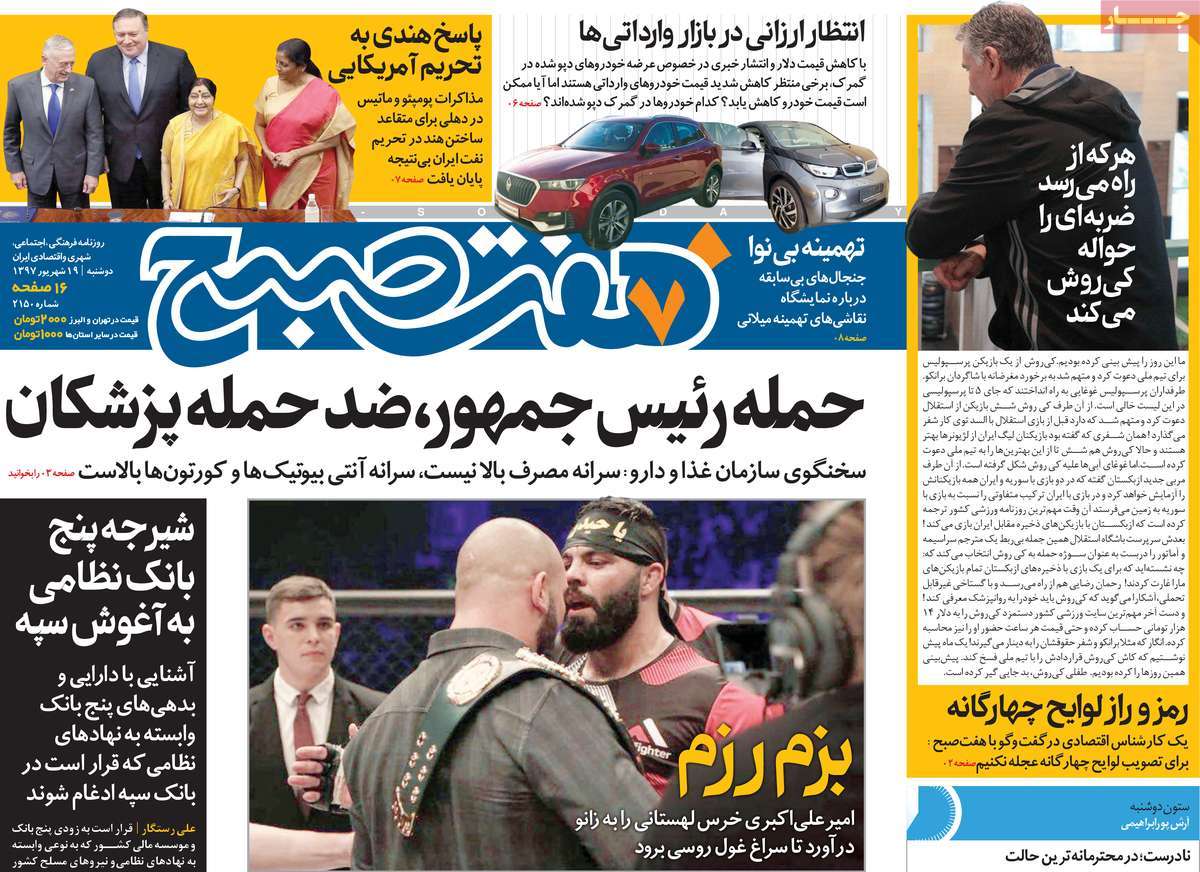 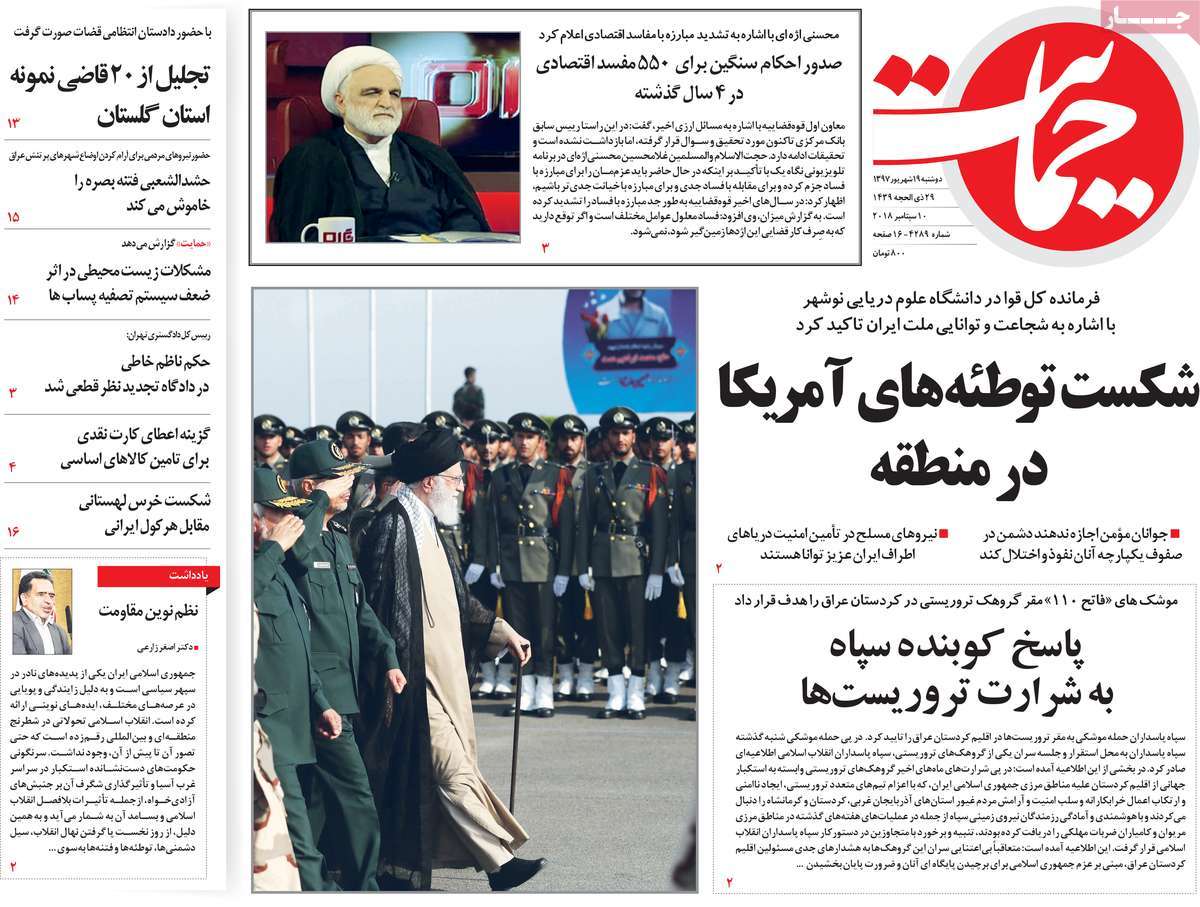 2- Iranian Nation Not Intimidated by US’ Frown: Leader 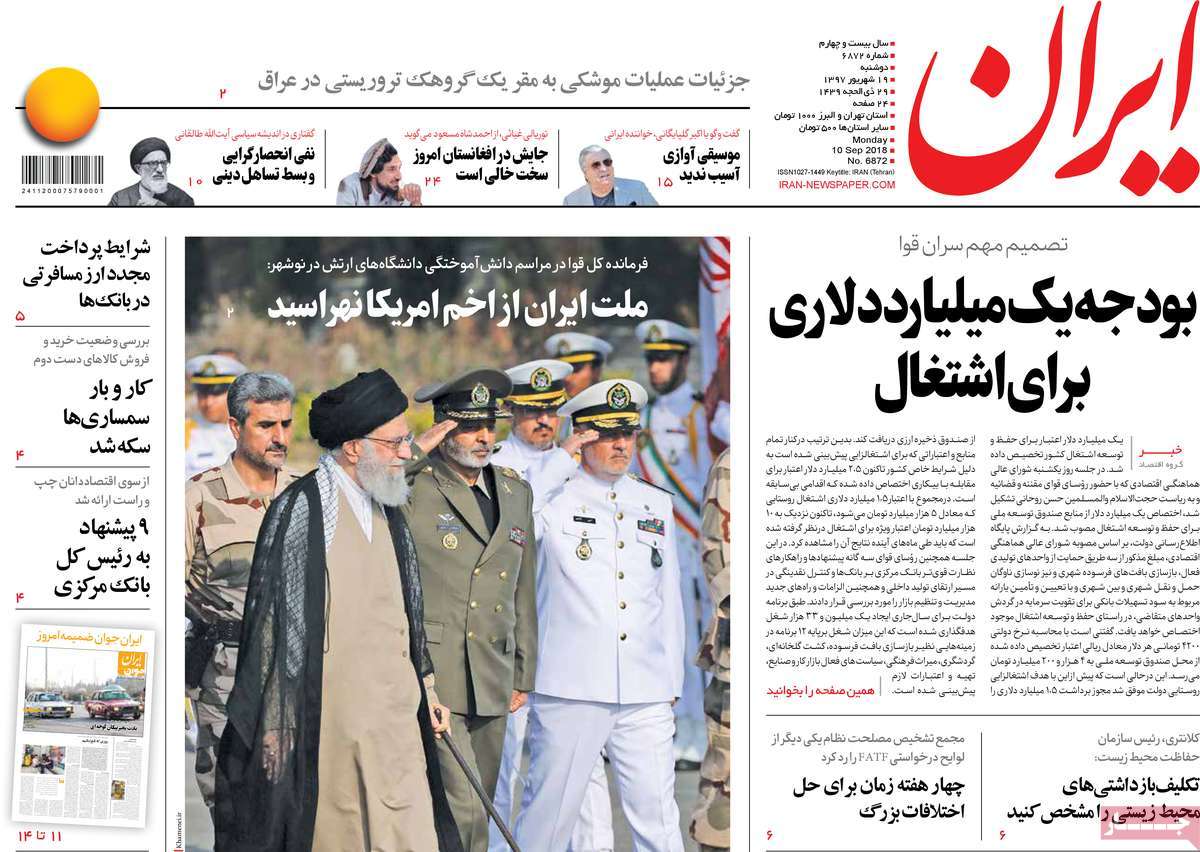 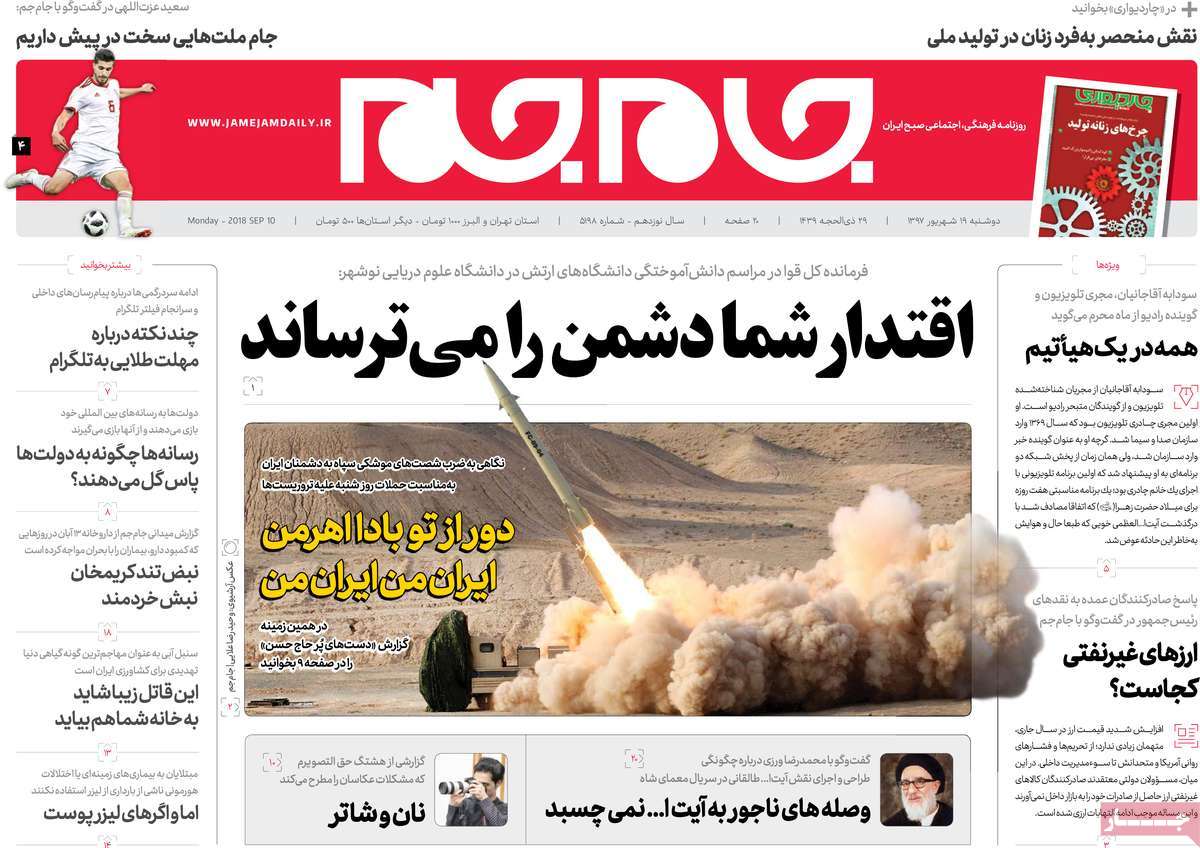 1- World’s Intellectuals Surprised We Defeated US in Region: Iran Leader 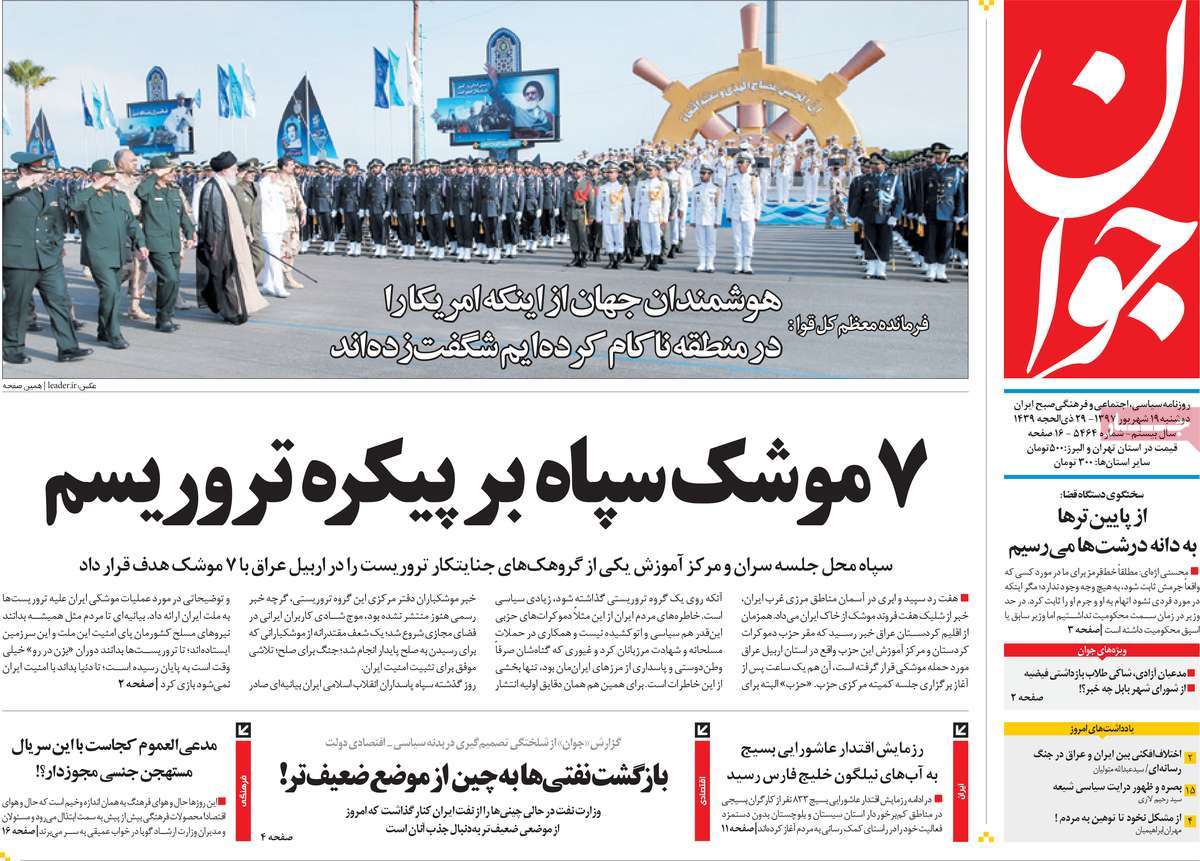 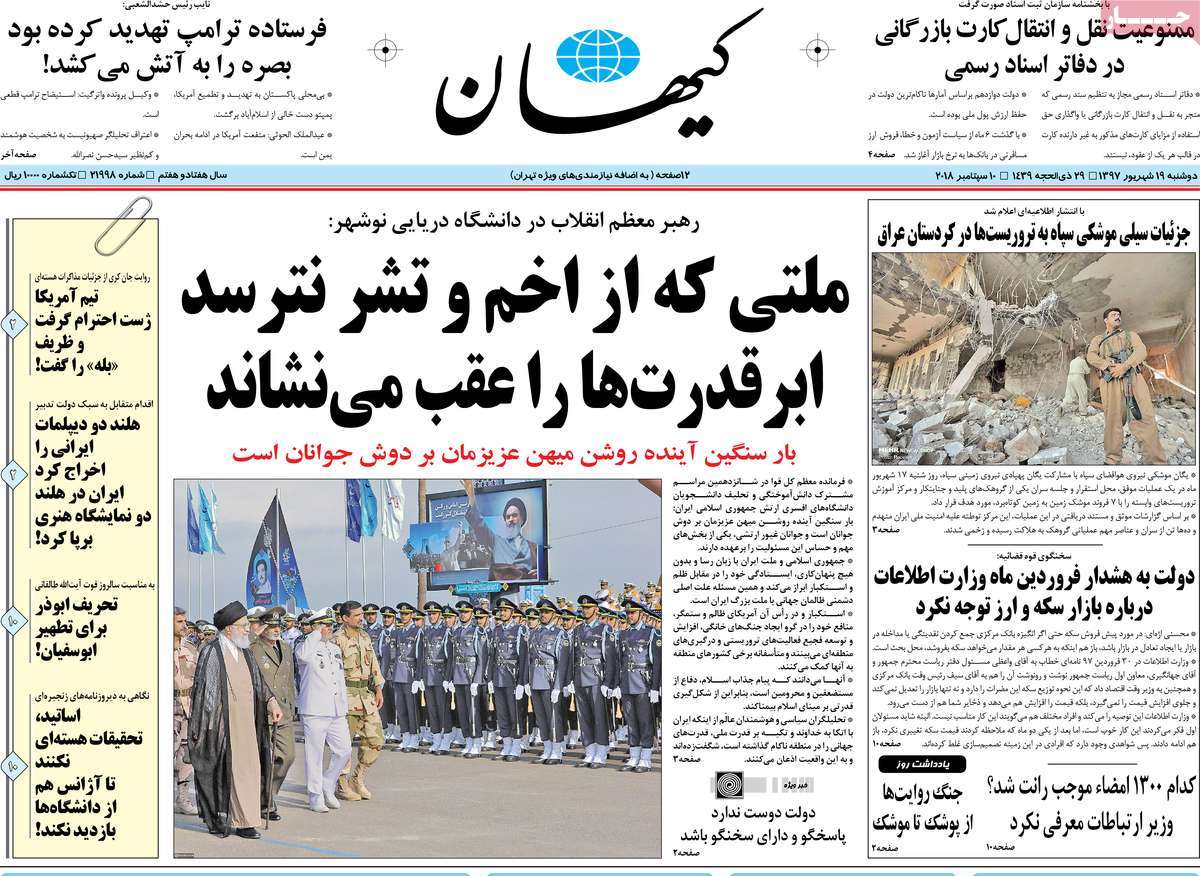 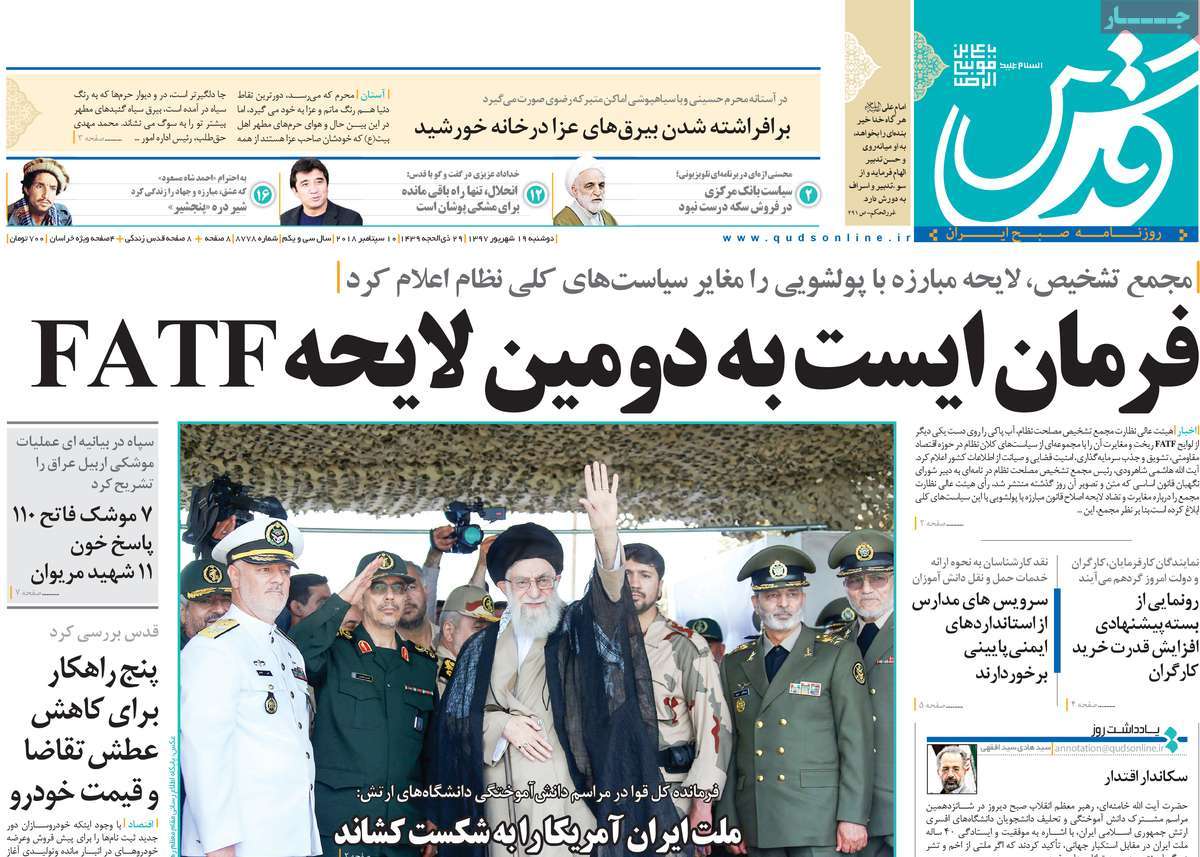 1- Iran Leader: Nation Was Not Intimidated by US’ Frown, Brought It to Failure 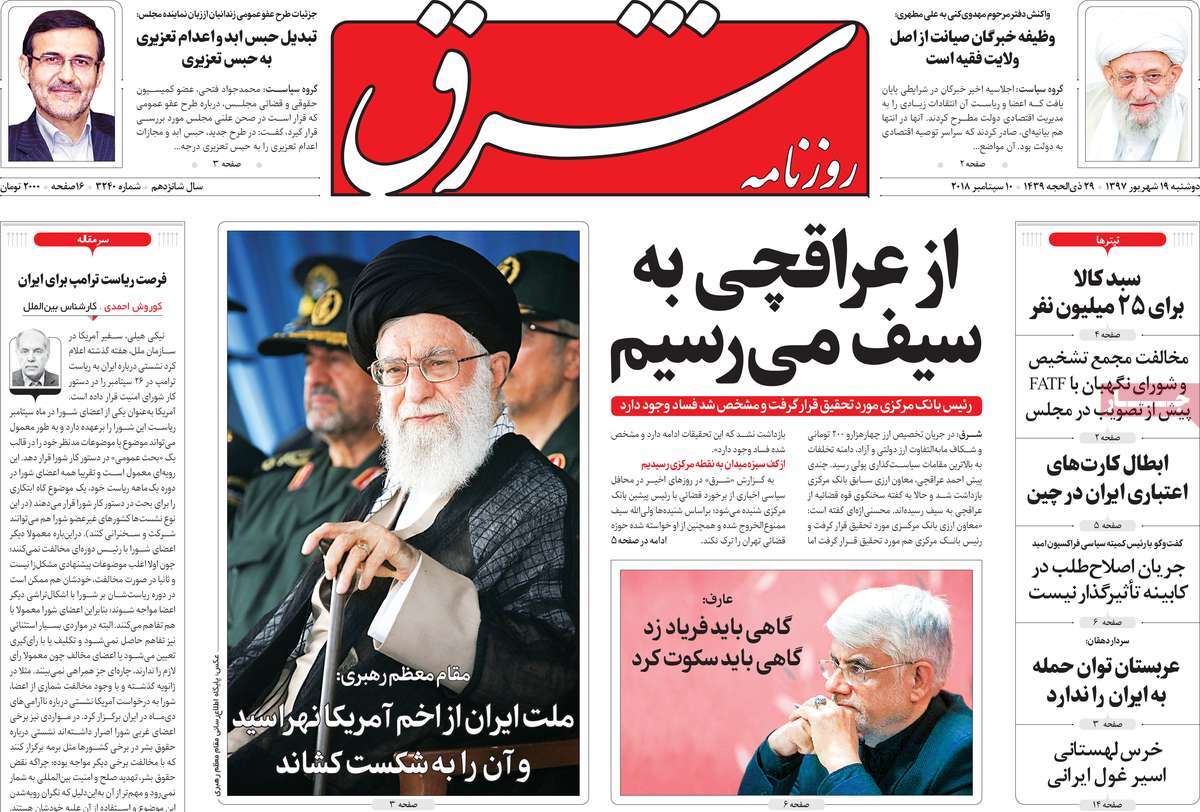