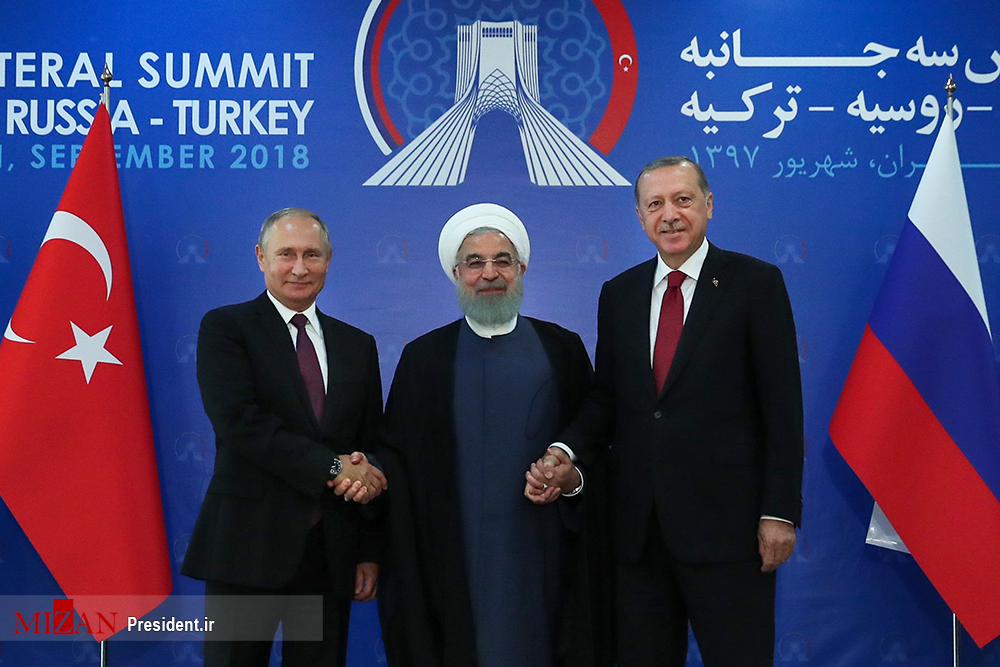 Deputy chief of staff of the Armed Forces of the Islamic Republic of Iran Brigadier General Qadir Nezamipour conferred on Sunday with Iraqi Defense Minister Irfan Mahmoud Al-Hayali on expansion of defense cooperation between the two neighbors.

The fifth round of the Assembly of Experts started its fifth meeting on Tuesday to review major domestic and international issues including the current economic problems of the country.

A senior British diplomat says he held “useful conversations” with Iranian officials in Tehran on the 2015 nuclear deal and the fate of British-Iranian dual citizen Nazanin Zaghari, who is imprisoned in Iran.

Ambassador and Permanent Representative of the Islamic Republic of Iran to the United Nations Gholamali Khoshroo said a bas-relief of Achaemenid era, stolen from Iran at a point around 90 years ago, was finally found in New York and after the court ordered the piece to be returned to Iran, it was sent back to its homeland on Tuesday.

Iraq says the policy of imposing sanctions on Iran and other countries has proven futile as resistance will always prevail.

Members of the Assembly of Experts met and held talks with Leader of Islamic Revolution Ayatollah Khamenei on Thursday.

Iranian Foreign Minister Mohammad Javad Zarif has blasted US President Donald Trump for attempting to hijack an upcoming United Nations Security Council meeting during the annual gathering of world leaders to turn it to an anti-Iran event.

Iran’s Defense Minister Brigadier General Amir Hatami arrived in the Chinese capital Beijing on Thursday at the head of a high-ranking delegation on the invitation of his Chinese counterpart.

The Russian Duma and Iran’s Majlis (Parliament) held their joint cooperation commission meeting in the southwest Russian city of Volgograd on Thursday.

Russian President Vladimir Putin and his Turkish counterpart Recep Tayyip Erdogan have arrived in Tehran for a key summit to discuss key issues of interest, mainly a planned Syrian operation to retake Idlib.

Tehran’s trilateral summit on Syria kicked off on Friday evening with the presence of Iranian, Russian and Turkish presidents.

Ayatollah Khamenei: Iran, Russia can cooperate to contain US threat to humanity

Leader of the Islamic Revolution Ayatollah Seyed Ali Khamenei received the visiting Russian President Vladimir Putin and his entourage in Tehran on Friday and underlined the necessity for closer Tehran-Moscow cooperation in regional and international issues.

The Leader of Islamic Revolution Ayatollah Khamenei attended on Sunday the graduation ceremony of the Islamic Republic of Iran Army cadets at Imam Khomeini Naval Academy in Noshahr.

Hezbollah says the US, whose pro-terror policies have faced defeat in Syria, is in no position to call for the withdrawal of Iranian advisors and allied Lebanese resistance fighters, who have emerged as “victors” of the war against terrorists in the Arab state.

Senior officials from Russia, Turkey and Iran to gather in Geneva in new peace efforts for Syria

In a new UN-led effort to move forward the political process to end the Syrian conflict, senior officials from Russia, Turkey and Iran will gather in Geneva next week for constitution-related discussions.

US, Israel failed to advance plots for Mideast: Hezbollah leader

The secretary general of the Lebanese Hezbollah resistance movement says the US and Israel have failed in all the plots they hatched to advance their own agenda for the Middle East region.

Putin: Most important now is to kick terrorists out of Syria’s Idlib

Iran is to move its main oil export terminal from the Persian Gulf to the Oman Sea, President Hassan Rouhani announced on Tuesday, sparing its tankers from using the strategic Strait of Hormuz.

German media outlets say Iran has retracted its request to have 300 million euros in cash at a Hamburg-based bank repatriated.

Governor of the Central Bank of Iran says Tehran, Moscow and Ankara have agreed on a number of economic measures like removing the US dollar from their mutual transactions as part of efforts to expand their trade relations amid Washington’s pressure.

Iranian Minister of Petroleum Bijan Zanganeh said Total was not expected to pay a fine to Iran, but the amount that the company had already spent in South Pars Phase 11 project would not be repaid until the project becomes operational.

The deputy police chief of Dubai, United Arab Emirates, has published picture of a 300-year old map which includes the name ‘Persian Gulf’ proving again Iran’s historical sovereignty over it.

Asghar Farhadi invited to TIFF as a guest

The two-time Academy Award winner Asghar Farhadi and the cast of his Cannes opener film, ‘Everybody Knows’, were invited to the 43rd Toronto Int’l Film Festival as guests.

As the 31st edition of Iran’s International Film Festival for Children and Youth wrapped up on Sep. 5 in Isfahan, winners were awarded in various categories during a ceremony held last night in the historical city.

The Literacy Movement Organization of Iran is awarded the 2018 UNESCO Confucius Prize for Literacy for its program ‘Consolidated teaching of literacy and ICDL basic computer skills’.