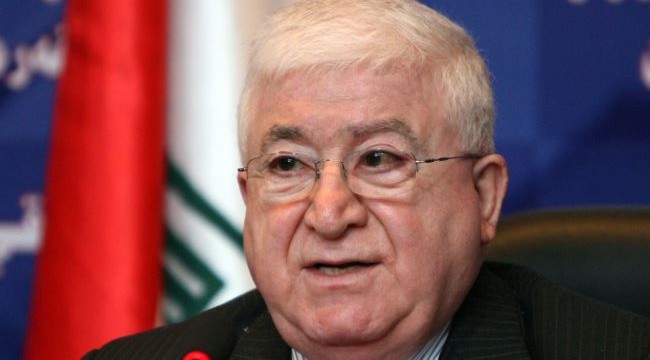 IRNA – Iraqi President Fouad Masoum condemned attack on Iran’s Consulate in Basra and called for immediate investigation into the incident and bringing perpetrators to justice.

In a statement on Saturday, he referred to protests of people of Basra against administrative corruption and poor life conditions, saying that some are abusing the protests.

A number of hardline elements diverted the protests toward attacking foreign missions including that of Iran which was torched by the protestors, he said.

“We favor maintaining and strengthening our brotherly ties with the Islamic Republic of Iran both at the governmental and popular levels,” he stressed.

Angry protesters stormed the Iranian consulate in the southern Iraqi city of Basra, setting a fire inside as part of ongoing demonstrations against lack of services and jobs that have turned deadly in recent days.

Demonstrators on Friday attacked the building, which is located in the southern part of Basra, prompting security forces to open fire to quell the protests.

Iran’s Foreign Ministry spokesman Bahram Qasemi denounced the brutal attack on Iran’s consulate general in Basra and called for punishment of the perpetrators of the incident.

Recalling the great responsibility of the Iraq government for protecting diplomatic sites, he warned about hidden elements seeking to mar the two nations’ relations.