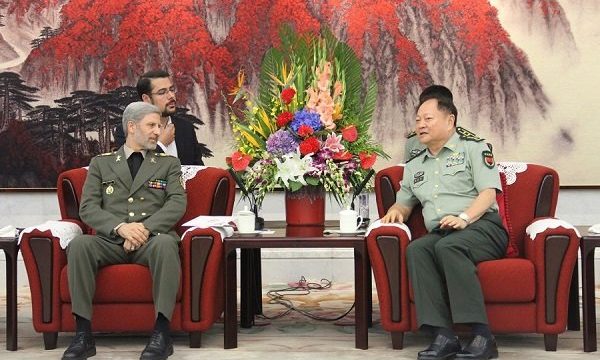 US creates chaos in international system

MNA –The United States has created chaos in the international system and uses any means, including terrorist groups, to achieve its goals, said Brigadier General Amir Hatami on Saturday.

Iran’s Defense Minister made the remarks in a Saturday meeting with General Zhang Youxia, Vice-Chairmen of China’s Central Military Commission, in Beijing.

Violating international rules, waging trade wars and neglecting international agreements, including Joint Comprehensive Plan of Action (JCPOA), are among measures adopted by the United States that have undermined the global security and order, he said, adding that the US does not care about the interests of other actors and countries.

Western Asia has turned into one of the main hubs of crisis in the world, he said, adding that terrorism, extremism, and separatism which are supported by trans-regional states, have aggravated the situation.

Terrorist groups had managed to seize some 90 percent of Syria’s soil but Syrian nation, government and armed forces along with the help of Iran, Russia and Hezbollah managed to crack down on the terrorists in coordination with one another, he continued.

Describing China’s support for Syrian government in the international realm as “very influential”, Hatatmi said that terrorists in Syria are almost at the final stage of defeat.

The two sides further conferred on the latest regional and international issues, defense cooperation and ways to enhance bilateral ties.

The Iranian minister arrived in Beijing on Thursday night upon the official invitation of his Chinese counterpart. His visit is reportedly aimed at increasing the level of Iran-China defense and economic cooperation.