Iran Front Page – IFP has taken a look at the front pages of Iranian newspapers on Saturday, September 8, 2018, and picked headlines from 11 of them. IFP has simply translated the headlines and does not vouch for their accuracy.

All papers today covered the trilateral meeting between the presidents of Iran, Russia, and Turkey in Tehran, which was held to discuss the latest developments in Syria, especially the upcoming operation to retake the militant-held Idlib province.

Many of the headlines today were dedicated to the results of the Tehran Summit as well as the meetings of Turkish President Recep Tayyip Erdogan and Russian President Vladimir Putin with Ayatollah Seyyed Ali Khamenei, the Leader of Iran’s Islamic Revolution, and Iranian President Hassan Rouhani.

The following are some of the headlines and stories that appeared on the front pages of Saturday newspapers in Iran:

2- Triangle of Syria Peace in Tehran 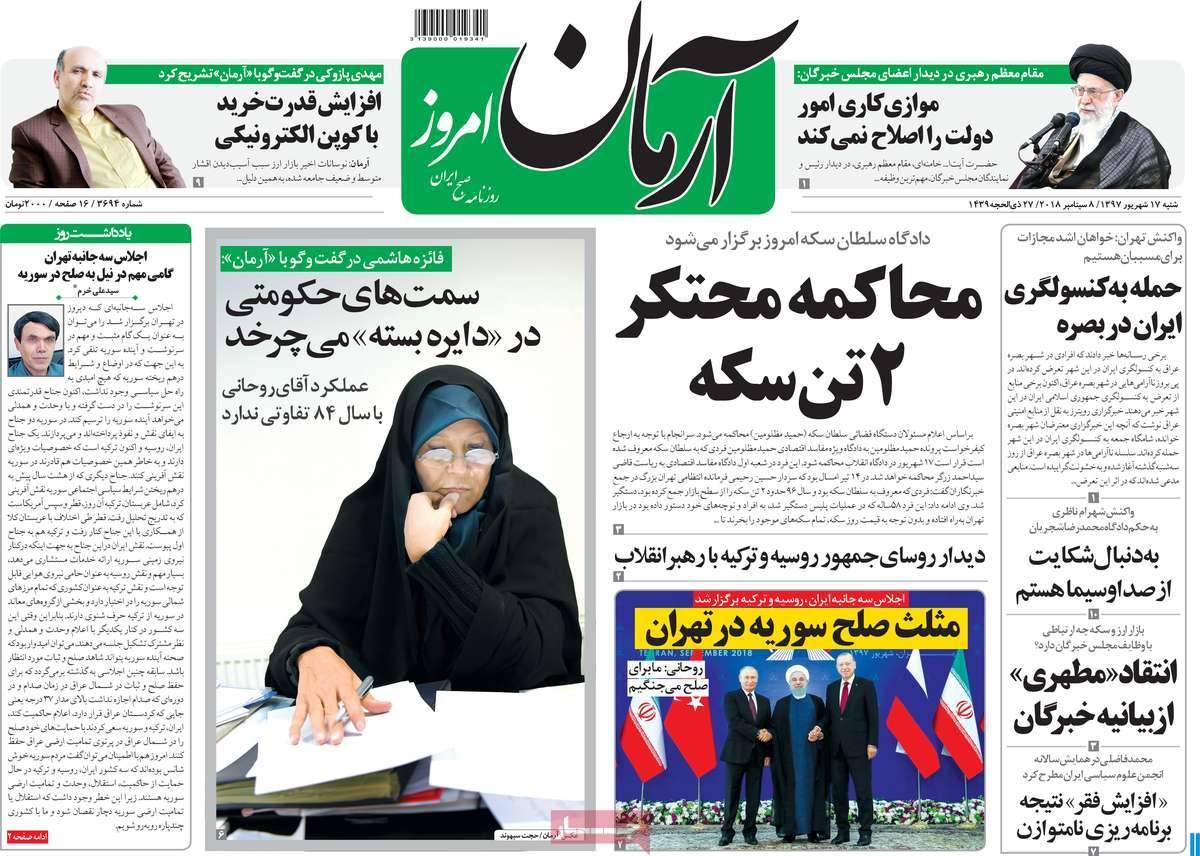 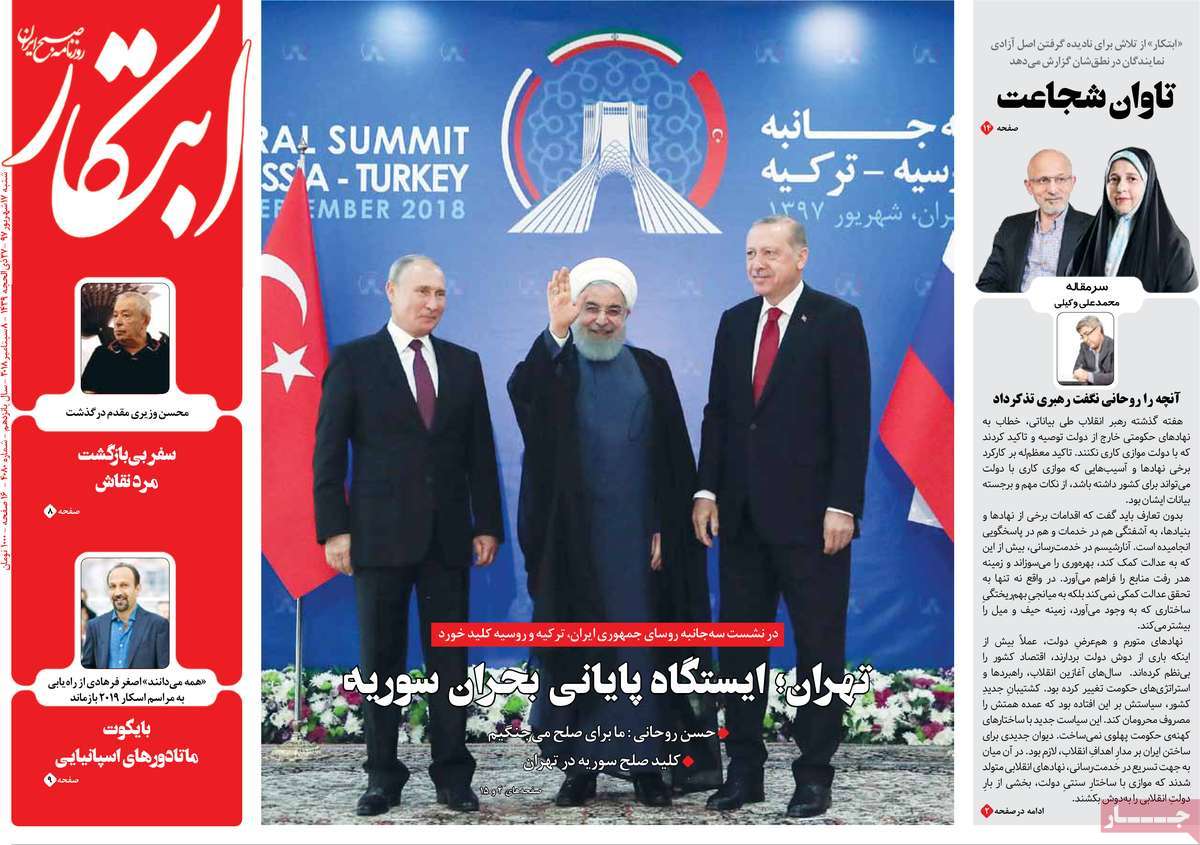 1- We Fight for Peace: Iran-Russia-Turkey Summit Held in Tehran 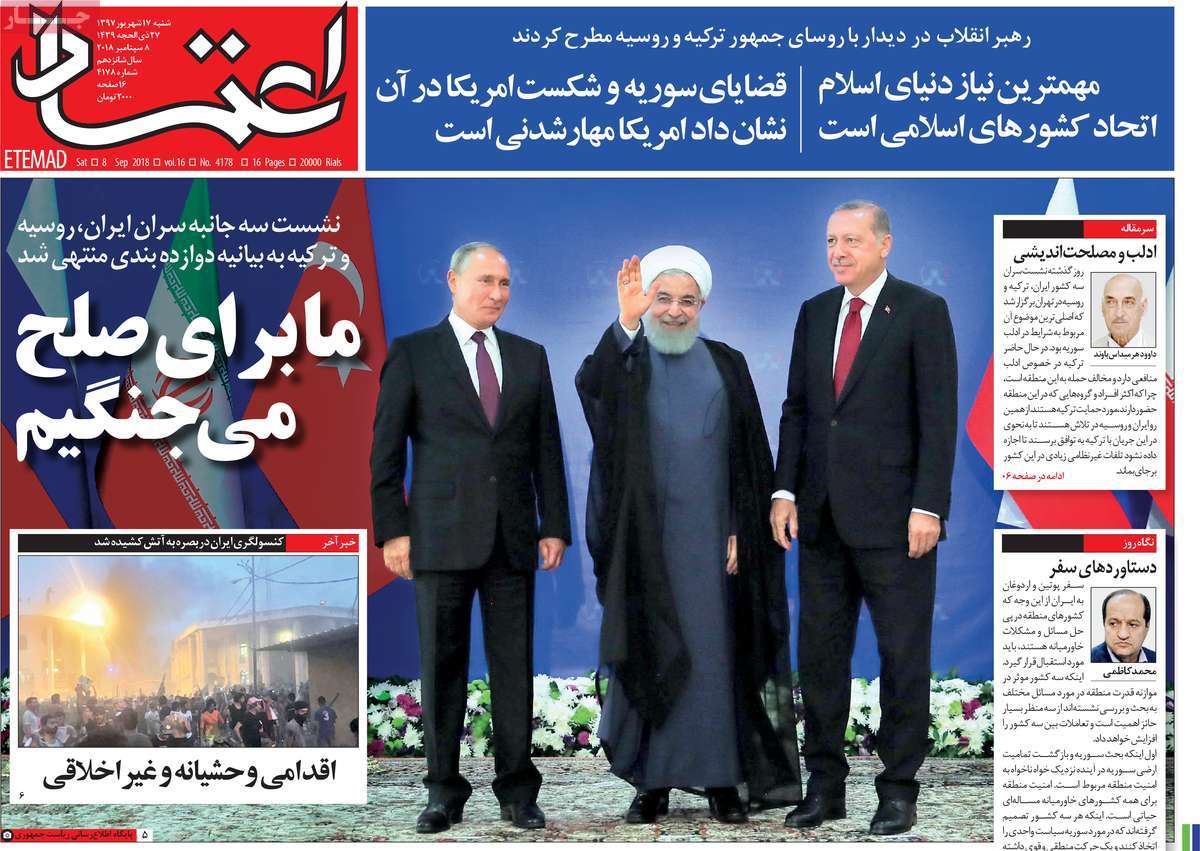 1- Iran Leader: Solution to Problems Is Not Leaving Government Alone

2- Nasrallah: US, Israel Plot to Commit Genocide against Shiites Foiled 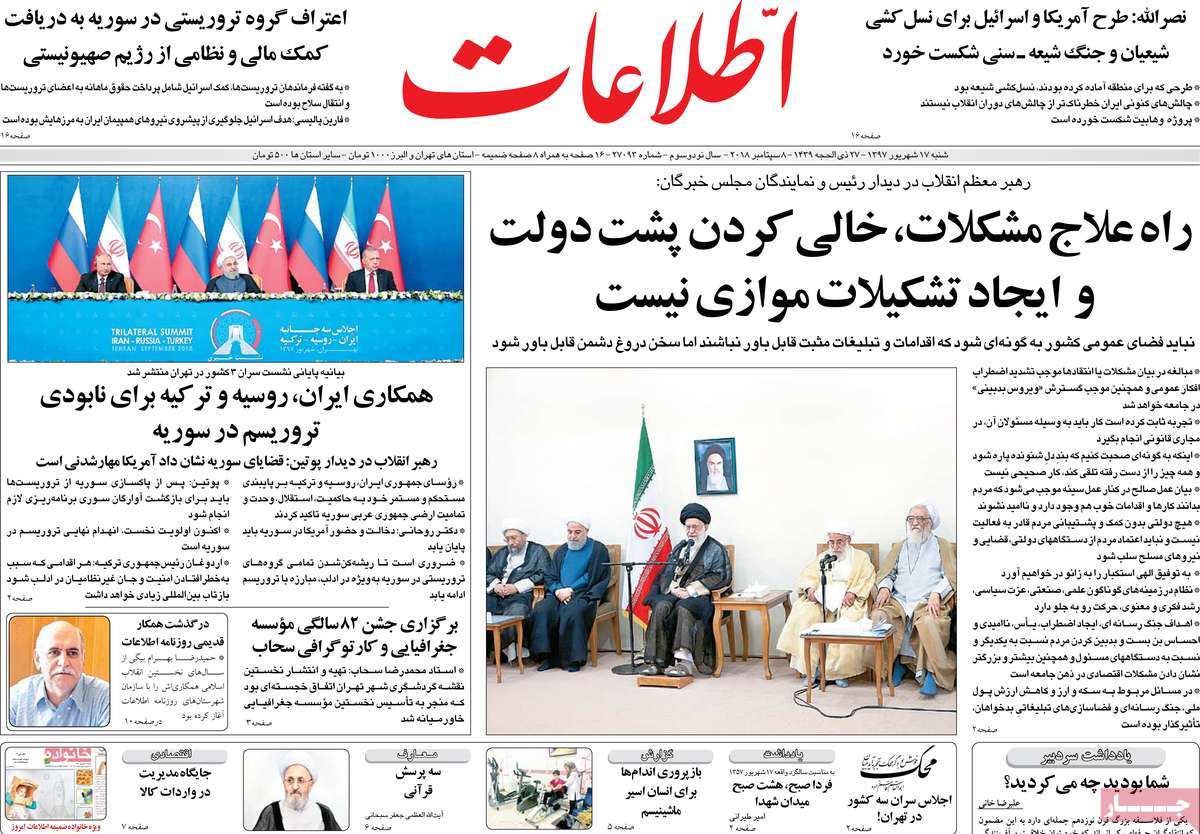 2- Tax on Producers to Be Decreased by 5% 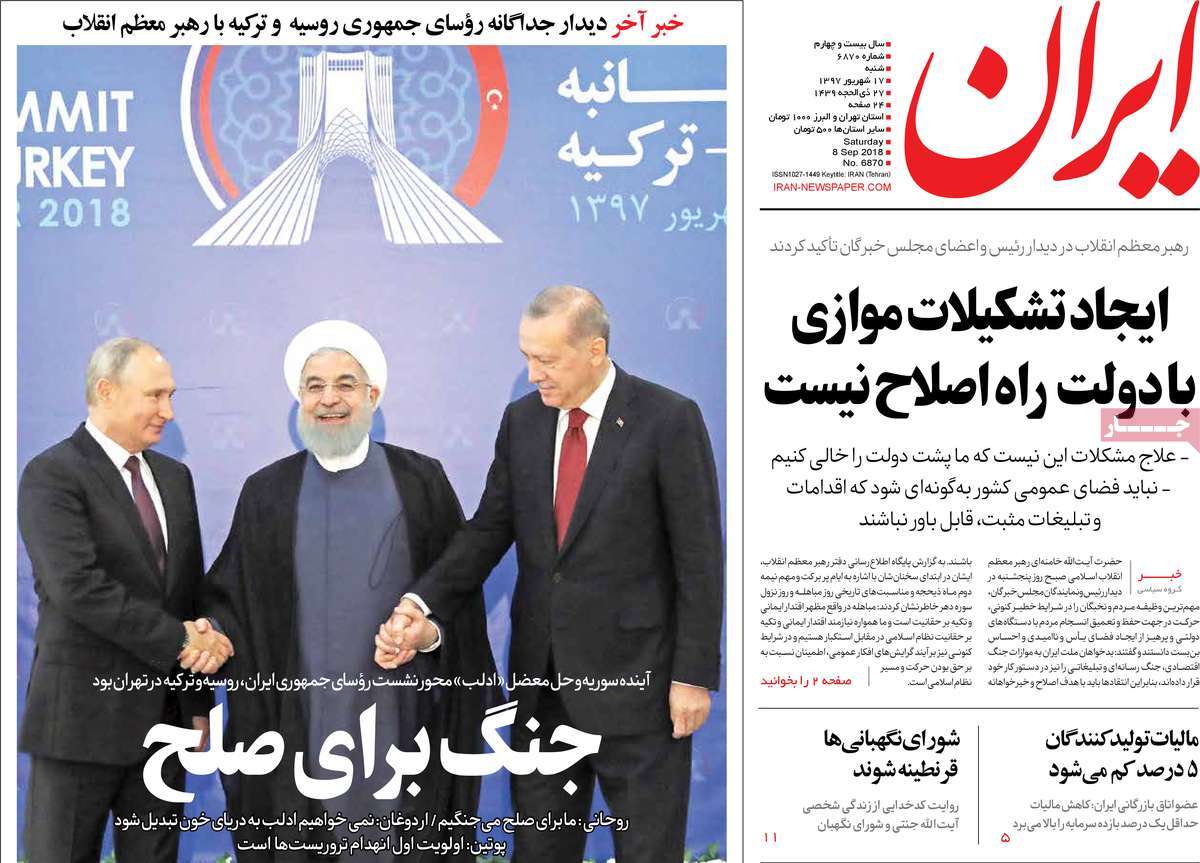 2- Iran Leader to Putin: What Happened in Syria Showed US Not Invincible 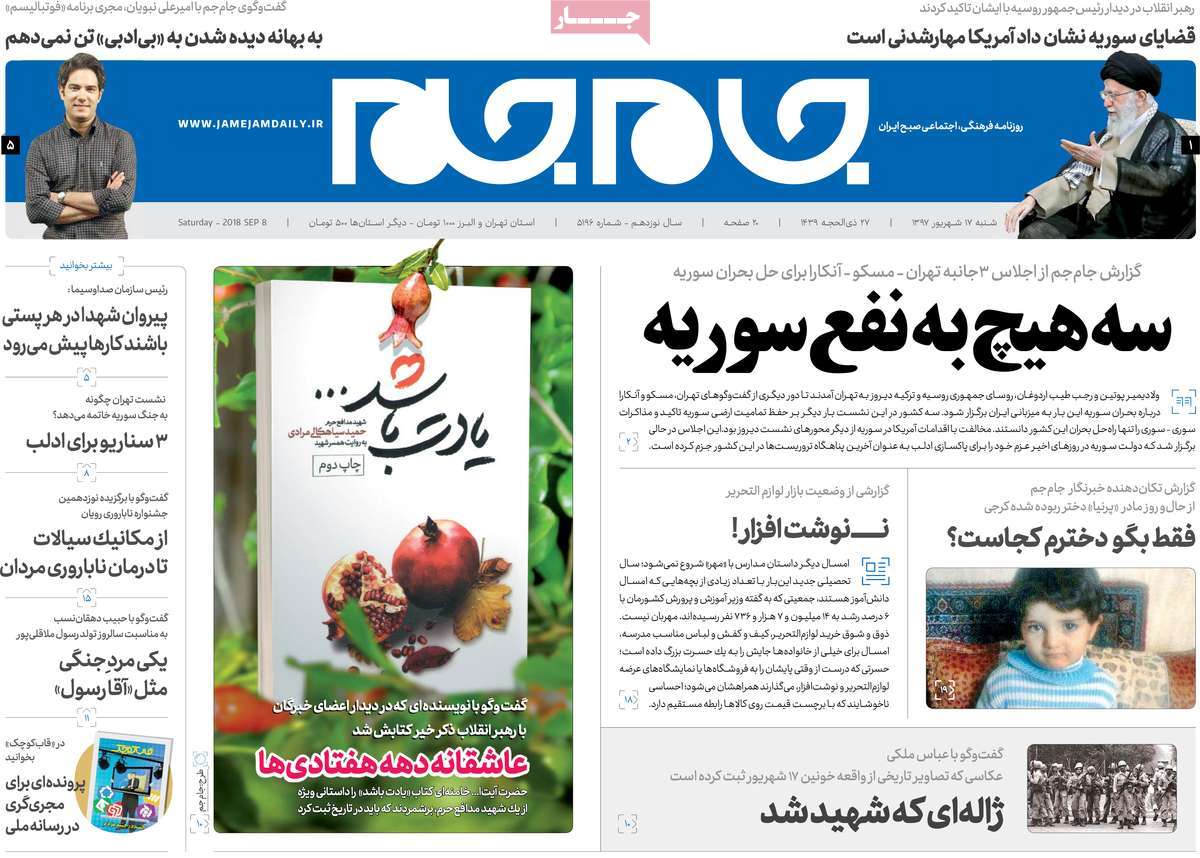 1- Sun of Peace in Levant Rises from the East

3- Iran Leader to Putin: US Can Be Contained

4- Ayatollah Khamenei to Erdogan: US Concerned over Rise of Muslim Power 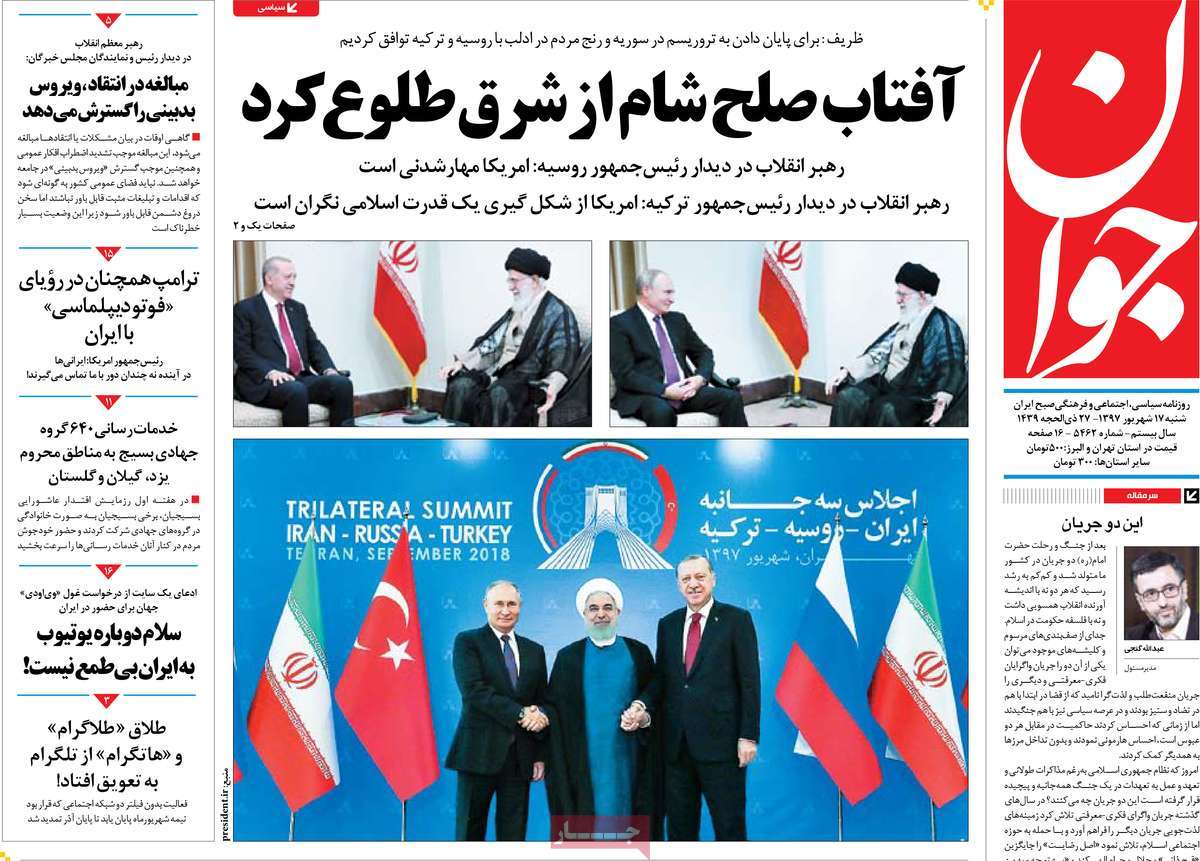 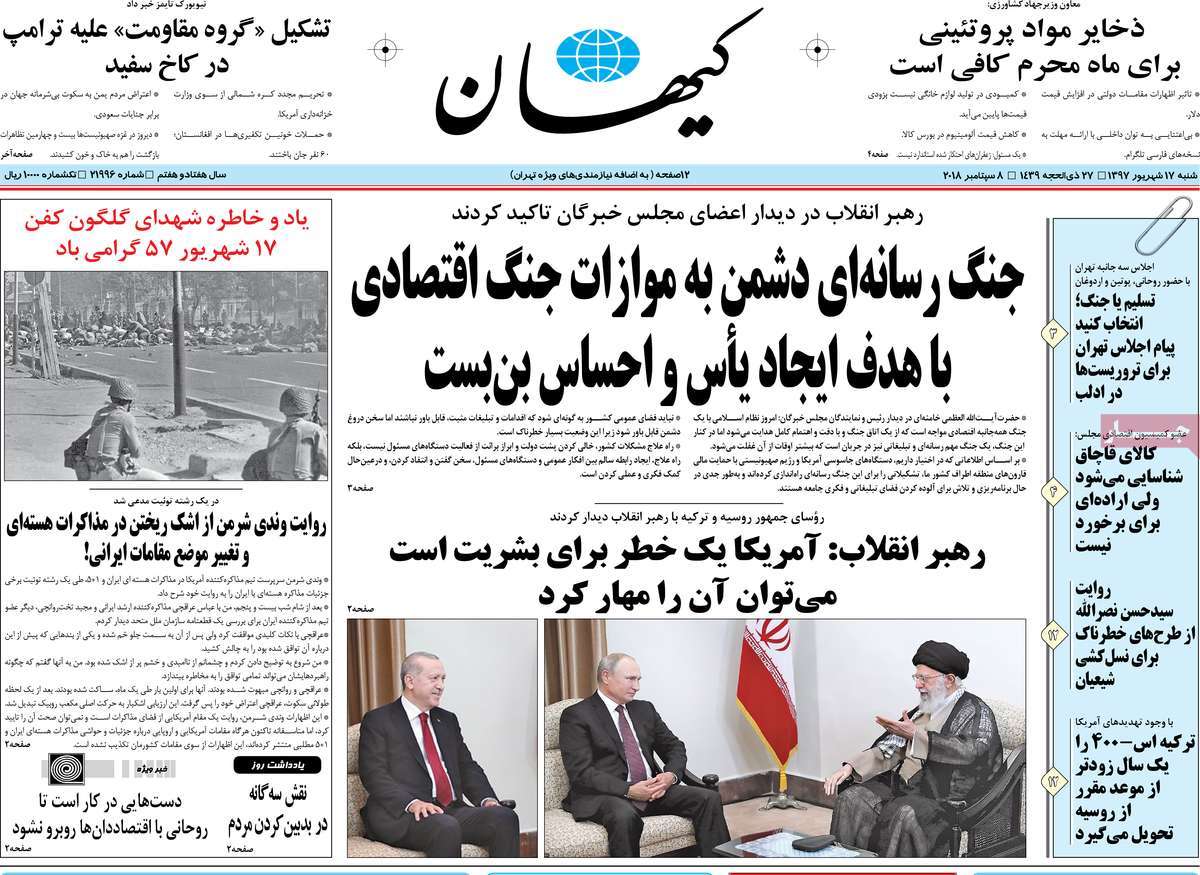 2- US’ Illegal Presence in Syria Must Be Stopped: Rouhani 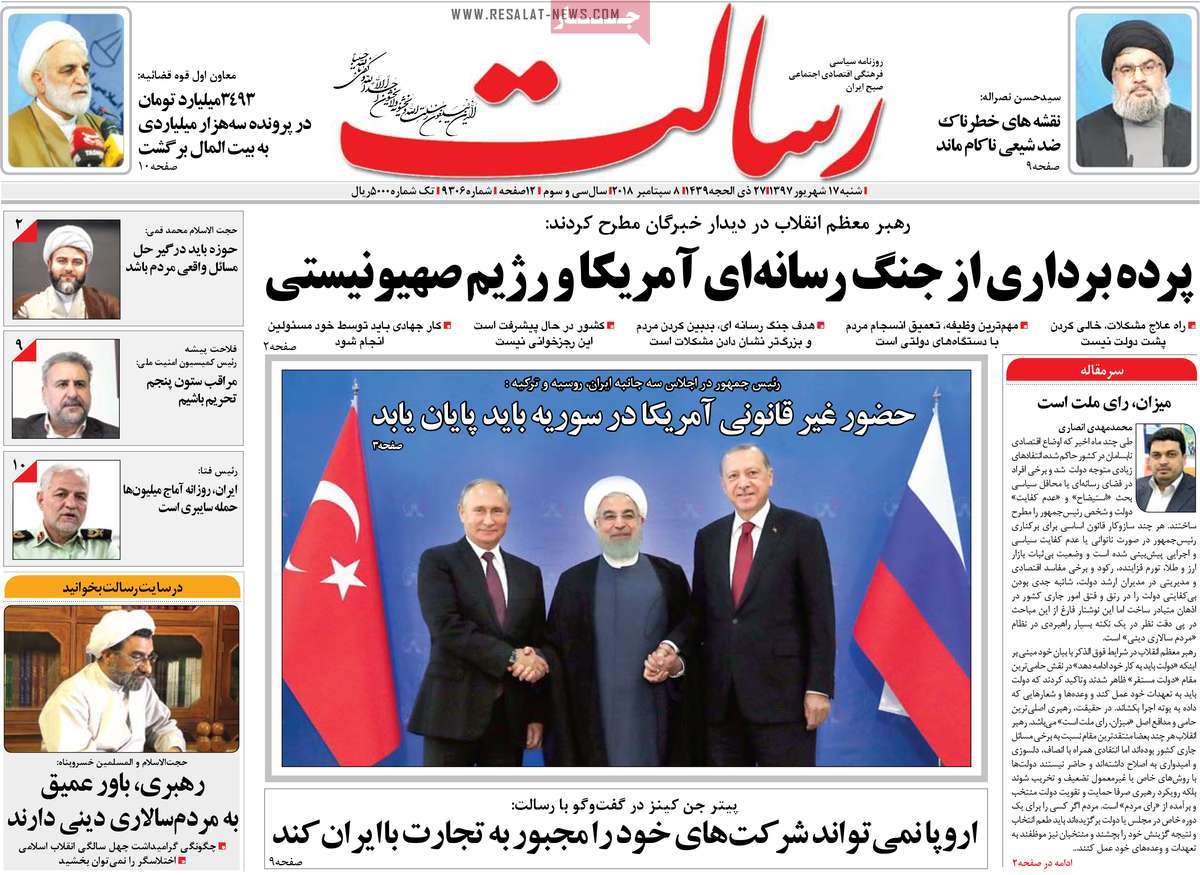 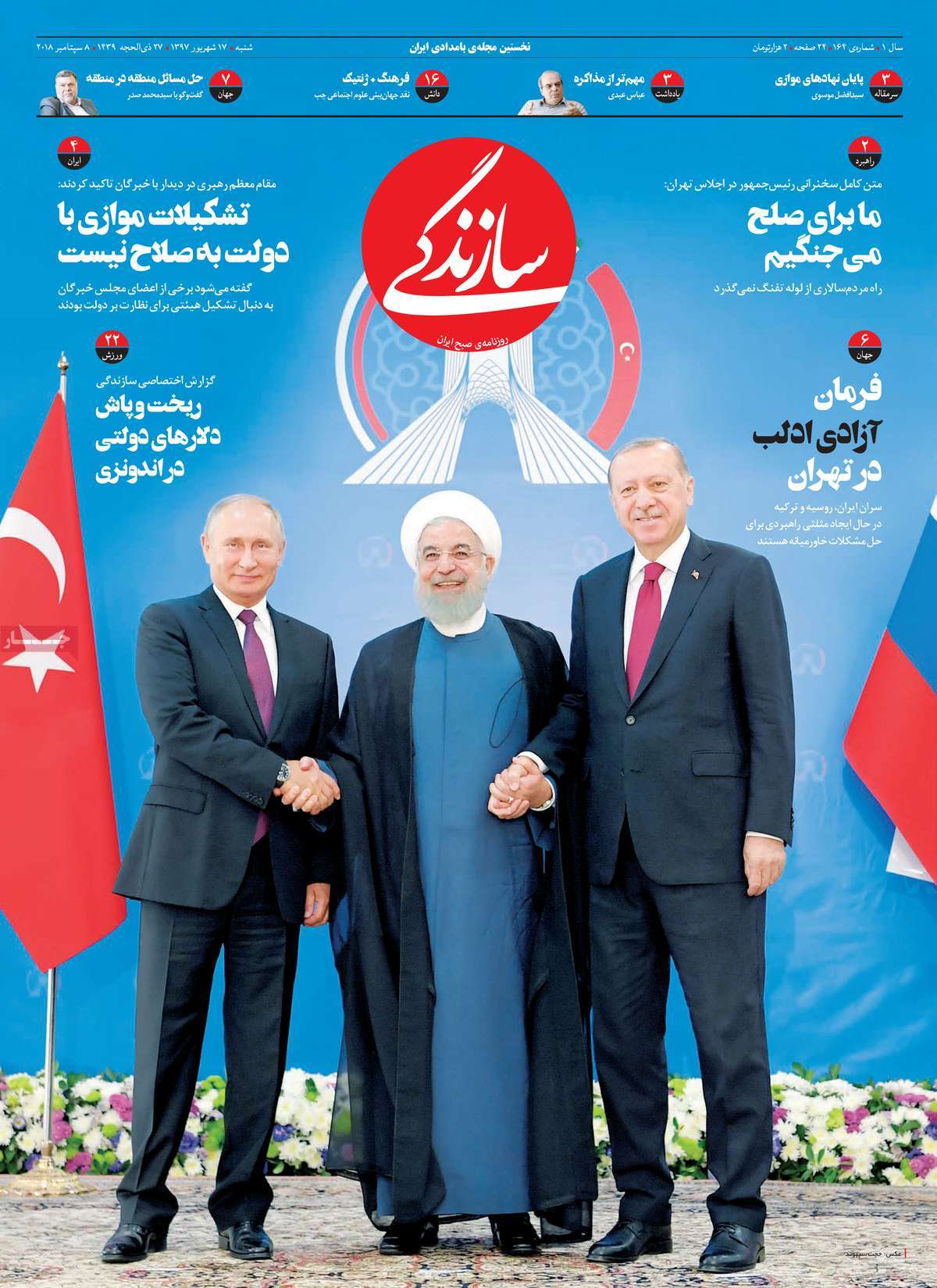 1- Problem-Solving in Absence of US 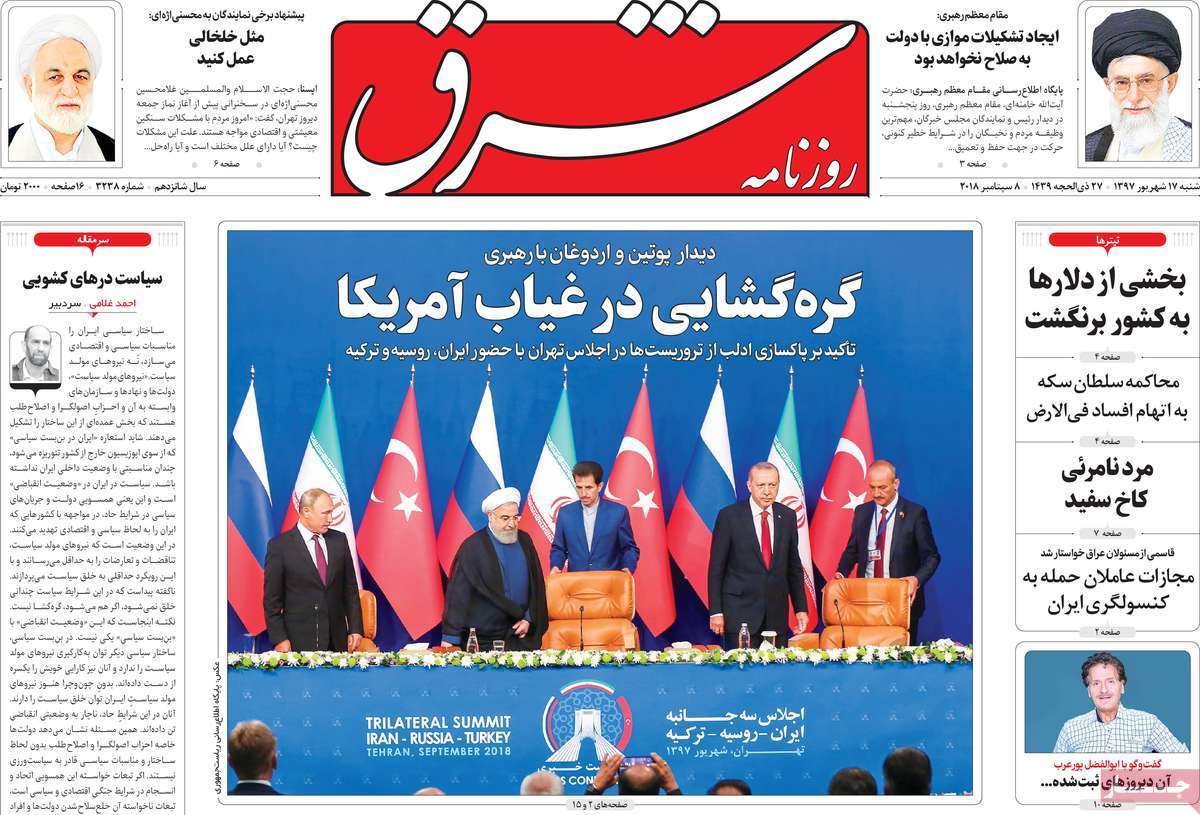