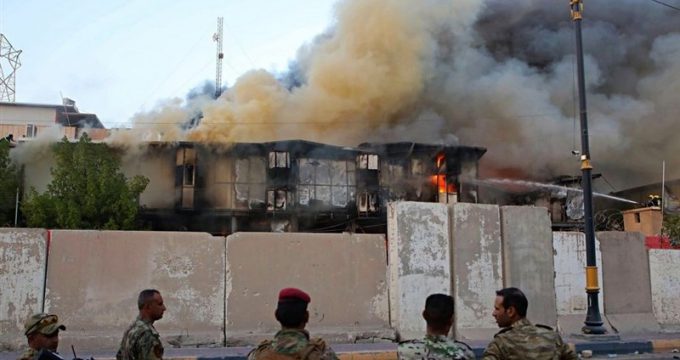 The official said it was not clear who was behind the Saturday morning attack on Basra airport, AP reported.

He said the attack occurred at about 8 a.m. local time and did not cause casualties or disrupt flights in or out of the city. The official spoke on condition of anonymity, citing security concerns. There was no immediate claim of responsibility for the attack.

Hours earlier, protesters stormed the Iranian consulate and set a fire inside.

The US State Department criticized the attack, without explicitly mentioning Iran. “The United States condemns violence against diplomats, including that which occurred today in Basra,” it said in a statement.

More than 10 protesters have died in clashes with security forces since Monday.

Prime Minister Haider al-Abadi has ordered an investigation into the violence.

The unrest in the south comes amid a political crisis in Baghdad, adding to overall tensions in the country.

The newly elected parliament earlier this week held its first session since the national elections in May, but the session was adjourned amid disagreements as two blocs, both claiming to hold the most seats, vied for the right to form a new government.