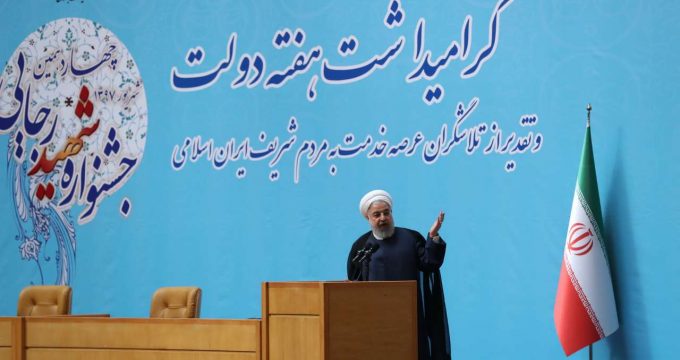 Iran’s Foreign Ministry summoned the Iraqi ambassador to Tehran in protest at a mob attack on the Iranian consulate in the city of Basra and the Iraqi police’s inaction on the incident despite the recent threats against the Iranian diplomatic mission.

Governor of the Central Bank of Iran says Tehran, Moscow and Ankara have agreed on a number of economic measures like removing the US dollar from their mutual transactions as part of efforts to expand their trade relations amid Washington’s pressure.

Iran, Turkey should deepen ties to confront US sanctions

Iranian President Hassan Rouhani said that Tehran and Ankara should boost efforts and cooperation to confront US sanctions.

Iraqi Prime Minister Haider al-Abadi has ordered an investigation into recent violence reportedly sparked by mismanagement and the poor services in the port city of Basra.

Defense collaborations between Iran and China are on top of the relations of the two countries, the defense minister of Iran told the Islamic Republic News Agency (IRNA) on Saturday.

Meeting with his Russian counterpart Vladimir Putin on the sidelines of Tehran summit on Syria settlement, President Rouhani said the level of trust between the two sides for cementing bilateral, regional, and intl. ties is “unprecedented”.

Iranian Minister of Petroleum Bijan Zanganeh said Total was not expected to pay a fine to Iran, but the amount that the company had already spent in South Pars Phase 11 project would not be repaid until the project becomes operational.

An Iranian lawmaker has rejected “baseless” media reports on Iran’s missile exports to regional states, saying the Islamic Republic has never transferred any missile to any part of the world so far.