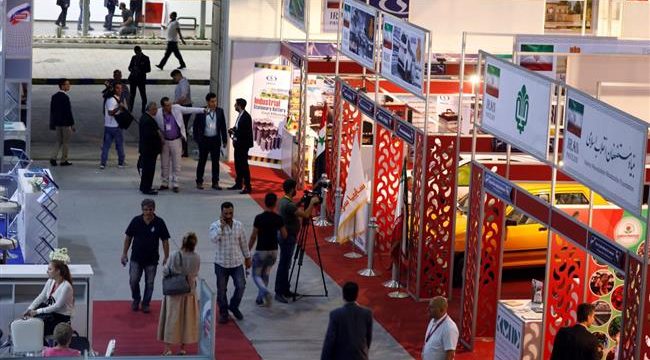 Press TV – As the 60th Damascus International Fair kicks off in Syria, Iran has indicated it is determined to consolidate its place as the top foreign contributor at this year’s event by sending 52 companies – higher than any other participating country.

Iran has sent many of its “major” companies to the Fair, according to Mohammad Reza Khanzadeh, the director of Iran’s Pavilion.

“We have tried to bring our most active companies as well as our best products.”

The event was inaugurated on Thursday night and would close on September 15. Companies from 48 foreign countries as well as about 1,700 Syrian businesses have participated.

Russia – the next biggest participant – has sent 38 companies to the Fair, according to Sputnik.

The Damascus Fair is one of the region’s largest and oldest international economic exhibitions. Held annually since 1954, it was halted from 2012 due to the war in Syria. It re-opened in 2017 after relative stability returned to the country.

As top participants, Iranian and Russian pavilions have occupied around 450 square meters each, dominating the event. Other top participants such as India and Iraq have been given 267 and 100 square-meter pavilions, relative to their number of participating companies.

The increased participation of Iranian businesses this year comes as Iranian economic investors seek to find economic opportunities in various fields of Syria, according to media reports.

Syria has for long been preparing for the event, inviting various foreign parties and diplomatic envoys, renovating the site and setting up appropriate transportation venues for the Syrian public to attend.

The Fair is an indication of Syria’s resolve in overcoming the economic fallout of more than eight years of war imposed on the country, according to Syrian Prime Minister Imad Khamis.

“As it has won its war against terrorism, Syria will gain victory in the war of reconstruction and building to become a state that could be difficult to ignore at international and regional circles” Khamis said at the inauguration ceremony on Thursday.

This is while countries such as Italy, Germany, France, Japan, South Korea, UK, Netherlands, and Singapore have participated via individual agents and companies.

The Damascus Fair – together with the efforts by the Syrian government to expand economic ties with other countries – is regarded as a key part of plans by President Bashar Assad for rebuilding the country – what he has already described as his “top priority”. President Assad has also stressed that the West “won’t be part of reconstruction in Syria, because very simply we won’t allow them to be part of it, whether they come with money or not.”