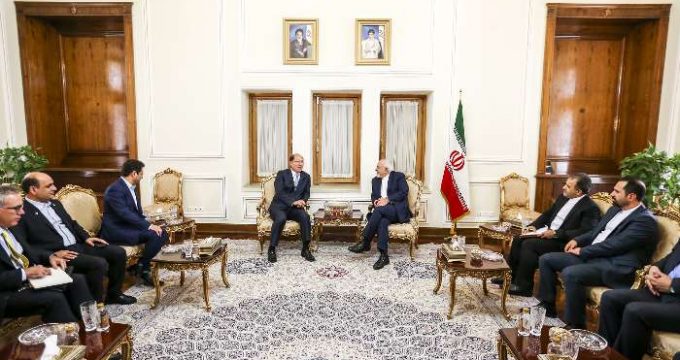 Zarif and Lim met a forum on the 70th anniversary of International IMO and the World Maritime Day in Tehran.

Iran has had significant progress in shipping and maritime industry, and has contributed to a more secure maritime environment by confronting pirates, IMO Secretary General said.

IMO was founded 70 years ago with the goals of safe, secure and efficient shipping on clean oceans.

The secretary general also announced that Iran will be the host of IMO international meetings in 2021 to continue its influential role in maritime industry.

The plan of founding the UN-affiliated organization was ratified at a conference in London in 1948 and officially began its activity ten years later.

Out of 174 member states of IMO, 154 are adjacent to seas and waterways. The membership of 20 landlocked countries in the organization, however, indicates its importance in global maritime trade.