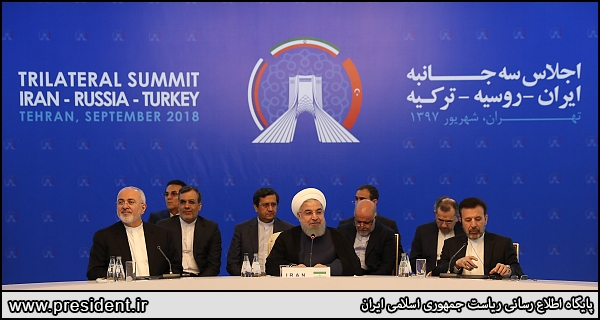 IRNA – Tehran’s trilateral summit on Syria kicked off on Friday evening with the presence of Iranian, Russian and Turkish presidents.

Russian and Turkish presidents arrived in Iran on Tuesday afternoon to attend a trilateral meeting with Iranian president to discuss the Syria crisis.

Rouhani, Putin and Erdogan are to attend a meeting on Friday evening for exchange of views on fighting terrorism and establishing security in Syria.

Tehran summit is held while the Syrian army is preparing to liberate the last major stronghold of terrorist groups in Idlib in northwestern Syria.