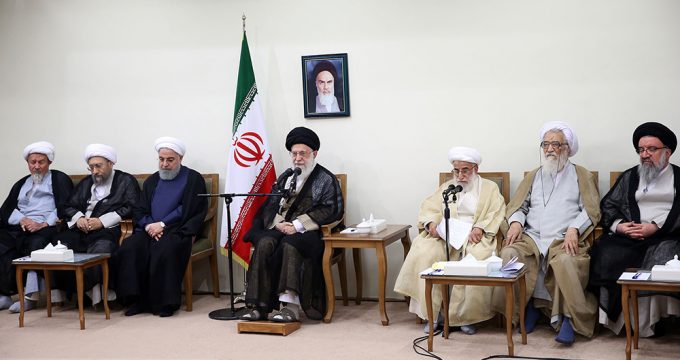 MNA – Members of the Assembly of Experts met and held talks with Leader of Islamic Revolution Ayatollah Khamenei on Thursday.

The meeting is currently taking place, the details of which will be later published.

Iran’s Assembly of Experts, chaired by Ayatollah Ahmad Jannati, held its fifth official session on Tuesday, during which members blamed mismanagement for the plummeting currency and struggling economy.

The body is tasked with appointing the “Leader of the Islamic Revolution” and overseeing his work.